It seems like Prince Harry is just getting started. Just three months after his and Meghan Markle’s much publicized and highly controversial interview with Oprah, Prince Harry, in an episode of the Armchair Expert podcast dropped a few more bombs that likely have the palace scrambling. 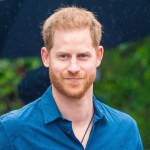 Talking to podcast co-host Dax Shepard, Prince Harry revealed that he hoped to “break the cycle” of “pain and suffering” that he experienced over the course of his own childhood. Harry and Meghan share one son, Archie, and have a daughter on the way, and the royal has vowed to raise his children differently than how he and his brother were raised. “I don’t think we should be pointing the finger or blaming anybody, but certainly when it comes to parenting, if I’ve experienced some form of pain or suffering because of the pain or suffering that perhaps my father or my parents had suffered, I’m going to make sure I break that cycle so that I don’t pass it on, basically.” He added, “It’s a lot of genetic pain and suffering that gets passed on.”

Prince Charles was born in 1948, just a few years before his mother, Queen Elizabeth II, ascended to the throne after the death of her father, King Edward. When Charles was 4, his mother the Queen and his father Prince Philip, left him and his sister, Princess Anne, in the care of nannies for six months while they toured the Commonwealth. Another similar trip took place the following year as well.

It’s been noted many times that Charles was raised primarily by the palace staff and his grandmother, the Queen Mother, with nannies and butlers acting as stand-in parents. This type of Victorian-style upbringing wasn’t uncommon back then for nobility, but being raised by staff instead of his actual parents had to have left some deep marks on Charles’ psyche, marks that Harry implied had been passed down to him.

“Charles didn’t receive any parenting,” Tom Quinn, a royal author, says in the new documentary Charles & Harry: Father & Son Divided airing on the UK’s Channel 5 this Sunday, per the Daily Mail. “Although Charles tried to be a more modern parent he didn’t have the tools because he didn’t grow up with them. Diana actually joined in their games, while Charles would have said ‘off you go.’”

In looking back over his childhood and exploring his father’s childhood, Harry said he realized a few things. “I started to piece it together and go, ‘OK, so this is where he went to school, this is what happened, I know this about his life. I also know that is connected to his parents, so that means he’s treated me the way he was treated, so how can I change that for my own kids?’”

A post shared by The Duke and Duchess of Sussex (@sussexroyal)

For starters, Harry and Meghan left the royal family and moved to California, away from the pressures of the palace and by all accounts, it sounds as if their little family is thriving. “Living here now I can actually lift my head and I feel different, my shoulders have dropped, so have hers, you can walk around feeling a little bit more free, I can take Archie on the back of my bicycle, I would never have had the chance to do that.”