When schools were first closed, it was easy to assume that most kids were fine with staying home from school. It was like a bonus school break, only maybe with extra stressed-out parents. But as these weeks drag on, they’re missing more and more of the experiences that we’ve all traditionally valued as part of childhood. Now, many parents and schools are doing their part to make sure one high school milestone, prom, won’t be missed entirely.

In some case, it’s been up to moms and dads to cheer up their disappointed teenagers. In Sweetwater, Texas, mom Jaci Chapman decided to hold a “Porch Prom” to cheer up her daughter, Grayson. She got her other two kids in the family dance party, complete with festive lights, cupcakes, and fast food.

“We put a speaker out, ordered some Whataburger and just made sure she had fun at this porch prom set-up,” Chapman told MySanAntonio.com. “With everything going on, we are trying to find the silver lining in things.”

“Sadly, we are missing out on all these memories, but it’s small things like this that will take your mind off things and help make it a little bit better,” Grayson told the site.

We’re also very impressed with how dad Lance Word in Tuscaloosa, Ala., stepped up for the occasion — even acquiring a three-piece suit, corsage, and boutonniere — to make his daughter Haeli Randle feel special on her prom night.

“Senior prom and graduation is something you look forward to as soon as you get into high school, so I’m just trying to keep it together,” Randle told WIAT.

Another Texas teen, Katherine Neely, got a prom surprise from her dad, who showed up at their door with a promposal poster inviting her to “non-prom” last weekend. Neely put on her prom dress on Saturday night and went with her parents to an empty country club in Amarillo to take photos. According to local station Fox 6, they danced in a gazebo, too.

Some schools have gotten a little more organized to make virtual prom events for students. Newberg High School in Oregon hired a DJ to stream a YouTube live event on the day of their prom.

“I can’t even put into words what I imagine these seniors are feeling,” Mark Brown, the school’s assistant principal, told news station KATU2.  “They’ve been looking forward to this year for the past 13 years, since they started kindergarten. My heart hurts for our kids.”

And in some cases, students are taking their prom-planning into their own hands. Olivia Oosterhouse put on her prom dress for her classes last week, in Charlotte, N.C., and then encouraged her friends to do the same for a little party that night.

“Just having everyone get all dressed up,” Oosterhouse told WCNC of the goal of her gathering. “I was like, ‘Give us a spin.’ Everyone was in better spirits after that.”

As sad and disappointed as these kids must feel, even with these cute prom replacements, we’re sure parents aren’t completely heartbroken about having no real proms this year. According to Yahoo, the average teen can spend $600-$700 on prom night, depending on where they live. Plus, with kids staying home, no one has to worry about drinking and driving or other after-party hazards. Social distancing does have its side benefits!

Comfort your teens with the fact that they aren’t going to prom wearing any of these dresses. 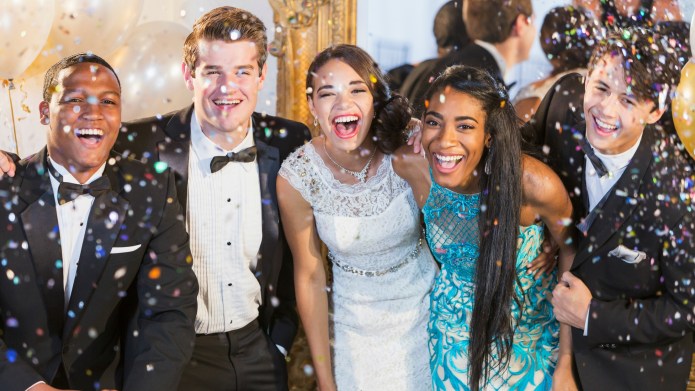 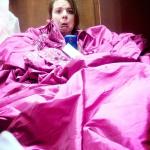 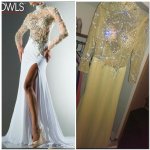 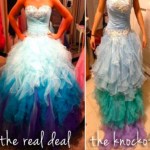 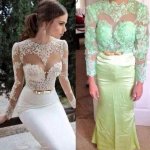