Prince Harry revealed another of Archie’s first words, and we might’ve teared up a little when we heard what it was. It’s definitely sweeter than “crocodile.” 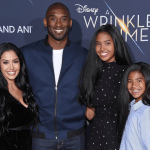 In his new docuseries The Me You Can’t See, which he created alongside Oprah Winfrey for Apple TV+, Harry said that one of Archie’s first words was “grandma” — referring to Princess Diana, Harry’s mother who was killed in a car accident in 1997 when the prince was just 12 years old.

“I got a photo of her in his nursery, and it was one of the first words that he said — apart from ‘mama,’ ‘papa,’ it was then ‘grandma’. Grandma Diana,” Harry said.

In his series, Harry has been candid about the mental health struggles he’s lived with since the death of his mother, saying that he never properly processed his grief after her death in part because the palace didn’t provide him the necessary support.  “I wasn’t in an environment where it was encouraged to talk about it either, that was sort of, like, squashed,” he told Winfrey.

“I wish she could’ve met Meghan,” he said of his mom. “I wish she was around for Archie.”

“I have no doubt that my mom would be incredibly proud of me. I’m living the life that she wanted to live for herself, living the life that she wanted us to be able to live,” Harry said about being free from the constraints of life as a senior royal. “So not only do I know that she’s incredibly proud of me, but that she’s helped me get here. And I’ve never felt her presence more as I have done over the last year.”