Another one! Morgan Beck announced on Wednesday, May 19, that she is pregnant with her sixth child with Bode Miller, his eighth.

“We are so excited to share some very big news,” the former professional volleyball player, 34, wrote via Instagram. “We Are Pregnant! Family means everything to us, and we are so excited that ours continues to grow! Baby Miller Ocho coming November 2021.” 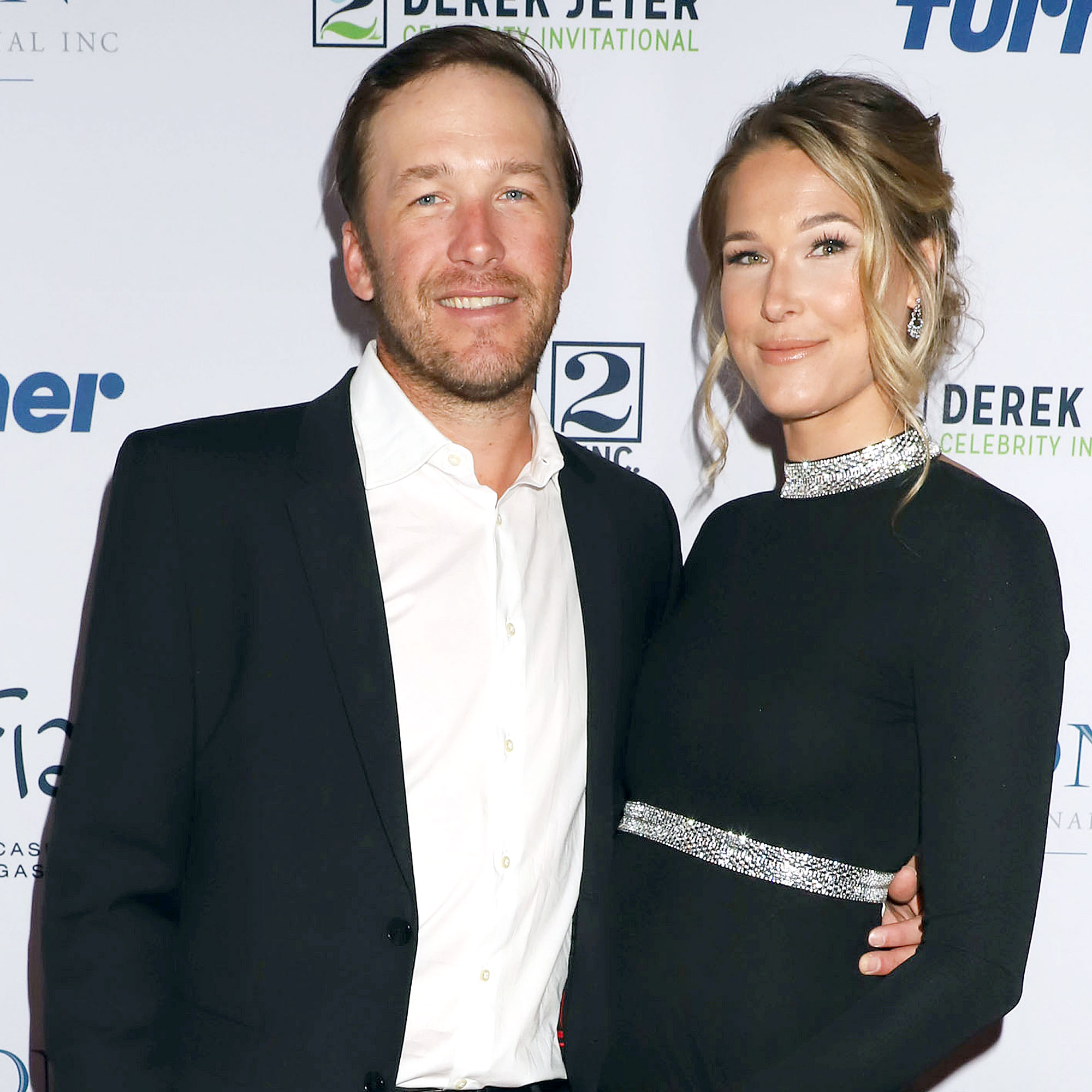 The Olympic ski racer, 43, called his wife “beyond incredible” in a post of his own, gushing, “Cat’s outta the bag: we’re at the finish line. Excited to announce that Miller baby ocho is due in November!”

The New Hampshire native first became a father in 2008 when he and his then-girlfriend, Sara McKenna, welcomed Neesyn, now 13. The former couple also share Samuel, 8.

The athletes felt “closer” to the late toddler when continuing to expand their family after her death. “Losing a child while pregnant was the most confusing experience of my life,” the California native captioned an August 2019 Instagram post. “The conflict of emotions from what was pure joy turned to guilt and terror overnight. How could I love this baby the way I loved Emmy? Was it OK to love this baby the way I loved Emmy? It felt like by loving my son, I was trying to replace her.”

The model “couldn’t have been more wrong,” she continued. “Easton provided us an even closer bond to his sister. The moment I heard his cry, something sparked back alive in my soul. Hope. Love. I’m not sure. But in that moment, I knew I was Mom, and my kids deserved the world from me. Everything was going to be OK. My joy and grief could coexist.”

When Beck gave birth to “miracle” twin boys in November 2019, she told Savannah Guthrie that she believed Emmy “had her hands” in their arrival.

“Bode from the beginning of our relationship has always said, ‘I want identical twin boys born on my birthday,’ and this time when I found out I was pregnant, I said, ‘Do you think it’s twins this time?’ and he said, ‘No,’” the University of California Berkley grad explained during the Today appearance. “So I went to the ultrasound appointment by myself, but sure enough, identical twin boys.”