Helping hands! Pregnant Lindsay Arnold is preparing for motherhood with the help of her fellow Dancing With the Stars pros.

“[Peta Murgatroyd] was so happy for me,” the Utah native, 26, exclusively told Us Weekly on Monday, June 29. “Ever since she had her baby, she’s just been like, ‘Lindsay … it is the biggest and most incredible thing that will ever happen to you. So don’t be nervous. It’s going to be incredible.’ It was cool to have that reassurance from her before and … now [she’s like], ‘If you need anything, let me know.’” 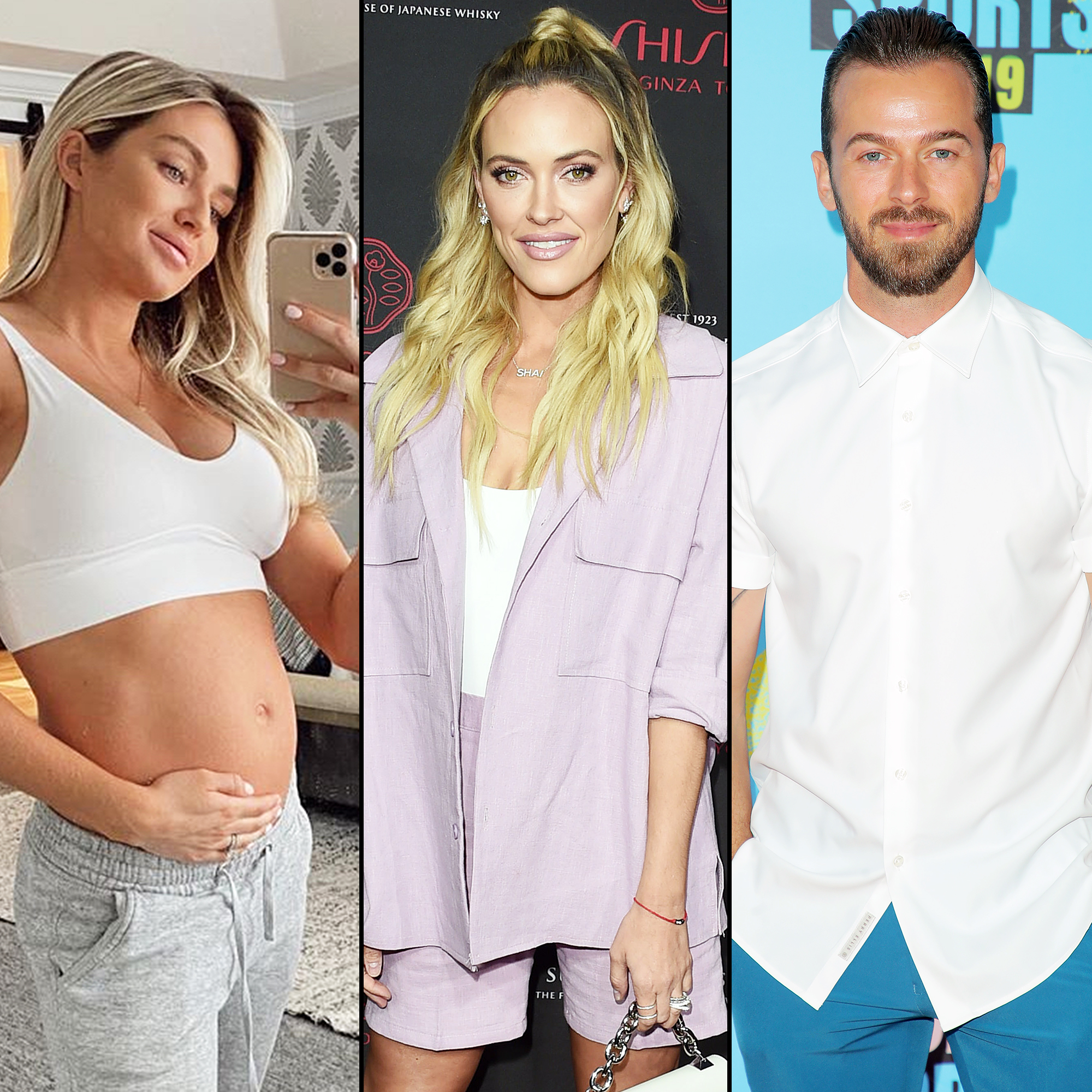 The Latin dancer, 33, has been “a huge inspiration” for Arnold ahead of her first child’s arrival. She gushed over the way Murgatroyd came back to the ABC show from her son Shai’s 2017 birth “stronger ever,” noting, “It’s been very cool for me to watch her do that and realize just because I’m having a baby doesn’t mean I’m done with what I love to do.”

As for Artem Chigvintsev, Arnold has had “fun chat[s]” with the dad-to-be, 38, and his fiancée, Nikki Bella, as they await their son.

“It’s just so cool seeing him become a dad and knowing that his life is about to change in that way,” Arnold explained to Us. “Then being able to talk with Nikki about like, ‘Did you feel this was this normal?’ It’s nice to have that support system around you.”

The So You Think You Can Dance alum is planning to call Karina Smirnoff soon, saying she’s an “incredible mother” to her son, born in April, and has been in contact with her season 28 partner, Sean Spicer.

“When I told him, he was like, ‘I’m so happy for you. You’re going to be such an incredible mother,” Arnold told Us. “It was very sweet of him.”

She announced in May that she and her husband, Sam Cusick, are expecting their first child. Later that same month, they revealed that they have a baby girl on the way.