After her May 2020 miscarriage, Lauren Burnham has a different perspective on her changing pregnant body.

“I do feel very confident,” the Shades of Rose designer, 29, recently told Us Weekly‘s Christina Garibaldi and Stroller in the City’s Brianne Manz on the Thursday, May 6, “Moms Like Us” episode. “I mean, after we had our miscarriage last year, I just am so grateful for being able to be pregnant again. … I’m just, like, rocking it and embracing it. And it’s such a beautiful time for me.” 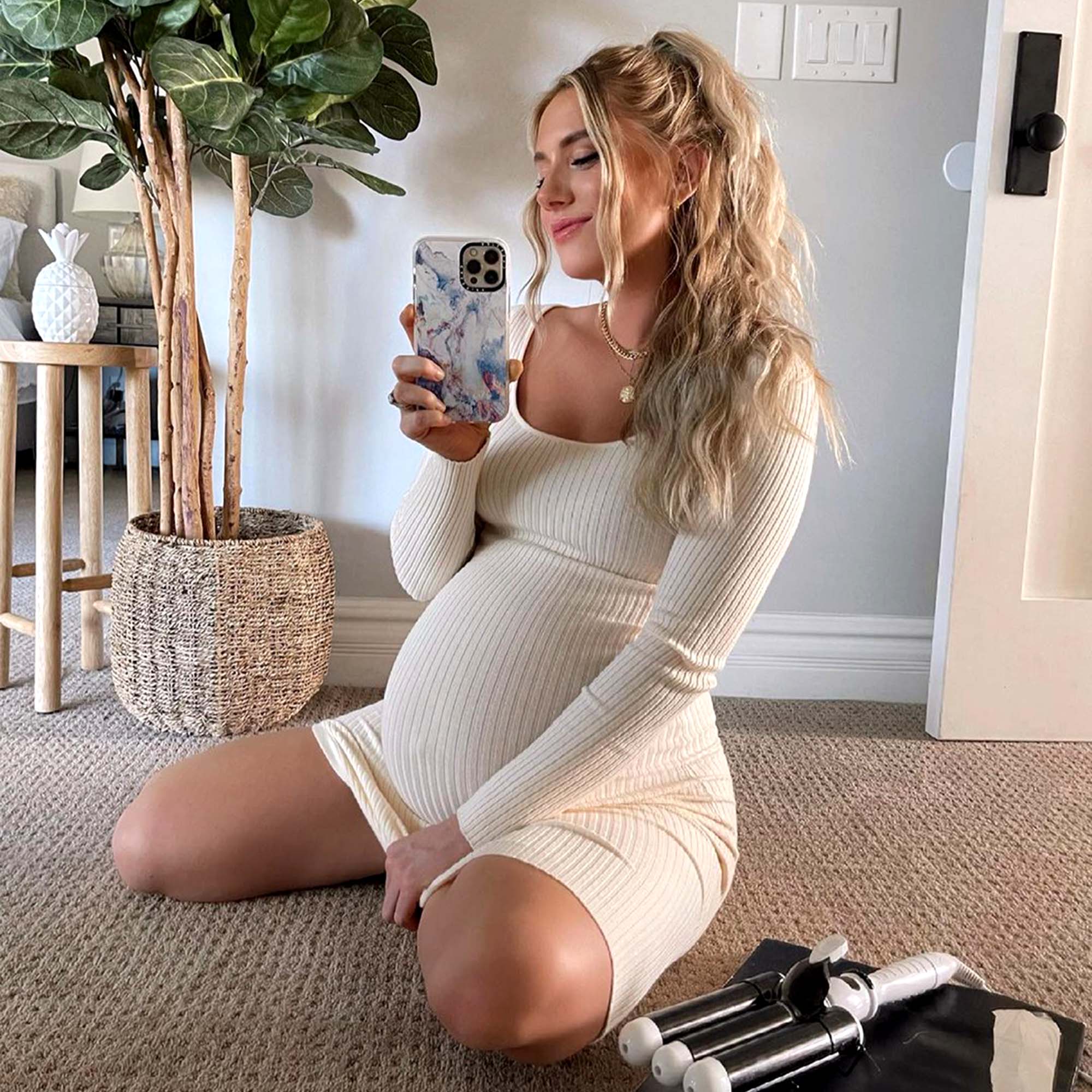 The former reality star added that while body insecurities are now “irrelevant” to her, she does notice that her skin “isn’t as smooth and tight as it normally is.”

The Virginia native explained, “I wear, like, shirts over my bathing suits sometimes just because I’m showing a lot of skin here. Like, I can’t fit in a one-piece. I’m wearing two-pieces all the time and there’s just a lot of belly happening. I try and cover up just a little so I don’t scare anyone.”

The Bachelor alum’s husband, Arie Luyendyk Jr., “definitely” is a big fan of her baby bump. “He’s like, ‘I love that belly. I miss it when it’s gone,’” the pregnant star told Us. “He’s like, ‘I’m so happy that it’s back.’”

The Bachelor Nation members previously welcomed daughter Alessi, now 23 months, in May 2019. While Burnham did “miss feeling those kicks” after the little one arrived, she “kind of felt like a deflated balloon.”

Burnham gained 50 pounds during her first pregnancy, which initially made her “question” conceiving again. “It was really difficult,” the fashion designer exclusively told Us in May 2020. “I could barely breathe or talk. I think I just had way too much ice cream, so I gained a lot more weight than I should have, and it made things really difficult for me. So, I won’t do that the next time. My doctor was like, ‘Lauren, it may be time to calm down on the desserts.’”

Celebrities Who Struggled to Conceive

The Bachelorette alum, 39, chimed in, “She still looked cute.”

The Netherlands native’s wife was “pretty much” back to her pre-pregnancy body at that time. “It took me a lot longer than I expected … but I’m happy,” Burnham told Us. “I feel like I have a lot more skin on my stomach now. My skin never stretched out as much as it does. So that’s the one thing I’ve had to get used to, but it’s not really a big deal.”