Kaley Cuoco and boyfriend Tom Pelphrey may still have a few weeks to go until parenthood truly sets in, but they’re teeming with excitement for their little bundle of joy to arrive and make their new roles as mom and dad official.

Enjoying what some may call a “babymoon,” Cuoco shared several photos (see them HERE) on her Instagram Story of herself and her beau relaxing in the tropics. One funny snap showed Pelphrey standing under a beach hut, bogged down with an armful of items including two towels, two water bottles, a pair of sandals, and what looks like a woven purse or sunhat. The actress aptly captioned the photo, “Already in dad mode carrying a ton of sh*t lol.”

Cuoco also posted a photo of herself and Pelphrey standing in the sand, him giving the camera a wide smile and her playfully sticking her tongue out while holding a beach towel against her growing bump. She added a cute gif that says “PARENTS” to the Story.

Documenting their getaway further, the Big Bang Theory star shared two photos, selfie-style, of herself and Pelphrey lounging on a patio in chaise chairs. The mom-to-be is seen in an unbuttoned striped men’s dress shirt with nothing underneath, looking content and zen as could be.

The couple revealed their happy news in October 2022, with Cuoco sharing a photo of herself and Pelphrey on her Instagram. Pelphrey holds a piece of cake with pink icing at its center, and the caption reads, “💕Baby girl Pelphrey coming 2023💕 beyond blessed and over the moon… I 💓you @tommypelphrey !!!” 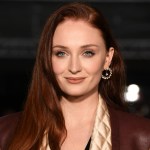