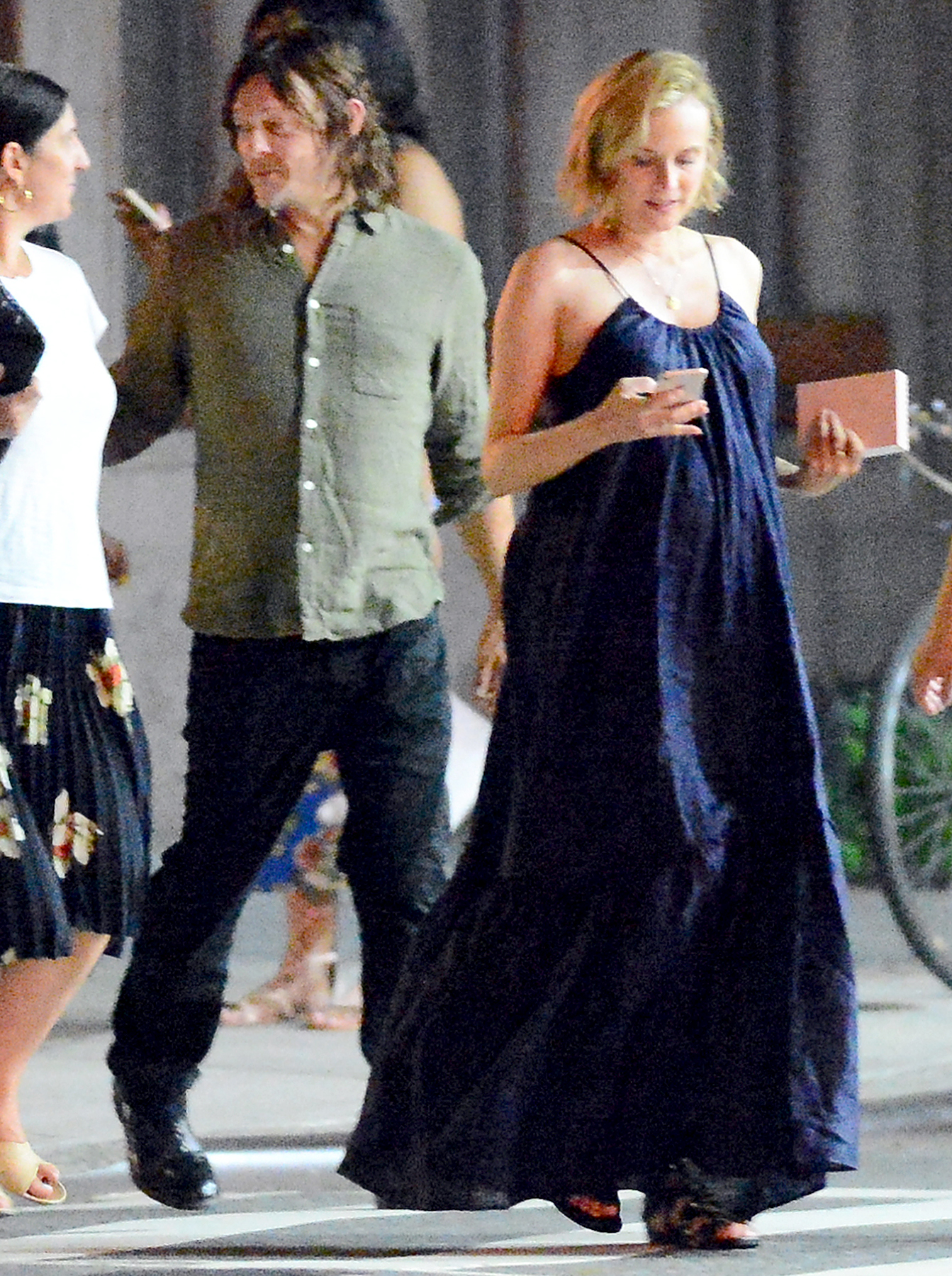 There it is! Pregnant Diane Kruger appeared to be hiding her baby bump in loose-fitting gowns at the Cannes Film Festival in May. But there’s no masking her belly anymore!

Even in a flowy blue maxidress the 42-year-old’s growing tummy was on display during an evening stroll with her boyfriend, Norman Reedus, in New York City on Monday, August 13. The following day, while hailing a taxi cab, the Inglourious Basterds actress showed off her changing shape in a floral peasant blouse paired with blue stretchy jeans. 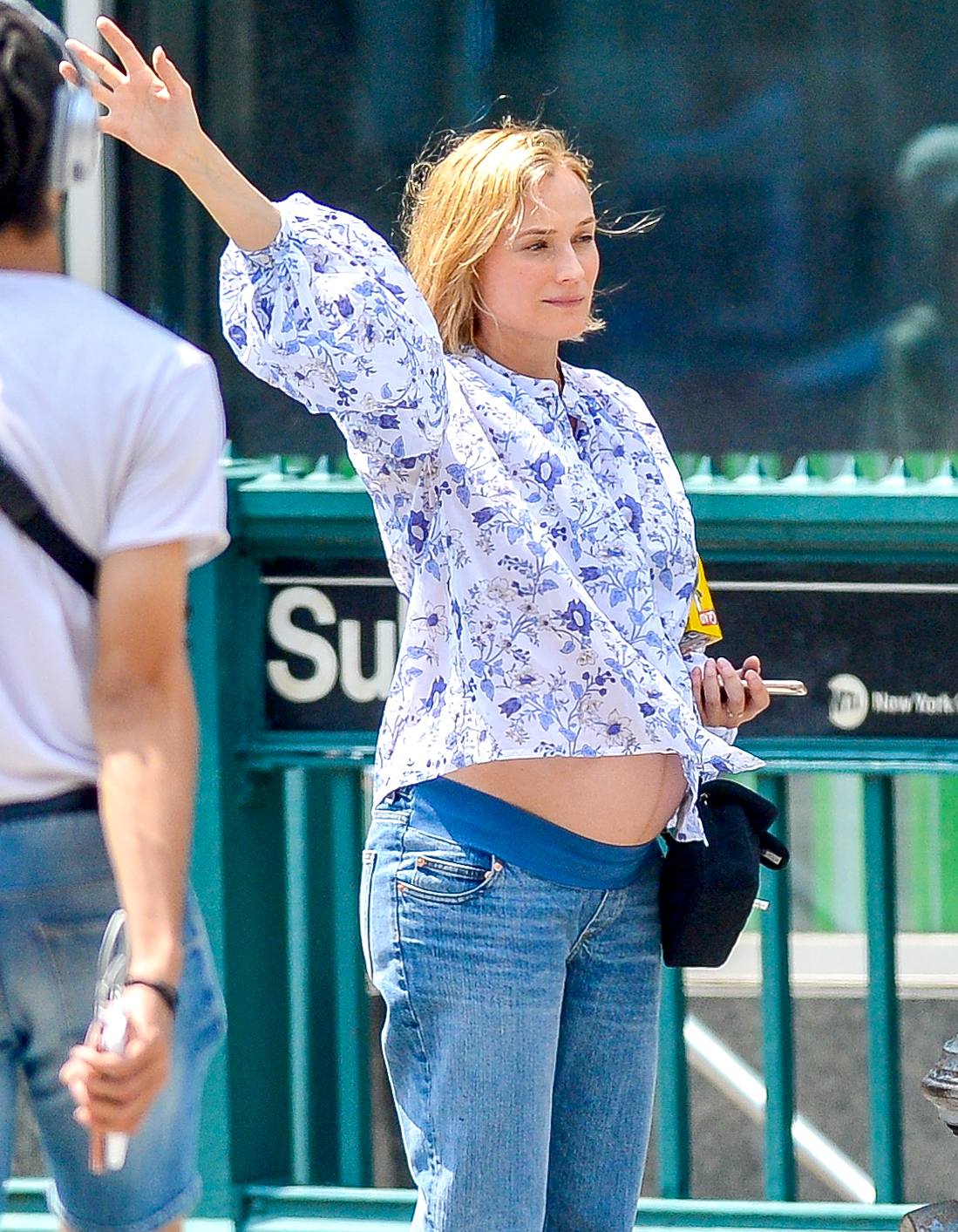 Us Weekly exclusively confirmed on May 29 that Kruger and the Walking Dead star, 49, are expecting their first child together. Reedus shares son Mingus, 18, with his ex-girlfriend Helena Christensen.

Reedus and Kruger were spotted kissing in Manhattan in March 2017, but waited until the 2018 Golden Globes red carpet to make their relationship public. Days later, they took it a step further and smooched for cameras at the Critics’ Choice Awards.

Reedus wished the mom-to-be a happy birthday on July 14 with a silly Instagram photo in which they are both wearing face masks and sticking out their tongues. “HAPPYBIRTHDAYSUNSHINE,” he captioned the goofy pic.

The German actress was married to French director Guillaume Canet from 2001 to 2006, and split from The Affair’s Joshua Jackson in 2016 after 10 years.

Kruger told Vulture in January that her split with Jackson, 40,  was “a long time coming,” and never regretted the decision. “It wasn’t like an an urgent, ‘Oh, my God, I can’t sleep at night thing,” she told the magazine. “Actually, it felt liberating because I didn’t have to worry about that anymore, so I could immerse myself 100 percent into something else.”