“I swear I already have a bump and I’m fairly early, but I guess once the fourth baby [comes], you just be popping right away,” the Teen Mom 2 star, 28, said on her Thursday, August 6, Instagram Story.

The reality star went on to thank her followers for their congratulatory messages, saying, “It still feels crazy that everybody knows. … I was so afraid that I was going to say something because I am such a bad liar and not good at hiding things so I haven’t been on social media. But I am so excited to share this whole process with you.”

The MTV personality’s video came hours after the South Dakota native announced that she and her husband, Cole DeBoer, are expecting their third child together, her fourth. The couple already share Watson, 3, and Layne, 17 months, and she welcomed Aubree, 10, in 2009 with ex Adam Lind. 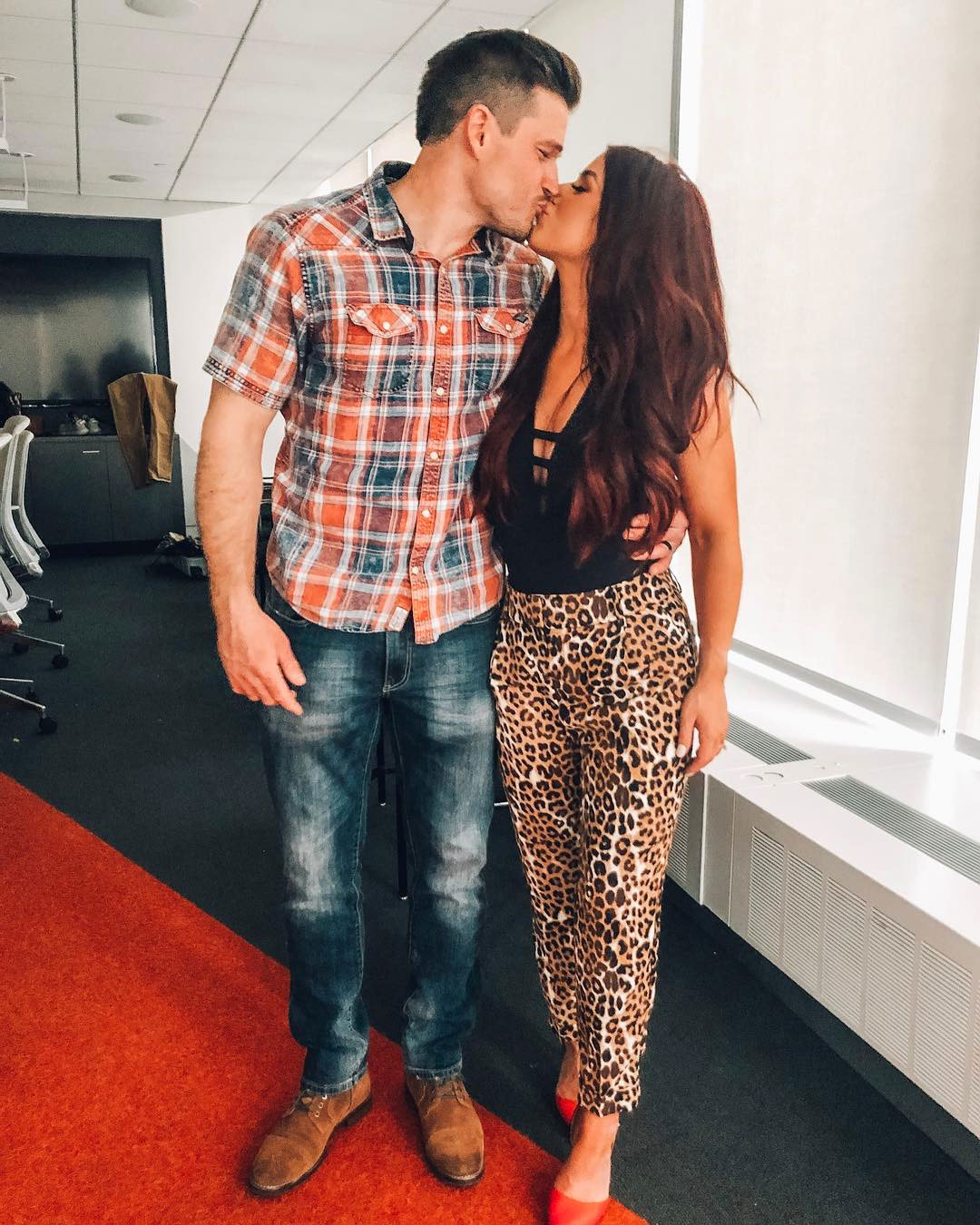 “One more DeBoer! Coming early 2021,” Houska captioned an Instagram photo featuring her and her family’s names, as well as “Baby.”

Kailyn Lowry commented, “This! So happy for y’all,” while Jamie Lynn Spears wrote, “Omg, you are going all in. Good for you!! Congrats to you and your beautiful family!!”

In February 2019, Houska was asked on her Instagram Story if she and DeBoer, 32, wanted more kids. “We do!” she replied. “I don’t think I would do a home birth, but I would love to try a water birth at the hospital with my next.”

The former esthetician went on to write that her eldest daughter is “a HUGE help” and a “great big sister” to Watson and Layne.

She and her husband tied the knot in 2016. “Honestly, there’s just no one that I’ve met that’s so respectful and just nice and I trust him, which is a big deal, because it’s hard for me to trust people or guys, mostly,” Houska gushed exclusively to Us Weekly of the traffic control specialist the previous year. “He’s so sweet, kind of like old-fashioned gentleman type of guy.”