Setting the record straight! Jessa Duggar responded to rumors that she is pregnant with her and husband Ben Seewald‘s fourth child.

When the reality star, 27, posted a picture of her 3-year-old son Henry’s “shorter haircut” on Saturday, August 1, an Instagram user commented: “Will you announce your 4th pregnancy soon? Noticed the bump.”

The Counting On star replied, “There’s no baby behind the bump — only tacos. Thanks for asking.” 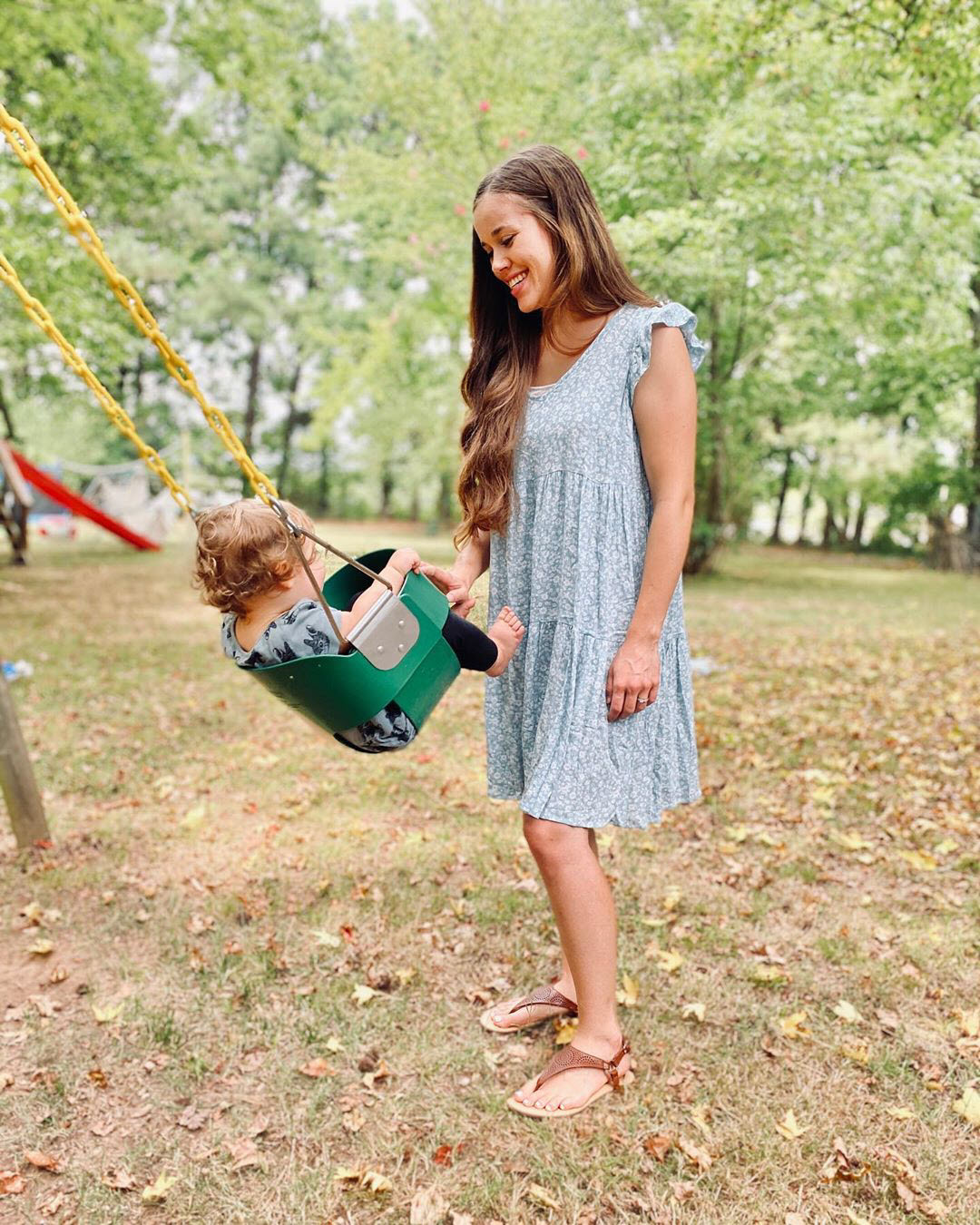 The speculation came nearly a week after Duggar shared a photo of herself pushing her daughter, Ivy, 14 months, on a swing while wearing a loose-fitting dress.

The TLC personality exclusively told Us Weekly earlier this month that she and Seewald, 25, are considering adoption for baby No. 4.

“We could wait until all of our kids are grown and gone and then adopt, but I also think it’s kind of cool to have an adopted child growing up with the other kids,” the 19 Kids and Counting alum told Us on July 1. “We’re just in a stage of, like, meeting with people who have adopted and getting advice, hearing their stories and seeing what that might look like for us.”

Her husband went on to tell Us that they are asking adoptive parents: “What avenues did you go through [for] foster care and adoption agencies? Were you adopting local [or] international?’”

While they’re in a “good season” with Henry, Ivy and their older brother, Spurgeon, 4, the couple still get “baby fever.” Duggar told Us at the time: “I guess we’re kind of taking it one at a time and we’re thankful for each one.”

For now, the pair are enjoying life with their little ones and gushed about Ivy’s latest milestones. “She’s very adventurous and she pretty much tries anything that we’re eating,” Duggar told Us of the toddler, adding that Ivy is also running and saying “food words.”

She and the Arkansas native tied the knot in November 2014.