On the fence. Pink was uncertain whether she should take her and Carey Hart’s 3-year-old son, Jameson, to the hospital when he contracted coronavirus.

“At one point when he started throwing up and saying he had chest pains and it hurt to breathe, that’s the point where you just kind of like, ‘OK, are we going to the hospital? What are we doing right now?’” the singer, 40, said during a virtual Thursday, April 9, appearance on The Ellen DeGeneres Show. “This is the scariest thing I’ve ever, ever been through in my whole life.”

The Grammy winner’s son started exhibiting symptoms on March 14 with a fever, Pink told Ellen DeGeneres. “It would come and go, and he would have stomach pains and diarrhea and chest pains and then a headache, sore throat,” she explained. “It sort of was just all over the place. Every day was just some new symptom. His fever stayed, it didn’t go. And then it just started going up and up and up and up, and then at one point it was at 103.” 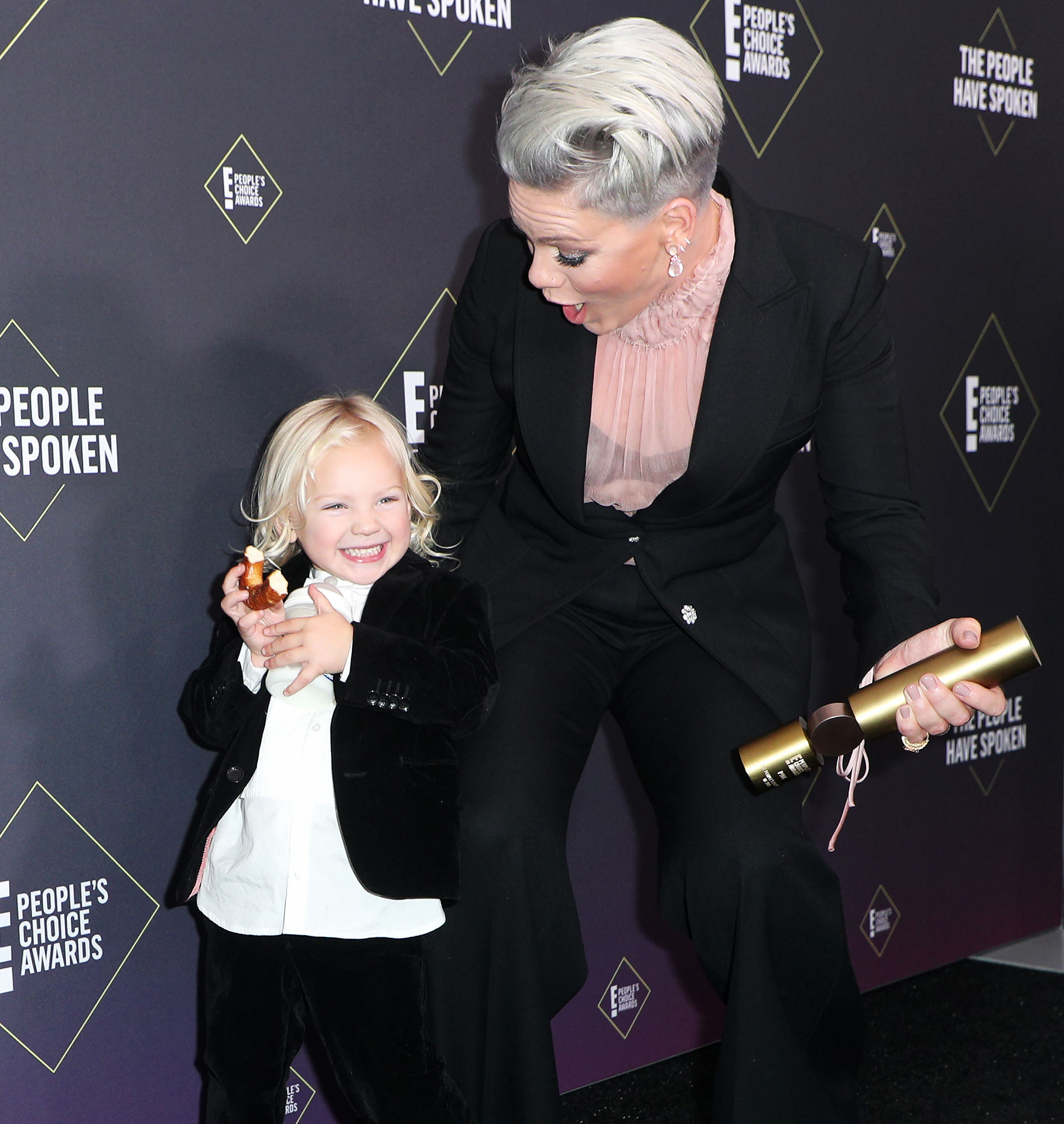 When the Pennsylvania native, who started showing symptoms days after her toddler, called her doctor and asked about their options, he told her that there was “nothing to do.” Pink recalled, “He said, ‘He’s 3. We’re not seeing this take 3-year-olds, so just stay home.”

As for the American Music Award nominee’s husband, 44, and their 8-year-old daughter, Willow, they’re “walking around the house like it’s a normal day, no symptoms whatsoever.”

On Friday, April 3, Pink donated $1 million to COVID-19 relief. “Two weeks ago my three-year old son, Jameson, and I are were showing symptoms of COVID-19,” she captioned her Instagram announcement at the time. “Fortunately, our primary care physician had access to tests and I tested positive. My family was already sheltering at home and we continued to do so for the last two weeks following the instruction of our doctor. Just a few days ago we were re-tested and are now thankfully negative.”