Hanukkah, or Chanukah, is soon upon us, and while kids who celebrate are well aware this means lots of gifts, they may not be familiar with the fascinating story behind how the holiday came to be — and the symbolism that dates back thousands of years.

Check out these crazy facts about Hanukkah that kids may not already know, plus some new and old traditions to fold into your festivities. But fair warning for the littles: It’s a beautiful holiday that sprung from some pretty gruesome origins.

1. It was all started by rebels with a cause

The story of Hanukkah dates back to the second century BC. That’s when Jews rebelled against the Greek-Syrians — who had denied them the right to freely practice Judaism and had demanded that the Jews instead pray to Greek gods. The king’s son, Antiochus IV Epiphanes, descended upon then-Judea, aka today’s Israel, and killed the Jews, destroying their temple and rubbing pigs’ blood, a most offensive symbol, on its walls.

2. Our Hanukkah hero was the son of a preacher man

Judah Maccabee, the son of a Jewish priest, took up the cause — and in two years’ time, he led an army that defeated the Greeks and took back their temple and city. His army was known as the Maccabees.

3. There were some magic lamps — but sadly, no genies — involved

When it came time to rededicate the temple after winning it back from the Greeks, the Maccabees found only enough oil to light their lamps for one night. In what is widely known as “the miracle of Hanukkah,” the oil somehow lasted long enough for the lamp to burn for eight days and eight nights. That’s why we light the menorah with nine candles for eight nights (the ninth is known as a shamash, or “head candle,” and you use it to light the others). 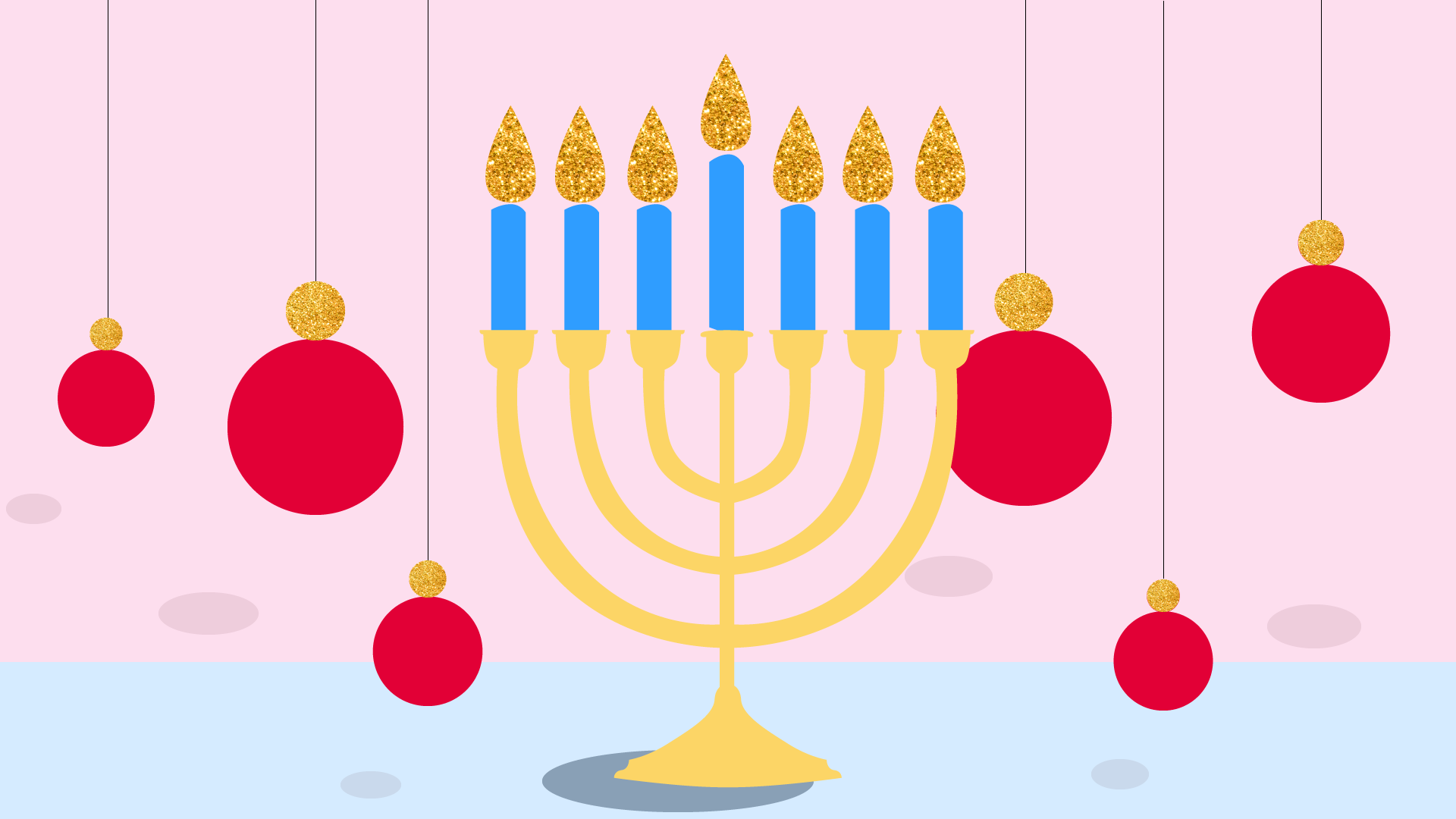 4. It’s on a different day every year — and you can blame the moon

Hanukkah is celebrated for eight days and nights, starting on the 25th in the month of Kislev on the Hebrew calendar. Since the Hebrew calendar is lunar rather than solar, Hanukkah falls on a different day each year, anywhere from November to early January on the Roman calendar that most of us are familiar with. Sometimes Hanukkah falls closer to Thanksgiving than Christmas, and sometimes it overlaps with Christmas.

5. Today, we eat our “magic oil” instead of lighting it

While not at all a part of the original Hanukkah story or even a very old tradition, somewhere along the way, someone with a penchant for fried foods decided that making yummy stuff steeped in oil was a great way to honor the miraculous oil from the temple of olden days. And why not? The two foods most commonly associated with Hanukkah are latkes, or potato pancakes, and jelly doughnuts. So go ahead and enjoy some carb-on-carb action.

5. Hanukkah is a time for putting your money where your mouth is — literally.

The most common traditional Hanukkah gift can be easily found at your local drugstore: gold-colored foil-wrapped chocolate gelt, or money. It’s often given along with or in place of real money. It’s said that after the Maccabees were victorious against the Greeks, they started producing their own money for the first time. The tradition of actually giving kids coins on Hanukkah, though, started many centuries later: in Poland in the 1600s, when it was customary for schoolchildren to give their teachers money around Hanukkah. Those capitalistic kids, naturally, started to demand a handout for themselves as well, which led to the beginning of what is now a major tradition of gifting kids gelt (the kind that melts as well as the real stuff).

6. You basically play poker, only without the cards

In addition to the admittedly more dull part of Hanukkah, when you say the Hebrew prayer for the lighting of the candle, there are several traditions that are a lot of fun for the whole family. The dreidel game is one of these, and you can easily play it with as many (or as few) people as you like. All you need is the dreidel, which is a spinning toy similar to a top, and a pile of pennies or candy — or whatever you’d like to put in the pot. The dreidel has four sides, each with one Hebrew letter on it that symbolizes an action. Spin the dreidel, and if it lands on the “nun,” you do nothing; on “shin” means you put one in; if you land on “he” you get half of what’s in the middle; and the “gimel” facing up means you get the whole pot. Whoever has the most loot when the pot runs dry wins.

There are also easy songs the whole family can sing, including “Dreidel,” “Oh Hanukkah” or everyone’s favorite nontraditional ditty, “The Chanukah Song” by Adam Sandler.

All said, there are plenty of fascinating references and quirky traditions that have emerged from thousands of years of honoring and celebrating Hanukkah — and you can pass them all down to your little ones if you like. So take a cue from the above facts and feel free to mix up contemporary customs with legendary historical drama for a Hanukkah kids will be talking about until, well, the next one. 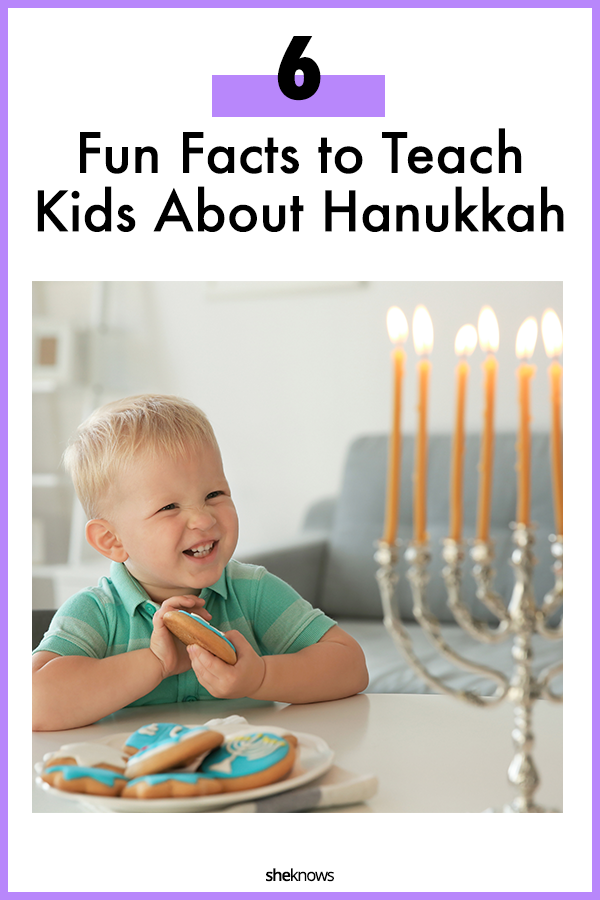 A version of this article was originally published in December 2008.