Sesame Street unveiled a new campaign recently, and oh boy is Twitter loving it. “The ABCs of Racial Literacy” campaign is “designed to provide families with the tools they need to build racial literacy and have open conversations with young children,” according to a spokesperson for the initiative. But after a new clip of the online program, featuring Elmo and the show’s two new Black characters, father and son Wes and Elijah, Twitter is having a field day … and in many cases a very NSFW field day. 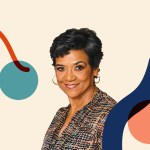 In the video, Elmo asks Wes and Elijah why Wes’ skin is brown. Elijah, the father, explains what melanin is and says that skin color is a very important part of who people are. Though the campaign is much-needed and aims to address the very serious problems of white supremacy and systemic racism in a family-friendly and educational way, adults on Twitter are taking things in a slightly different direction.

The tweet that seems to have started the Elmo meme-fest was posted by user TheDillonOne.

And then the conversation turned to whether or not Elmo is actually Black.

Elmo was voiced by a Black man, Kevin Clash, from his creation until 2012, when he resigned from Sesame Street amid allegations of having sex with a minor. He was later cleared of the charges but the character is now voiced by actor Ryan Dillon.

If your child gets curious about why Elmo is trending and decides a search is in order, this could be the result, so watch out. (JK, why does your kid know what “trending on Twitter” is?)

We won’t share the hilariously inappropriate memes here, but here are a few links. Be prepared, and if you’re with your kids, probably best to use headphones or just save ’em for after bedtime.

Jokes aside, the ABCs of Racial Literacy is a continuation of Sesame Street‘s long history of anti-racism. The show has always featured people (and muppets?) of color, beginning with characters Gordon, Luis, and Maria, who starred on the show since the 1970s, and the much-loved muppet Roosevelt Franklin.

These celebrities aren’t afraid to talk to their kids about racism.