Missing out on his mom’s work! Dylan Jagger Lee has yet to watch Pamela Anderson in Baywatch, which she starred in from 1992 to 1997.

“Oh, my God, I’ve never seen it,” the musician, 22, recently told Us Weekly exclusively while promoting his and Kyle Girard’s debut EP, The Lost Youth, out Friday, May 22, on RCA Recordings. “It’s pretty classic.” 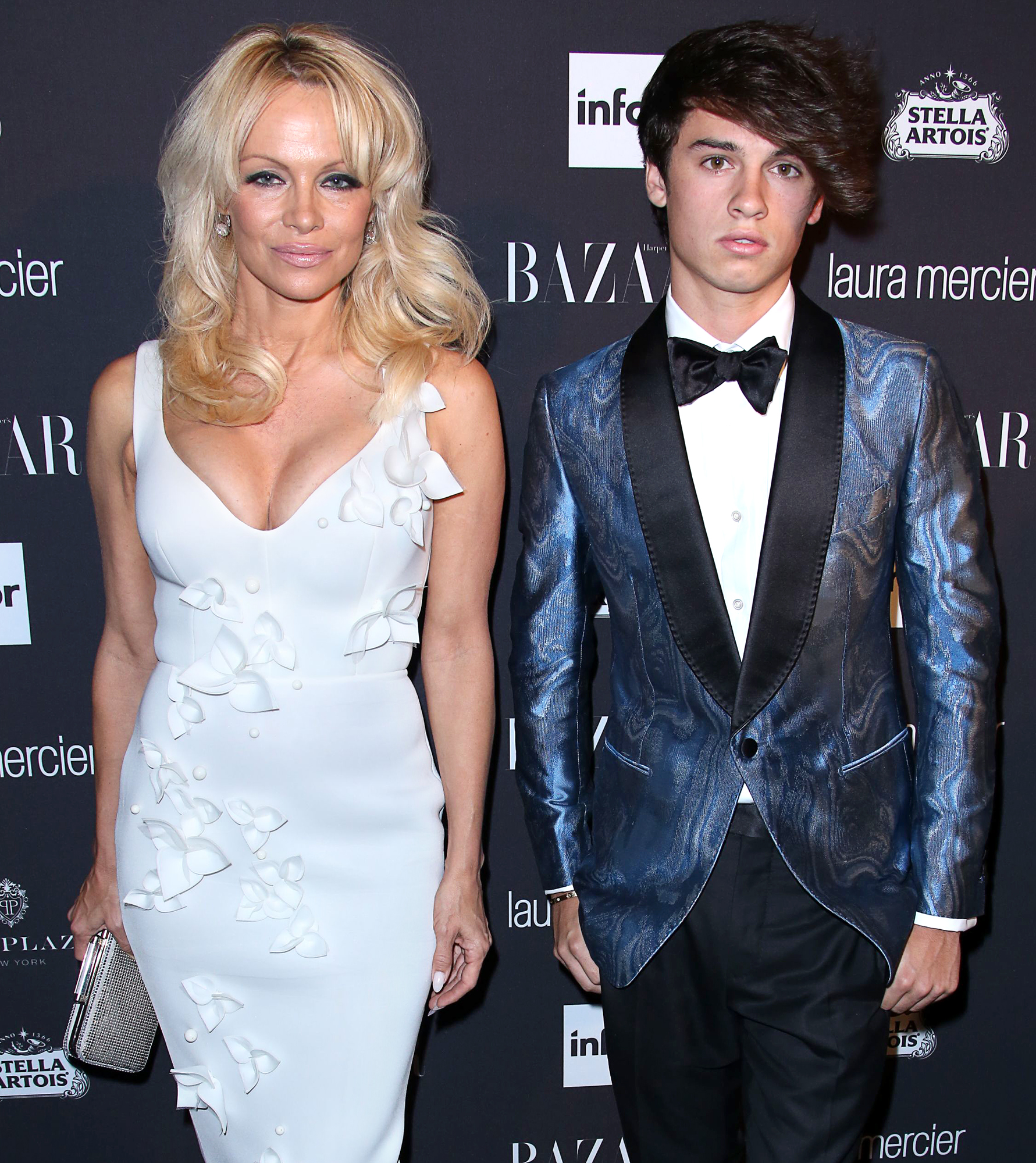 In 2016, the California native told Nylon magazine that he once had the chance to watch the NBC show with his mom, 52, who played C.J. Parker, but he turned the TV off.

“One time we were in Europe somewhere, and they were still running the show,” the Midnight Kids member explained at the time. “My mom was like, ‘What? I didn’t even know that they still did this.’ And I was like, ‘You know what? I’ve never watched it, and I’m going to keep it that way.’”

Anderson welcomed Dylan in 1997 with her now ex-husband Tommy Lee, and he’s been following in his father’s footsteps since starting Midnight Kids with Girard. The actress is “so intrigued” by her son’s band, Dylan shared with Us.

“Honestly, the last time I talked to my mom, she was like, ‘When’s the EP coming out?’” he said. “It was so funny, so awesome.”

The model loves where he’s “headed in the music world” and “probably” wouldn’t consider joining his older brother, Brandon Thomas Lee, on The Hills: New Beginnings. (The reality star, 23, joined the cast in October 2018.)

“The project that me and Kyle have been working on has been so great,” Dylan explained. “Honestly, I’m happy with where I’m at. Like, I wouldn’t really want to do anything else.”

When Brandon joined the MTV show’s 1st season, Anderson stood by her eldest son’s decision. “Its his journey,” she told Us exclusively in June 2019. “He’s invincible. Brandon can do anything. People tell him, ‘You shouldn’t do this,’ but he’s such a talented actor. … He’s on his journey and he’s going to have a great time and I’m sure it’s going to be very, very entertaining because he is so funny.”