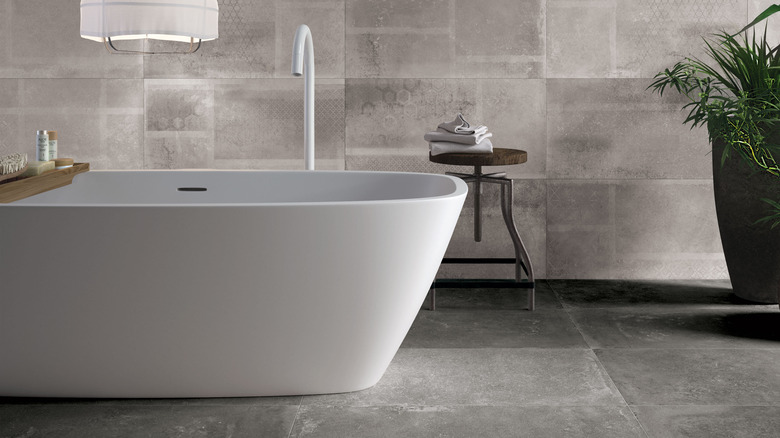 Painting your home is tricky. Whether you’re doing it for fun during a renovation or you’re doing it as preparation to sell your house, you’re faced with an endless variety of color options. While the final choice is ultimately up to you, experts have weighed in on which colors are better than others. There are, for example, colors you should never paint your walls. On the other hand, painting rooms like your bedroom or living room in certain colors can yield higher selling prices when selling your home.

The same can be said for painting your bathroom. According to Good Housekeeping, some of the best colors to transform your bathroom include pistachio, mustard, lavender, hunter green, peach, and deep navy. What we can see here is a single trend — your bathroom should either opt for lighter, muted shades like lavender and peach or bold, statement-making colors like navy blue and hunter green. These are tonally opposite categories of colors, but they elicit specific vibes, which are important when designing a room. But just which color can make your property worth the most money?

To figure out which color can sell your bathroom, simply look up 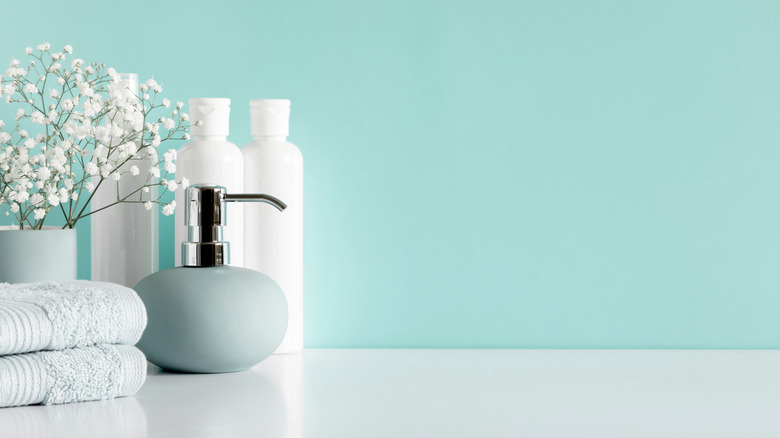 When painting your bathroom before you sell your home, you should consider light blue. According to Zillow, who completed a survey in which people chose which colors they liked most in different rooms, light blue received the most positive feedback. In fact, those who were surveyed said they’d pay 1.6% more for a house with a light blue bathroom, which equated to almost $5,000 extra on a $290,000 house.

This is a steep increase for only being because of paint, but color theory may be able to explain exactly why. According to Canva, lighter shades of blue are peaceful and calming, and they elicit trustworthiness. “Blue is also said to promote feelings of tranquility; light blue’s gentle appearance means it is particularly likely to make that impression,” Canva explained.

While it’s a simple explanation, humans associate light blue with trust, honor, and tranquility. If people see this color in a bathroom, then, which itself is a space where we want to feel at peace with ourselves, it makes sense that humans would inherently be willing to pay more. They have a heightened sense of trust in you.

Aren’t colors wild? The psychology behind them is fascinating, but even more wild is that they can be used in such ways as selling a bathroom to potential home buyers during a walk through.