The actress and director, who shares two children — daughter Daisy, 6, and son Otis, 8 — with ex-partner Jason Sudeikis, has spent months on end battling unrelenting rumors and speculation about her split with Sudeikis, her relationship with Harry Styles, and her co-parenting capabilities through the torment of it all.

Most recently, Wilde and Sudeikis’ former nanny made a series of claims to the Daily Mail about the events that led up to the couple’s separation, which, despite their uneasy relationship in the past few months, Wilde and Sudeikis came together to fervently deny.

The pair released a joint statement to People that read, “As parents, it is incredibly upsetting to learn that a former nanny of our two young children would choose to make such false and scurrilous accusations about us publicly. Her now 18 month long campaign of harassing us, as well as loved ones, close friends and colleagues, has reached its unfortunate apex.”

They continued, “We will continue to focus on raising and protecting our children with the sincere hope that she will now choose to leave our family alone.”

Sources also claim the two have moved past the drama, with one telling People, “Olivia and Jason have pretty much worked things out and are sharing custody of their children in a mature manner. The split was unpleasant, but they have moved on. They will always have to communicate and be adult because they have two kids together.” 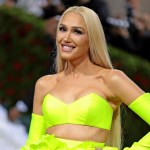 Another insider confirmed Wilde and Sudeikis’ focus on healthy co-parenting, saying, “Regardless of what anyone else says about their relationship, nobody but the two of them know what went on and why they split. Jason and Olivia are co-parenting and doing fine with that. The custody issues between them from before have not gotten in the way of both parents being with their kids.”

The former couple began dating in 2011 and were engaged for several years before deciding to part ways in 2020. Wilde started seeing Styles later that year and is still romantically linked to the musician.

Before you go, check out these celebrity moms who talk about raising their kids on their own.