Putting their differences aside! Brittany Cartwright, Lala Kent, Stassi Schroeder and Scheana Shay have embraced each other after becoming moms.

“We have group chats,” the Kentucky native, 32, recently told Us Weekly exclusively. “I have one with me, Stassi and Lala that’s called Mom’s Squad and then another with me, Stassi, Lala and Scheana that’s MILFs. We all talk every day. We all just bounce things off each other.” 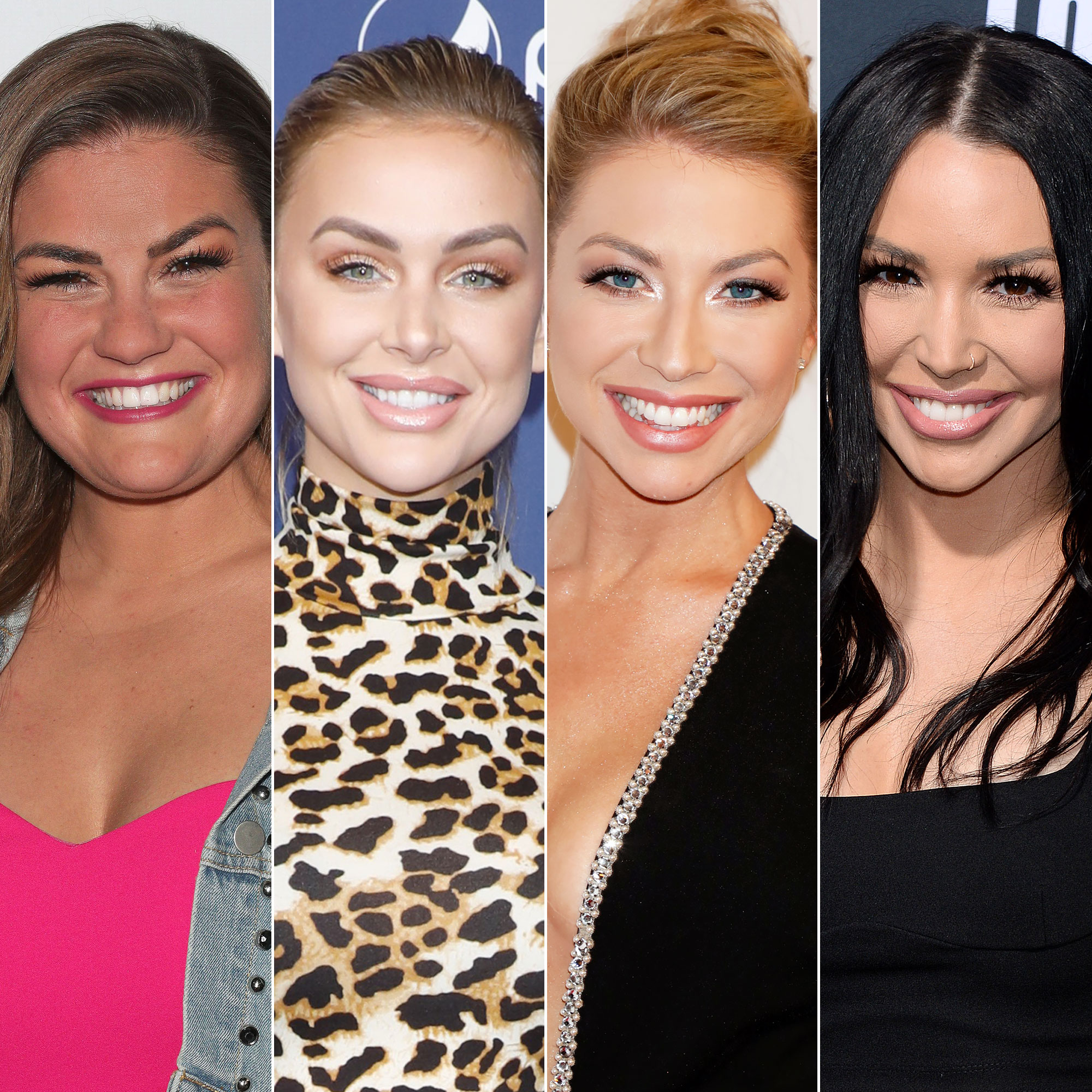 The reality star noted that all of the Vanderpump Rules babies are “staggered within a couple months of each other or weeks.” Schroeder, also 32, gave birth to Hartford, 4 months, in January. Cartwright’s 1-month-old son, Cruz, and Kent’s 1-month-old daughter, Ocean, arrived in March, followed by Shay’s daughter, Summer, 1 week, the following month.

With that distance between each baby, the Bravo personalities have been able to “bounce [questions] off of each other easily, from packing their hospital bags to going to the bathroom for the first time after birth. Cartwright explained, “It’s kind of like, ‘I just went through this.’ It’s perfect. Honestly, we’re a lot closer. And even, like, Scheana and Lala and Stassi, they’re talking and stuff and they’ve had their issues. So being a parent just puts your priorities in check.”

Earlier this month, Kent, 30, exclusively told Us that her previously “nonexistent” relationship with Shay, 36, has improved since their baby girls’ arrivals.

“We have [been talking], and it’s very, like, mommy-oriented,” the Give Them Lala author explained at the time. “I check in on her, she checks in on me. I just can’t help but look at her and be like, ‘I love you. So, can we stop the nonsense? Why do we keep attacking each other?’”

The Utah native went on to tell Us that she wants more children with her fiancé, Randall Emmett. As for Cartwright, her husband, Jax Taylor, told her in the hospital in March that he wanted to conceive again.

The Michigan native, 41, told Us, “If you were to talk to me 10 years ago, I was anti-marriage anti-kids, anti-all this. And then obviously now I’m like, ‘Give me another one. Let’s have kids. Dogs. Let’s do it all.’”

He and Cartwright feel like having two years between their children will be the “perfect age” difference, explaining, “They can grow up being friends and look out for each other.”