No such thing as TMI! Pregnant Nikki Bella and Brie Bella went into detail on their sex lives with Artem Chigvintsev and Daniel Bryan, respectively.

“I’ve been lucky enough to have some pregnancy sex,” Brie, 36, told her twin sister on the Wednesday, May 20, episode of their “Total Bellas” podcast. 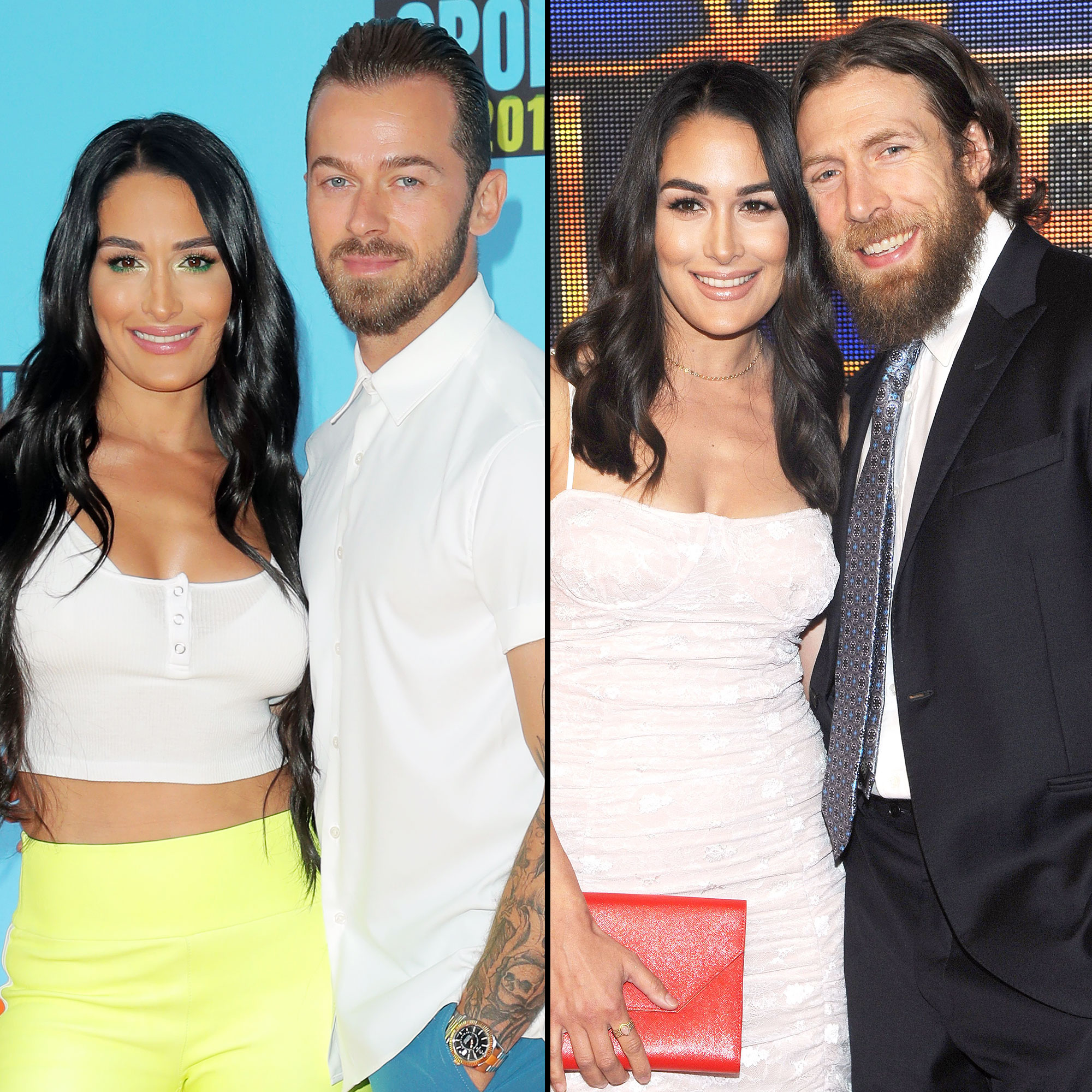 When Nikki, also 36, said the Dancing With the Stars pro, 37, was hesitant to have sex 29 weeks into her pregnancy, Brie replied, “Bryan was this way the first time [I was pregnant]. Guys the first time around, when the bump starts to get big, they get weird.”

Nikki joked that her fiancé sometimes “get[s] into it” until he feels her baby bump, which she refers to as the “boner crusher.”

The Total Bellas stars announced in January that they are both expecting babies — Nikki’s first and Brie’s second. (She and Bryan, 38, previously welcomed their daughter, Birdie, now May 2017.)

In March, Nikki said that her sex life with Chigvintsev has been “on and off” since her pregnancy. “I feel bad because Artem and I went from the honeymoon stage [to getting] engaged, and then I found out I was pregnant two weeks later,” she told Vanessa Lachey during a podcast episode at the time. “Everything changed so quickly. He has to deal with crazy hormones right now and trying to piece life together. … Poor guy.”

She went on to say, “I don’t know if it’s me. Last night it was the first time that I told him, ‘Hey, can you massage my boobs?’ And then I pushed the hand lower and was like, ‘Can you massage down there, too? Thanks.’”

Lachey, 39, said shower sex is the secret to her healthy sex life with husband Nick Lachey. “If you tell Artem, ‘I want to have sex with you in the shower so we need a bigger shower,’ I have a feeling he’ll be like Extreme Makeover,” the former Total Request Live host told Nikki. “In 48 hours, you’ll have a brand new marble shower.”