Nicki Minaj explained that it’s not just her heartbeat runnin’ away these days — since becoming a mother to her 2-year-old son, the rap icon says it’s like her entire “heart is being ripped out” anytime she’s away from him.

In an interview with E! News, Minaj described how attached she is to her baby boy, and that although she experiences heightened “fear and anxiety” when it comes to balancing her role as a mother and her illustrious career, she can’t bring herself to add a nanny to her support system.

“I’m a Trinidadian woman. Culturally, we’re not really used to nannies and strangers taking care of the babies,” she explained. “It’s not a bad thing when moms do it. It’s just that I have to get conditioned. I have to get it out of my mind that it’s a weird thing, because there are tons of celebrities that are doing it and they’re raising amazing children.”

Minaj went on to share, “I think moms feel like they have to be perfect. I hate that I have more anxiety now because you’re like, ‘What if the one time I leave my child, I get that phone call?’”

The queen of rap welcomed her son in 2020, nine months after marrying her husband, Kenneth “Zoo” Petty. She surprised the world with the news of her pregnancy two months before she gave birth, and she’s since kept her little boy partially sheltered from the public by keeping his real name private and calling him by his nickname, “Papa Bear,” online.

Minaj says her parenting anxiety won’t keep her from having more children, explaining, “I would feel guilty if I didn’t give Papa Bear another sibling or two.” After all, she did recently call motherhood “the biggest freaking blessing on planet earth” during a conversation with fellow mama Jada Pinkett Smith for Interview Magazine. She summed up motherhood sweetly, saying, “Dreams come true.” 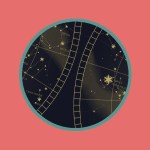 ‘What Planet Can I Blame for This?’ Your Guide to Astrology & the Vibes for October 2022

Before you go, get the scoop on celebrities who have help from nannies and love them for it.