I could see it on my son’s face the moment he walked through the door: Something had happened at school. He had just started a new school the week before, and things had been going well for him — until now.

“This boy was making fun of me for no reason” he relayed to me. I inwardly cringed, knowing how sensitive my son could be. It was picture day, and the boy had been mocking my son and imitating his expression. Instantly, I felt transported back to my own middle school days — to classmates who could have been perfectly cast in the movie Mean Girls, endlessly taunting me for developing early and having curves when they were still rail-thin.

My son, however, is not me. While he is sensitive like his mother, he is also more confident — and his bullying response taught me a lesson I will never forget. Because the very next day, that kid who had bullied my son was bullied himself. And what did my son do? He stood up for him.

For me, middle school was rough all around. I was forced to leave a solid group of friends behind for a new school that was filled with wealthy students I couldn’t relate to. Cliques were formed within those first few days, and I didn’t feel like I belonged anywhere. It’s a tough time of life for many kids; hormones take over, and kids can be surprisingly cruel. That’s why, as my eldest child left the security of his familiar elementary school, I felt just as apprehensive as (if not more than) him as he embarked on this new beginning.

My advice to my three sons about bullying has always been: Don’t engage. Stand up for yourself, but stay away — and find friends who will treat you well. If the bullying persists, bring it to the attention of an adult. I tell them there will always be bullies, but the vast majority of people are good and kind. 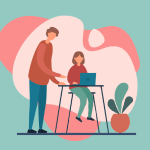 Are Online Schools the Answer to Bullying? 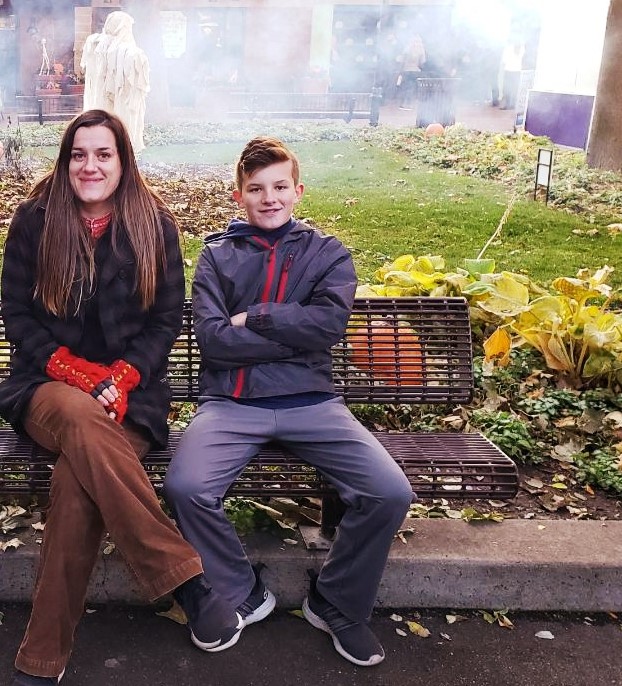 So, because of these lessons, my son stood up for himself the day he was bullied. Still, I could tell when he relayed the incident to me that it had really bothered him; he brought it up in conversation a couple more times that same day. He also talked to his younger brothers about bullying — and about how, so far, middle school was neither fun nor easy.

The next day, however, he had a different story to tell.

In band class, the boy who had bullied my son was having trouble playing his trumpet. A group of kids seated behind him started teasing and mocking his inability to play a clean note. It was at this moment that my son stood up for him — the same boy who had mocked him just a day prior — and told today’s bullies to turn around and mind their own business. The bullies stopped, and the boy was left speechless.

When my son relayed this anecdote to me, my face must have revealed my shock. But my son went on: “Maybe that boy was having a bad day the day he picked on me,” he reasoned.

I couldn’t have been prouder.

My son hadn’t taken my advice to “just stay away” from bullies. Instead, he did something much better: He was the bigger person, standing up for someone who was being singled out, and choosing not to judge his classmate based on one hurtful altercation.

Society has adopted a no-tolerance policy to bullying, and mostly, I think this is a good thing. But it’s important to remember that we’re only human; everyone has bad days, and middle school kids in particular are certainly still learning what behaviors are appropriate. Sometimes, they are going to make mistakes, especially when pressured by their peers.

I’ve even noticed, as a mom to three boys, that boys will often tease their friends (sometimes relentlessly) as a form of bonding. I have warned my sons that, even when spoken in jest, words can still hurt. Yet there is a difference between two friends teasing each other and one or more students singling out one kid and mocking him in front of his peers. This latter behavior is obviously hurtful, and my son has assured me in the past that he will always step in when this happens. He proved this in a big way by standing up for that classmate who had bullied him earlier.

It’s been a few weeks since this incident, and I recently asked my son how things are now at school — and whether he’s had any further altercations with the boy.

“No, he’s cool now,” my son informed me. He says they’re not exactly “best friends” but that the kid hasn’t been mean to him since. All in all, my son handled the situation better than I could have hoped (and certainly more effectively than I had taught him via my “stay away” mantra).

I even overheard him giving his younger brothers advice about how to deal with bullies, and I had to smile to myself. After all, I had been so worried about how he would handle middle school. I had inundated him with advice and encouragement. And it turned out he knew how to handle one of the toughest school situations without my help — and better than I could have imagined.