I picked up the keys to my third floor walk-up on a Monday morning in January, exactly two weeks shy of my 41st birthday, in a year that was punctuated by my best friend moving to England and the death of my five-year-old daughter. And then, I left my husband.

To say that my life went from one end of the proverbial spectrum to the other would be an understatement. While most of the chaos swirled outside of my control, I employed creativity to identify spaces I could shape — which was why my ex and I decided to embark upon a period of “nesting,” the increasingly trendy way to proceed with divorce that (ostensibly) does not disrupt the kids.

For the first 18 months of our separation, my now ex-husband and I took turns spending time in the family home with our two young daughters — an arrangement that allowed the kids to stay put and enjoy the regularity of both their environment and routine while the grown-ups bore the brunt of being inconvenienced by moving in and out.

Before taking the plunge on this process, I had spent hours pondering the pros and cons of “nesting,” and I was ultimately enticed by its shiny and alluring parts: My girls got to sleep in their own beds every night, there was no schlepping of belongings back-and-forth on the school bus on transition days, plus their toys, books and grandparents (who lived next door) were all readily accessible despite the dissolution of their parents’ marriage. My ex and I each found a place to crash when not “home” with the kids (I rented a one-bedroom apartment in town, directly above the blinking marquee of a built-in-1905 movie house; my ex moved in with his mother). And so, our new arrangement commenced. Free from lawyers and the hours in mediation that it would have taken to pen a difficult-to-negotiate separation agreement, it seemed like we’d found sheer perfection — at least as far as divorce goes.

But here’s the caveat: It’s not all it’s cracked up to be. The logistics of both sharing and maintaining a common living space, despite crossing like ships in the night on transition days, became a mess. Routine stalemates over who was going to purchase items (from paper towels and dishwasher soap to the highly sought-after half-and-half for morning coffee) and who was going to pick up onerous chores (going to the dump, mowing the lawn, putting up the screen doors) quickly ensued.

“It’s your turn to clean the bathrooms,” Patrick would snap on his way out of the house on Saturday afternoon at 4 p.m. It was a half-hour drive from my apartment to the house, so I often ran late. “Were you planning to replace the last box of mac ‘n cheese?” I would bark when he returned on Wednesday afternoon to assume his shift after my four days on the clock. There never seemed to be any toilet paper, the lawn was overgrown, and by the time spring arrived, the snowplow guy had still not been paid.

But our kids were happy. Or were they?

“In circumstances of uncertainty, far and away the most important thing to children is the emotional availability of their parents,” pediatrician and infant-parent mental health specialist Dr. Claudia M. Gold tells SheKnows. “Not that everything needs to be smooth. Far from it; they need their parents to be able to engage with them in the normal messiness of everyday life, which is only heightened in situations of separation and divorce,” she adds, touching on the major theme of her forthcoming book, The Power of Discord (co-authored with Ed Tronick, PhD).

I suppose my kids’ Dad and I were simultaneously hitting home runs and striking out. Each of us was more than emotionally available to the kids — without the persistent nagging and screaming that interacting with one another had previously elicited. That said, our communication sucked — which is not surprising considering communication problems are the number-one reason marriages fail.  Tasked with maintaining a single nest together for our kids, this became problematic. I had to dig deep, prioritizing self-care when my kids were with their Dad so I had space to take on their worries when we were together.  It was all. so. awkward. 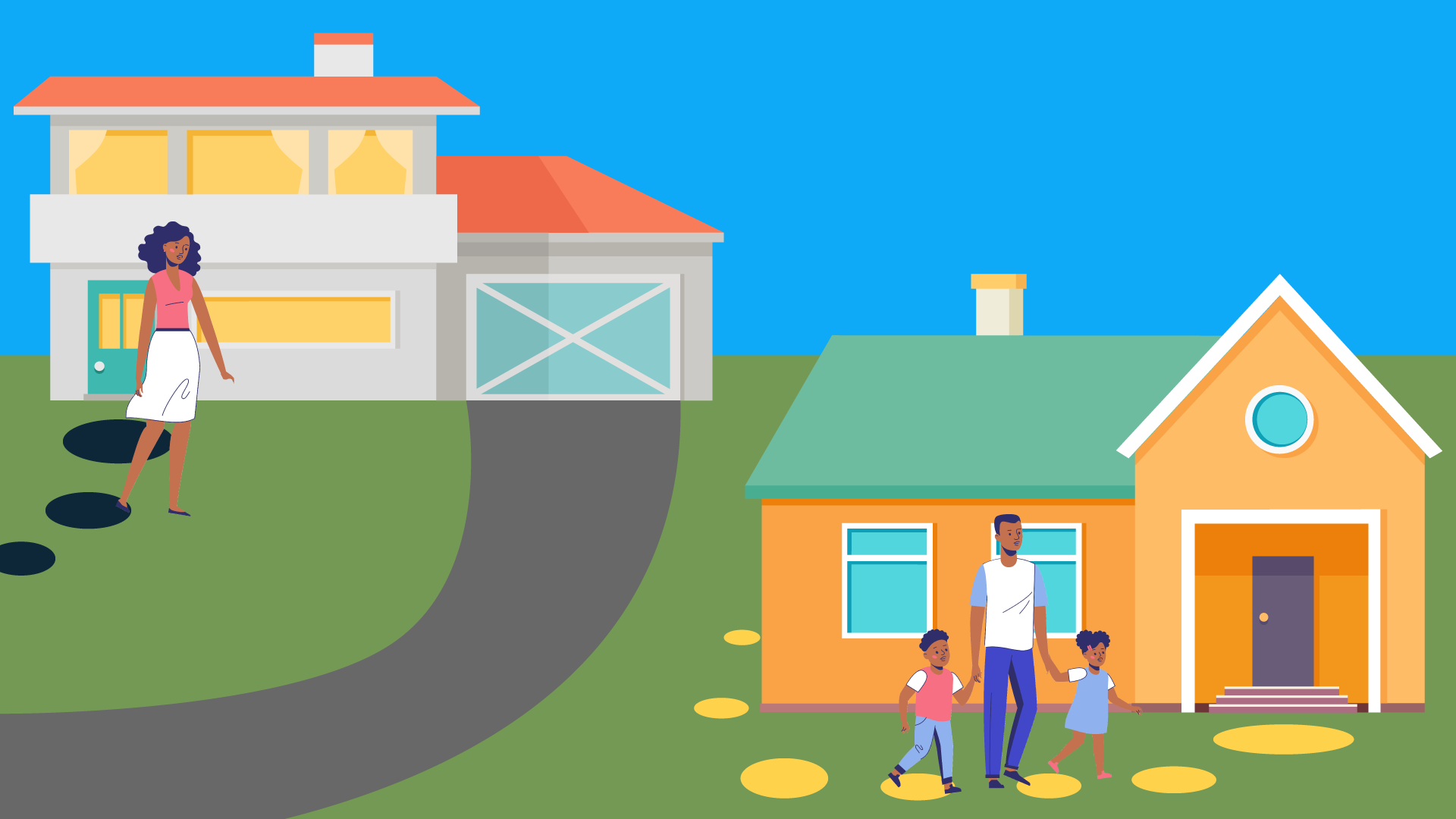 Speaking as the mama bird, leaving the nest was hard. I was ultimately ejected from a 12-year stint as a stay-at-home mom to three girls and catapulted into a freelance writing, private tutoring, single parenting multitasking gig. I spent my “off” nights trying to make sense of a legal system that offered little if any reward for women who chose to remain mothers while shedding the role of wife — all while fielding frantic phone calls from my third grader who needed help with long division and my sixth grader who volunteered me to bake two dozen cupcakes for the band party. Sure I had my own place — and I could do what I wanted when I wanted (including consuming potato chips and red wine for dinner) — with no one to answer to. In a seemingly cosmic turn of events, the solitude I had been yearning for throughout my first dozen years as a mother was suddenly a reality; I was often alone, with little if any communication with the nest. And it sucked

Gold concurs: “Nesting might have the advantage of giving children a greater sense of stability and less disruption of routine. However it is important to consider the degree of stress this arrangement engenders for the parents who are moving in and out. If the level of stress is high for the parents, and that stress is then transmitted to the kids, the risks may outweigh the benefits,” she emphasizes. Which is where the really good news comes in. We ultimately got divorced, made plans to dismantle our “nest,” and graduated to more permanent (read effective) living situations for all of us. I bought my ex-husband out of his half of the equity in our family home and took up residence there with my girls, who I have physical custody of 60% of the time; and my ex finally purchased his own home (after an excruciating four months spent living, with our kids during his parenting time, in the twin bedroom under the eaves at his mother’s house). After more than two years, I think it’s safe to say we’ve all settled into a new normal — and it seems to be working. Mostly.

Ironically, I still hold down the fort with regard to most things kid related — from signing permission slips and arranging playdates to scheduling orthodontist appointments and chaperoning field trips. The difference? I now do so from command central, my nest, the one I had to share under less-than-ideal circumstances before it became mine alone. The kids wake up on Wednesday mornings and pack their Vera Bradley duffel bags — taking inventory of which outfits are where and whether or not they need to pack their riding gear for the barn — before toting their things to Dad’s house on the school bus. As to my “off days”? I work long hours and I’m free to schedule dinner dates; my boyfriend and I stay up late, we sleep in when our schedules allow, and I make coffee in my underwear; I miss my kids, but I love the space to spread my wings. I grew up in 1980s suburbia visiting the kitchens of friends whose mothers had lovely shabby-chic signs on the wall that said, “A house is made of bricks and stone but a home is made of love alone.” I get it now. My kids have yet to fully leave the nest, so in the meantime we are building one that works for all of us. One twig at a time.