All the signs of a mom-to-be! Morgan Stewart, who is expecting her first child with fiancé Jordan McGraw, got real about the symptoms she has experienced since getting pregnant.

For one, severe morning sickness has plagued the Rich Kids of Beverly Hills alum, 32. “I was so sick that I couldn’t talk a lot,” she quipped during the Tuesday, August 11, episode of Daily Pop, noting how she kept the big news hush-hush.

Stewart added: “I’m so happy that we can now say that out loud and it’s no longer a secret. Because the secret-keeping for that long, for me, has been one of the hardest things I’ve ever had to go through.”

The Daily Pop host went on to joke about the size of her breasts, which cohost Nina Parker pointed out were among the “little things about [Morgan that were] changing” as she hid her pregnancy. “I’m not kidding, my boobs are going to be the fourth member of whatever show we’re on,” she said. 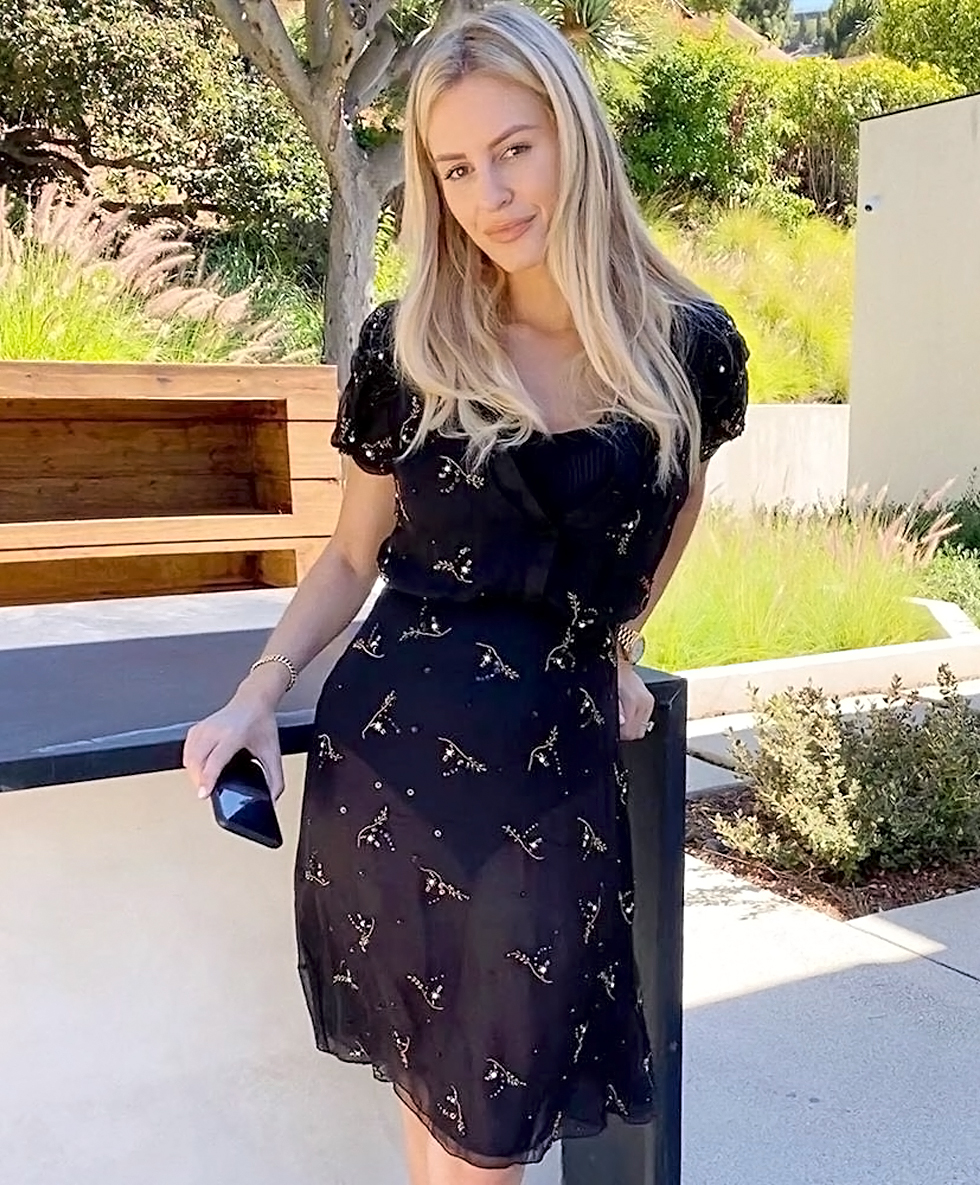 Stewart and McGraw, 33, later appeared on Nightly Pop to predict what their child will be like. “I think she’s gonna be really smart, maybe a little bit more on the nerdy side,” she explained on Tuesday, referring to the singer’s intellect as evidence.

A source confirmed the reality star’s pregnancy to Us Weekly on Monday, August 10. The couple announced the same day that they are expecting a baby girl.

“She may not be great at math but at least we know she’ll be well dressed,” she captioned an Instagram video of the gender reveal.

McGraw posted the same clip on his account, writing: “Been working on my dad jokes for years.”

Us exclusively revealed in March that Stewart had been dating the “Met at a Party” crooner “for months.” A source told Us at the time that the pair are “so happy together,” while his family — including Dr. Phil McGraw — “loves Morgan and is supportive of their relationship.”

A second insider noted that the twosome dated when they were younger but their romance is “more serious now.”

Indeed, Stewart and McGraw announced their engagement in July. She captioned an Instagram photo of her engagement ring at the time, “Fireworks.”