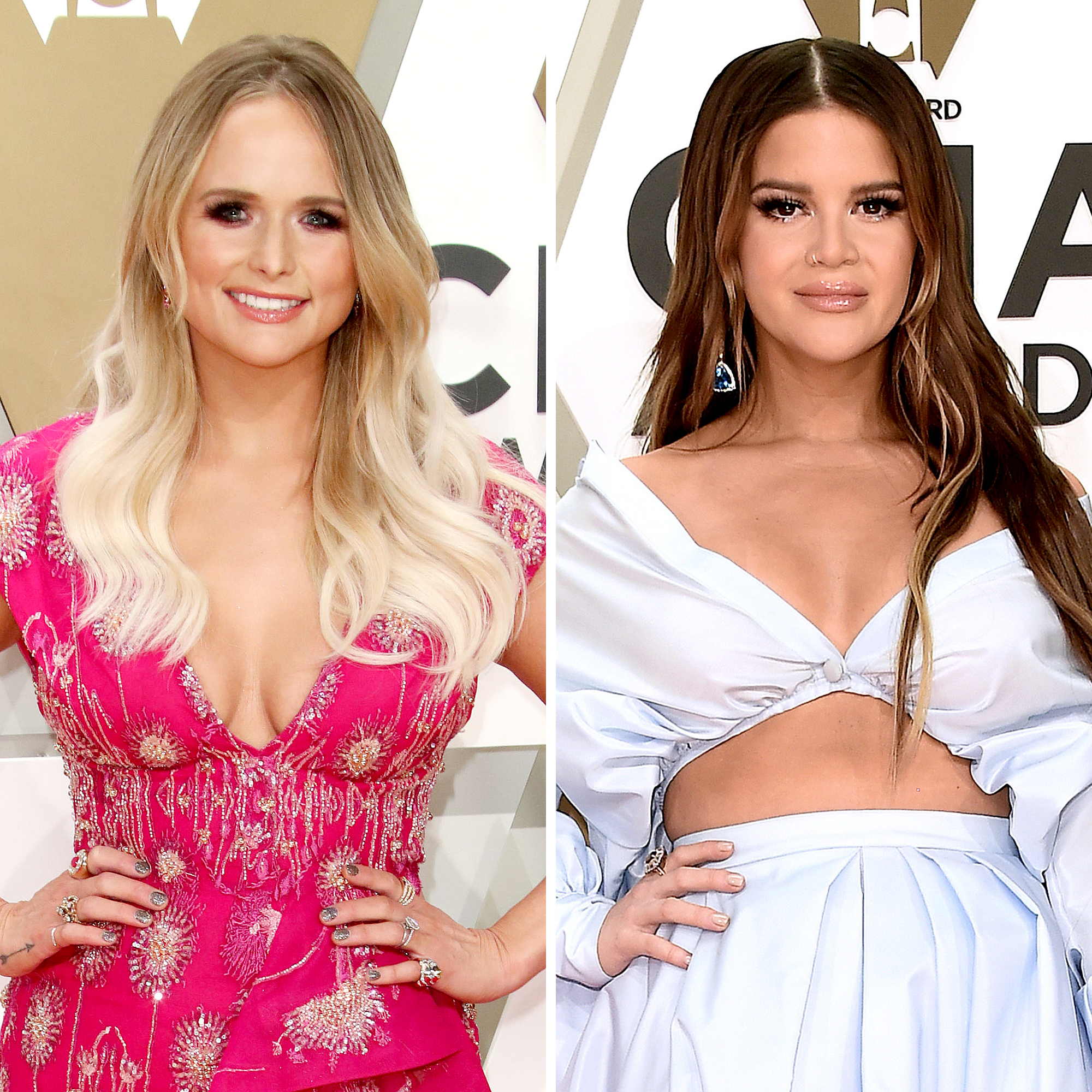 “Thank you for this amazing gift @mirandalambert,” Morris, 30, tweeted on Wednesday, July 29, congratulating Lambert, 36, on her chart success. “Love you so much and am so proud of you for having the number 1 this week. ??????✨.”

In her tweet, the “Girl” songstress shared a photo of husband Ryan Hurd holding their son, who donned his new sparkly fringe jacket in style. Hayes’ name was emblazoned on the back of the denim top. A separate picture showed the little one’s coat laid out next to Morris’ own, which had her name sewn on the back with rhinestones.

Morris and Hurd, 33, tied the knot in March 2018 and welcomed their baby boy two years later. Days after giving birth, the Grammy winner opened up about her traumatic delivery, which ended in an emergency C-section.

“Not what we planned but I learned pretty quickly that night that having a plan for bringing a human into the world is a fool’s errand. All that mattered was that he got here safely,” she explained in a lengthy Instagram post in March as the coronavirus pandemic continued to spread across the globe. “Having him in the middle of a global health crisis was also not in the baby prep books, but here we are. … Ultimately, I can’t thank every single mother enough for going through what you’ve gone through because I had NO idea how hard it could be, and I’m a measly 4 days in. The world is changing before our eyes and so am I.”

In the months since becoming a family of three, the country singers have documented Hayes’ biggest milestones on social media. Earlier this month, Hurd stepped in when his wife was mom-shamed for sharing a picture of herself drinking on a pool float while Hayes sat calmly in her lap.

“I’d just like to say, my wife usually doesn’t need me to defend her, but she’s a great mom,” he tweeted on July 2. “My kid was not unsafe on a float in 1 feet of water being held by an adult with 5 people watching so she could get a picture.”

Hurd later reassured his followers that their son had two “coast guard approved” life vests. “Also, sometimes moms have a drink, and homegirl earned it. Later, nerds ✌?,” he concluded.

Weeks later, Morris opened up about the negativity she faces from trolls and revealed that she planned to stop showing so much of the little one online.

“I’m going to be a little more private about him. It’s been so fun sharing photos, but I feel like I can take someone saying my music sucks or I’m ruining country music, but for some reason, the mother card I can’t emotionally handle right now. I was like, I’m just gonna protect myself and him from it,” she said during an interview on Watch What Happens Live with Andy Cohen.