Privacy, please! Michelle Obama opened up about her and Barack Obama’s daughters, Sasha and Malia, having their first kisses while living in the White House.

“My kids had armed guards with them at all times,” the former first lady, 55, told Gayle King at the Essence Festival on Saturday, July 6. “Imagine trying to have your first kiss [around] a bunch of men [with guns] and ear pieces.” 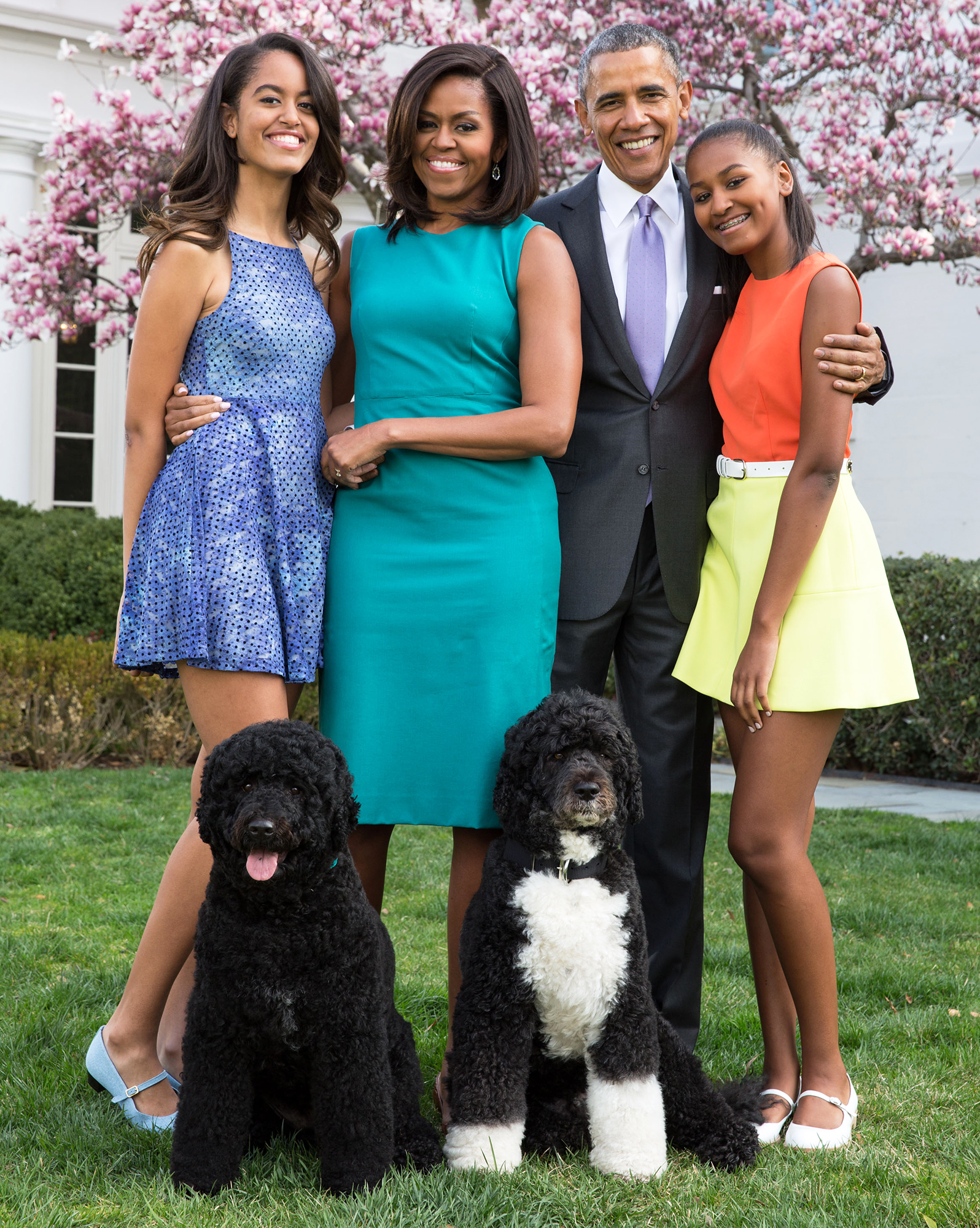 The Becoming author went on to say that she is “surprised [her] kids have any friends,” adding, “Imagine having Malia and Sasha come to your house for a sleepover. This is the call: ‘OK, we’re gonna need your social security number, we’re gonna need your date of birth. There will be men coming to sweep your house. If you have guns and drugs, just tell them. Because they’re going to find them anyway. Don’t lie. They’re not gonna take them, they just need to know where they are. And by the way, there will be a man with a gun sitting on the front porch all night. Let him come in and use the bathroom, it would just be nice.’”

The Obama family lived in the White House from January 2009 to 2017. The Chicago native also opened up about her and the 44th President’s expectations for their daughters on Saturday.

“Our focus was to make sure they did what they needed to do, and that meant pretend like all the craziness around them wasn’t happening,” Michelle explained to the CBS This Morning cohost, 64. “For eight years, we were like, ‘Yup, your dad’s president. That doesn’t have anything to do with you. Take your butt to school. Yes, you have security, just ignore them, they’re not here for you. Your goal is to go to school, come back, get some decent grades. Don’t act up. Don’t embarrass us.’”

Since the end of her father’s presidency, Malia, 21, has been attending Harvard University. Her younger sister, 18, graduated from Sidwell Friends School this year and is heading to the University of Michigan in the fall.