Turning point. Michelle Money’s 15-year-old daughter, Brielle, is “moving” after her March 30 skateboarding accident left her in the ICU on life support.

This sweet dog has been part of our lives for over 2 years. He has taught us so much. We are so lucky to have had him in our lives when we did. Mike and the girls laid him to rest last night and our hearts are heavy. They had 15 beautiful years with this guy. Hold those fur baby’s a little closer today! We love and miss you Timpanogos❤️

The former reality star noted that it will “still take a few days for” the sedation to leave her teenager’s body. “It’s not like she’s gonna open her eyes and be like, ‘Hi, Mom,’” the Utah native said. “I can’t wait for this kid to wake up so I can yell at her. Just kidding, I’m gonna give her the biggest hug. I miss this kid so much.”

The Bachelor in Paradise alum went on to post pictures of Brielle’s “healthy brain fluid” before leaving the hospital. 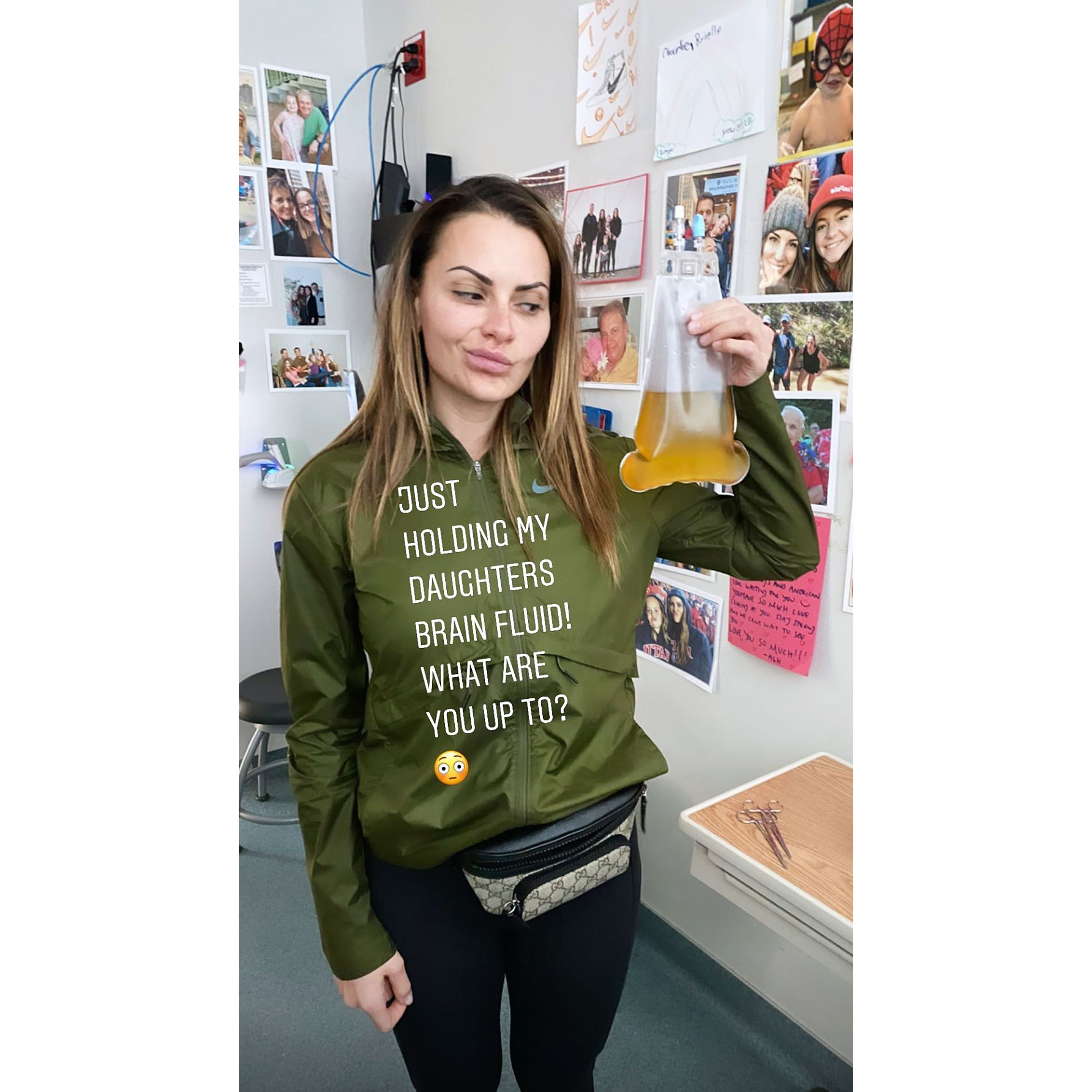 “I saw my daughter move her finger,” the former ABC personality said via Instagram Story from her car. “She’s starting to cough on her own. She also has pneumonia, which is pretty typical in situations like this. She’s moving. She is off of a lot of these drugs.”

Her ex-husband, Ryan Money, went into detail on his daughter’s medications in a Tuesday Instagram post. “So Brielle has been on 4 main drips: Propofol, Dilaudid (pain management), Versed (lessen agitation and anxiety), and Vecuronium or Vec is the paralytic,” he captioned a black-and-white photo of his daughter. “Propofol has been the main medication that they have been giving to deal with the pressure in her brain. When the pressure spikes they usually bolster with the Propofol. TODAY they got her off of the Propofol, which is HUGE news.”

The “overjoyed” father went on to write, “Next steps is to have her respond to orders like: ‘Squeeze my fingers,’ ‘Give me a thumbs up,’ ‘Can you open your eyes?’ etc. or to see if she withdraws from pain, like pinching her feet or hands.”

The former couple announced their daughter’s accident last month and have been documenting Brielle’s progress on social media ever since, from CT scan results to her Cognitive Proficiency Index score.

“So proud of this kid!” Michelle captioned her Tuesday footage. “She is such a fighter and I know she is trying to wake up!!”