If you’re down with OPP (“older parent problems,” don’t worry it’s not a trend, we just made that up!), you’ll probably relate to this funny story from actor Michael Douglas. He was recently mistaken for the grandfather of his daughter Carys, 18, at her high school graduation last month. 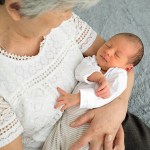 The 76-year-old Fatal Attraction star was a guest on The Kelly Clarkson Show this week and shared that the family couldn’t be in the same room for the virtual graduation, but it was a “lovely experience.”

“It was so wonderful, I’m so proud of her,” Douglas said before sharing the lighthearted moment. “I gotta tell you Kelly, it’s a little rough when you’re going out the doors and the other parents are saying, ‘Oh congratulations…you must be so proud of your granddaughter,’ ” he said to host Kelly Clarkson, who fell into a fit of laughter.

“I said, ‘Well, I don’t know man. Yeah okay,’ ” he recalled telling the other parents. “I’m not gonna take it personal, they’re just trying to be nice.”

Being an “older” parent and being mistaken for a grandparent didn’t seem to phase Douglas, who by our math was 58 when his daughter was born. And. of course, there are plenty of famous fathers who’ve had kids after 50 and 60. Frankly, we love that Douglas is embracing his silver fox status and not dying his hair like we’ve seen some other actors do in a bid to look younger (not always successfully, we might add).

Douglas also has a son, Dylan, 20, with wife Catherine Zeta-Jones, and son Cameron, 42, with ex-wife Diandra.

Before you go, check out these celebrities who became parents by using a surrogate.