Supergirl stars Melissa Benoist and Chris Wood revealed she gave birth to a baby boy a few weeks ago. Find out their son's name below! 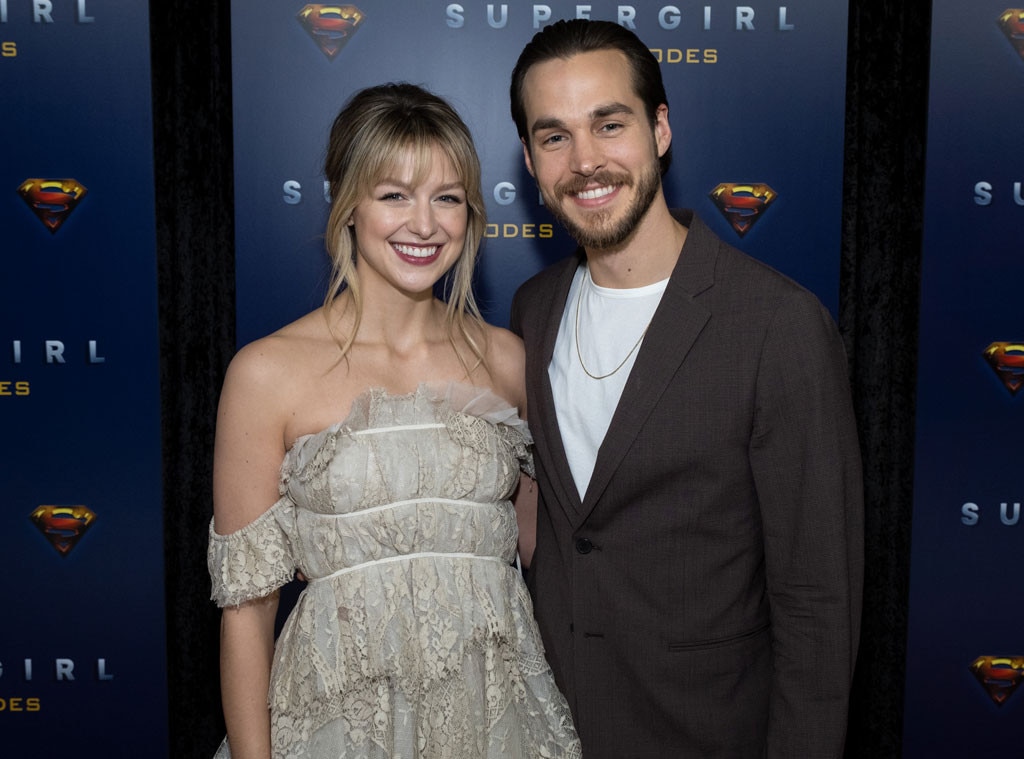 Melissa Benoist is now a super-mom!

On Sept. 25, the Supergirl star and husband Chris Wood revealed on Instagram that they welcomed a baby boy named Huxley Robert Wood a few weeks ago. In Melissa's post, she shared, "this little boy is everything."

As for Chris, he made it clear that the new parents plan to protect their little guy from the public eye. He wrote, "Our son was born his name is Huxley he's amazing and no it's probably none of your business xo brb see you in 18 years."

Huxley's arrival comes six months after The CW stars revealed they were expecting their first child. The pair made the announcement with an adorable photoshoot featuring their dogs and a fake belly. In one of the photos, Chris wore the belly while Melissa embraced him from behind. She said of the pregnancy, "A non-canine child is coming to our family very soon!!! @christophrwood has always been an old dad by nature but now he's going to be a real one!"

Following their pregnancy reveal, the actors said very little of their journey on social media, with Melissa mainly posting about social justice and, of course, Supergirl.

Dax Shepard Shares He Relapsed, Opens Up About His Pill Addiction

This week, it was confirmed that season six will mark the conclusion of The CW show. Production on the final 20 episodes will begin this fall with a projected late 2021 premiere date.

On Instagram, Melissa shared that it's been a great "honor" to portray the superhero and expressed excitement for the final season. "Seeing the incredible impact the show has had on young girls around the world has always left me humbled and speechless," she wrote. "I'm so excited that we get to plan our conclusion to this amazing journey, and I cannot wait for you to see what we have in store. I promise we're going to make it one helluva final season."

It's safe to say Melissa has fond memories of working on the Supergirl set, especially since it's where she and Chris fell in love.