Meghan Trainor is opening up about being shamed over her mental health. The singer, who is mom to 1-year-old Riley, was placed in an NICU unit after her little one struggled with feeding. She recounted to Romper in a recent interview that the nurses continuously tried to make her feel bad for the medication she was taking.

“They kept asking me if I was on antidepressants during the pregnancy, and I was, but on the lowest dose possible, and all my doctors said it was safe and wouldn’t affect him,” she says. “It was really f-cked up. They had no name for what was wrong. He just wouldn’t wake up. They said, ‘It’s really up to Riley when he wants to wake up.’ I’d be like ‘Really? Can’t you just zap him and get him up?’”

Being shamed by medical professionals is unfortunately a frequent occurrence for women. A 2014 study from UC San Diego reported that women are more likely to experience shame or guilt from a physician. A survey of university students found that 26% of women felt like they were “shamed” by their doctor, in comparison to 15% of men.

“If you perceive your doctor is intentionally trying to make you feel shame or guilt, then the reaction is exclusively negative. We didn’t see any positive reactions at all…Tough love and shaming don’t always work. In fact, they can be counter-productive,” Christine Harris, professor of psychology in the UC San Diego Division of Social Sciences, explained in a press release.

Despite a messed up experience with the nurses, Trainor thankfully returned home with her healthy baby boy, who she shares with husband Daryl Sabara. As you can see from the photo below, they are an incredibly adorable family (and Riley fully looks like a mini Spy Kid!)

Motherhood is shaping Trainor in significant ways. During an interview with Parents in February, the pop star revealed that the experience has turned her into a different kind of songwriter, who is pushing through new creative boundaries and telling different kinds of stories. She’s also committed to talking about the hard parts of parenthood, like her very frustrating encounters with breastfeeding. 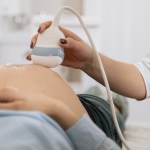 “When you google it or look it up on YouTube? They don’t tell you why it can suck,” Trainor explained. “I’ll tell you why it might suck! Sometimes your nipples aren’t big enough for your baby’s mouth. I didn’t know that was humanly possible!”

We really appreciate that Trainor is committed to sharing the honest, unfiltered stories that come along with the motherhood journey. They’re so important to hear.