The producer, 44, has another daughter on the way, a source exclusively revealed to Us Weekly on Monday, June 28. 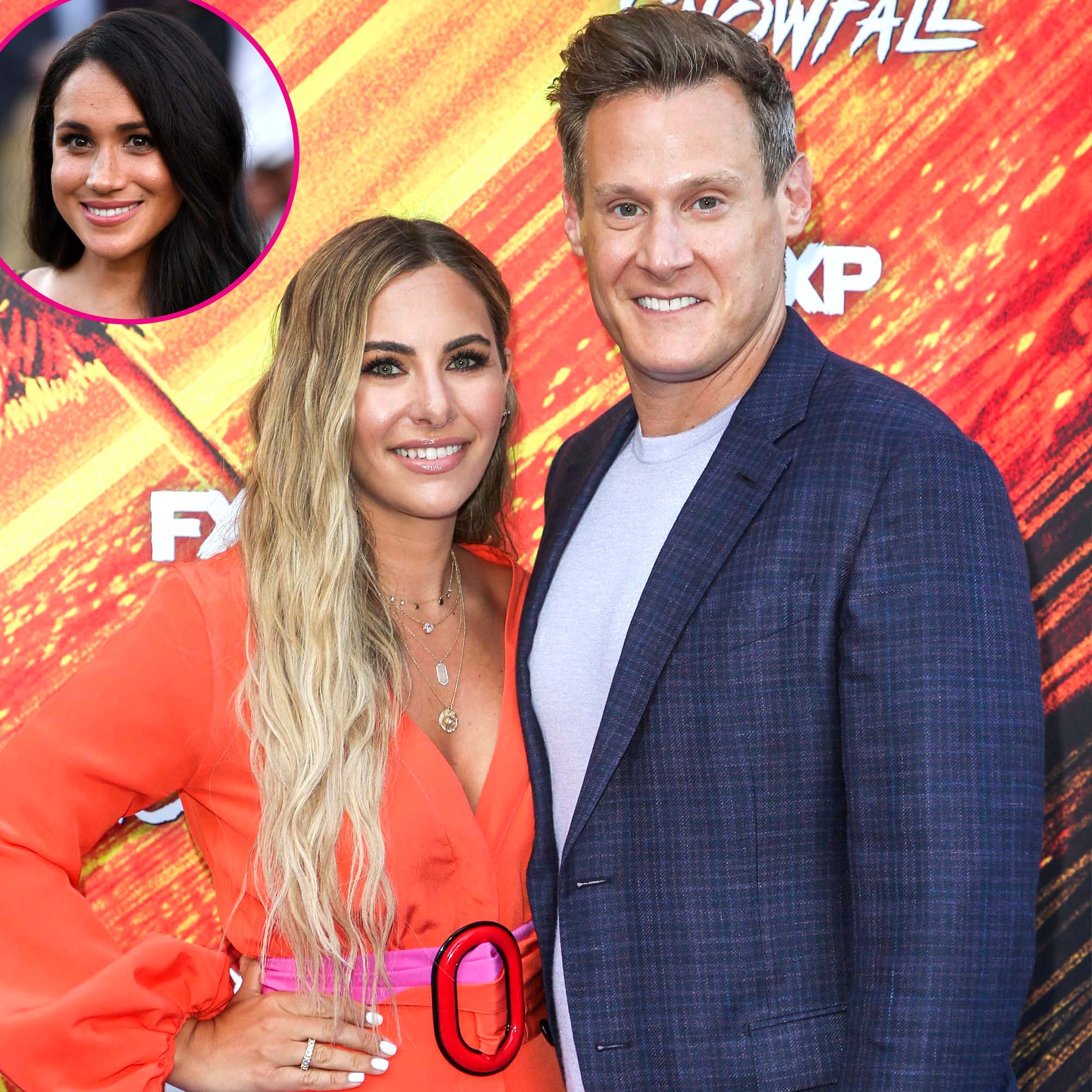 He and Kurland, 34, who recently purchased a mansion in Beverly Hills, became parents in August 2020 when their daughter, Ford, now 10 months, arrived.

Us exclusively broke the news in April 2020 that the pair were starting their family, less than one year after their Montecito, California, wedding.

The pair were engaged for nearly one year before their May 2019 nuptials. Engelson was previously married to Meghan Markle from 2011 to 2013, but the former couple “no longer speak,” a source exclusively told Us in May 2019.

The New York native “doesn’t really think about Meghan,” the insider added at the time. “He’s in a very happy relationship.”

The couple announced their decision to step back from their senior duties as royal family members in January 2020, making their exit permanent in February of the following year.

“Harry and Meghan finally feel free,” a source exclusively told Us of their decision at the time. “They have so much to look forward to. Obviously, they’ll lose royal patronages, but understand that they can’t have it both ways. And from their point of view, it’s not the end of the world. They’ve already made their mark in the US and will continue being philanthropists.”

Meghan and Harry have lived in Montecito since July 2020, after previously living in Vancouver, Canada, and Los Angeles.

The England native “hated” his wife’s hometown, a source exclusively told Us in August 2020, adding, “The timing was so wrong amid the [coronavirus] pandemic and they lacked privacy.”

Following their move, Meghan took time off “to update some of the rooms to suit their style, including their and Archie’s bedrooms, the main living area, the kitchen and the gym,” a source exclusively told Us of her renovation plans at the time. “The outdoor play area will be decked out with swings and slides, a climbing frame and a tea area for Archie and his new little pals.”

With reporting by Sharon Tharp