Meghan King Edmonds and her three kids enjoyed a fun fall day at a pumpkin patch on Sunday, October 27, following her split from Jim Edmonds.

The Real Housewives of Orange County alum, 35, was all smiles at Mari De Villa Senior Living with her 16-month-old twins, Hart and Hayes, and her 2-year-old daughter, Aspen, on her Instagram Story. Her eldest rocked a Cinderella gown, while her little brothers wore zippered onesies — a dragon for Hayes and a monster for Hart. 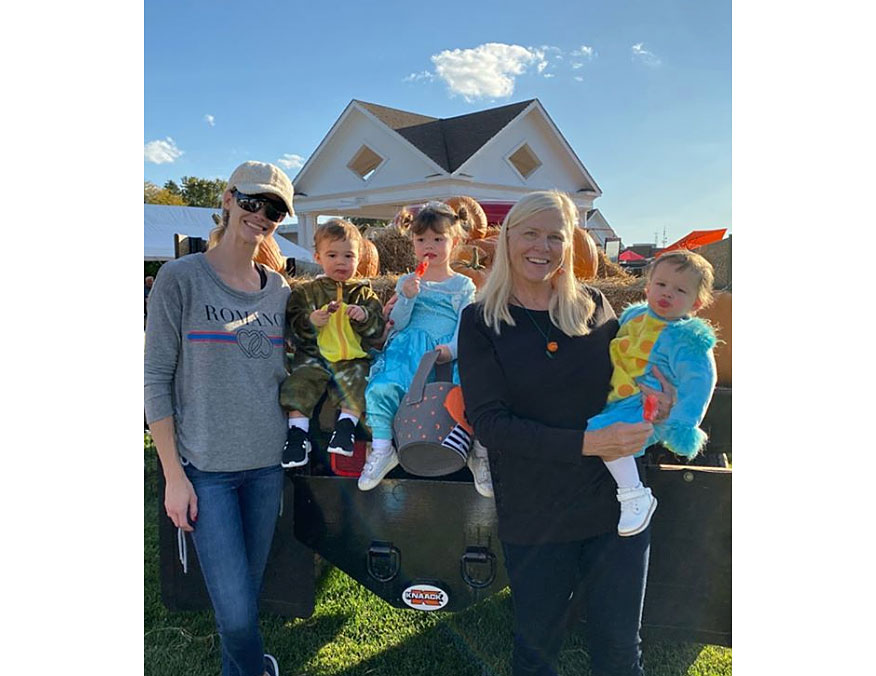 This festive excursion came two days after the former Bravo personality and Jim split after five years of marriage. The former professional baseball player, 49, spoke to Us Weekly exclusively about their divorce and allegations that he cheated on his wife with one of their four nannies, Carly Wilson.

“It’s dangerous, irresponsible and hurtful to all to allow a rumor to be spread to the world because of insecurities,” the athlete said.

Wilson also denied the affair, telling a commenter on Instagram that the accusations are “completely false.”

Meghan confronted them a week before the split, a source told Us. “The nanny is someone who has worked for them for years and is like family,” the insider said. “During the argument [about it], Meghan called the cops, but nothing came of it. Jim didn’t put his hands on her. The police chalked it up to a verbal dispute. No arrests were made.”

In June, Jim was caught sending inappropriate texts to a woman Us later identified as Jennifer McFelia Villegas. Meghan addressed the messages in a blog post at the time, writing, “I love him. How can I turn my feelings around so quickly? How can one person decide to utterly ruin me? It’s not fair. I sob so much my face stings from the salt from my tears. I am exhausted. My poor kids aren’t getting their devoted mother. And it’s only been 36 hours.”

Jim denied having a “physical relationship” with the woman, telling Us exclusviely, “I had a lapse in judgment.”

The estranged couple tied the knot in 2014.