Meghan King Edmonds has to be away from two of her kids while her son Hart undergoes treatment in New Orleans — and she is not here for criticism from her followers.

“I just looked at my Instagram and saw that a lot of you guys have a lot of comments about why did I leave my other two kids in St. Louis,” the Real Housewives of Orange County alum, 35, said on her Sunday, September 29, Instagram Story. “When Hart had his therapy in L.A., I brought Aspen and Hayes out — my mom and a nanny did — for a week. It was pure pandemonium. Aspen and Hayes didn’t understand why I had to leave every day to be with Hart and spend literally over half the day with [him] only. They were totally knocked off their schedules. Hart was knocked off his … and he wasn’t able to focus on his therapy. Therefore, I made the very difficult decision to keep Aspen and Hayes in St. Louis while Hart and I went to New Orleans and focused on this.”

The former Bravo personality wen ton to say, “A lot of you guys think because we have money I’m able to ship my kids all over this place with nannies, but my values are that my kids have stability and routine in their lives. … I’ve decided to put that priority first and foremost before me and Hart seeing them. They’re with their father every day. They know love. I FaceTime them every day.” 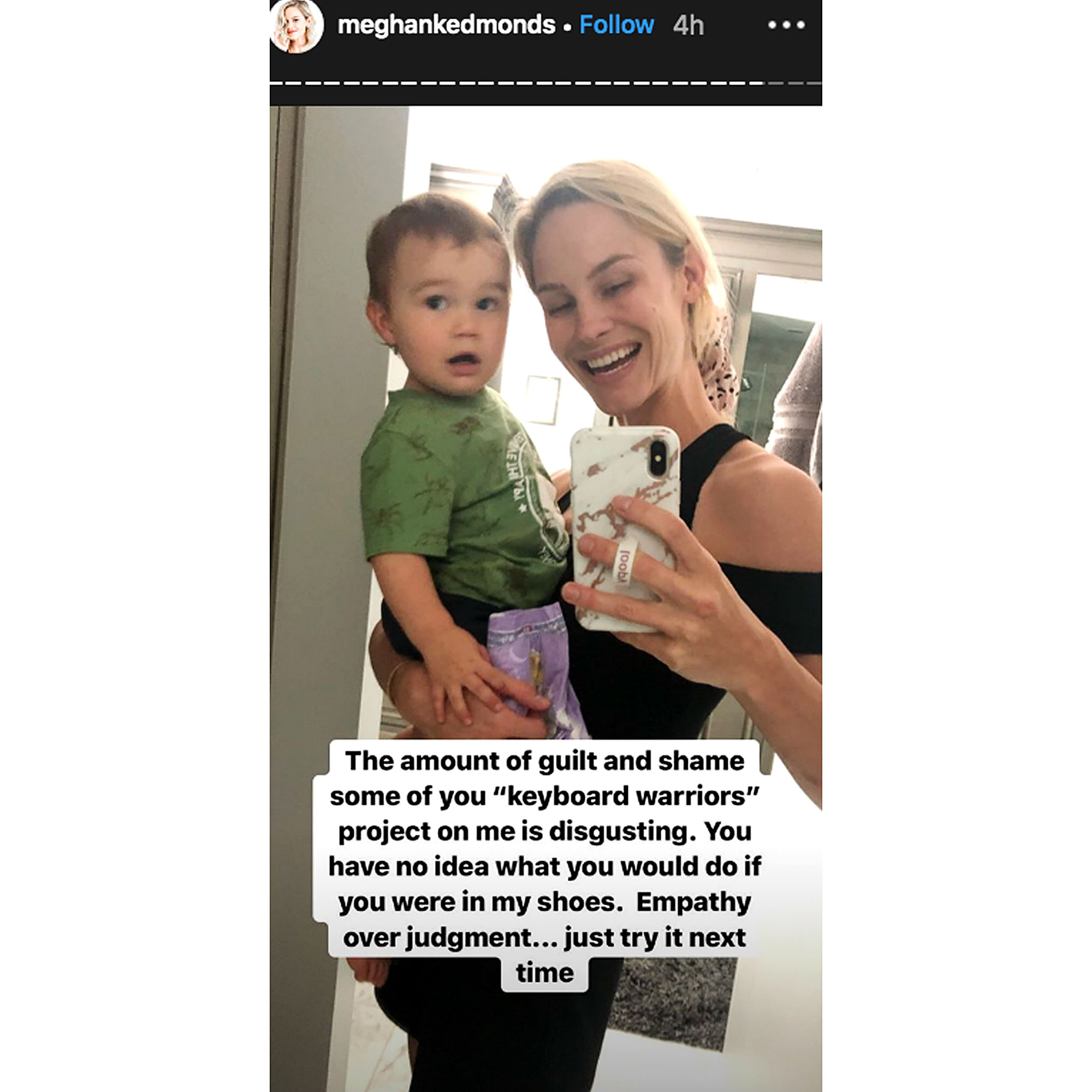 Although the former reality star considers her social media followers to be “extremely nosy,” she told them that she and her husband, Jim Edmonds, “decided to rent a house in California so Aspen and Hayes can come out and go to a stable routine household.” She called this decision a “dire extreme” for the three weeks that she and Hart will spend in California twice a year.

The Missouri native closed the video with: “Take your opinions and keep them to yourself because this whole thing sucks. Did I say that enough? It sucks. There’s no right answer and we’re trudging through this the best we can. So let me be. Give me a little space.”

After since Meghan announced that Hart, 15 months, was diagnosed with “irreversible brain damage” in July, she has been documenting his health journey, from chiropractic visits to hyperbaric oxygen chamber sessions.

“As a family, we are all making huge sacrifices to help make Hart function typically,” Meghan wrote on her blog earlier this month. “It KILLS me to spend so much time away from them – especially Hayes because I have never been able to devote the one-on-one time to him that Aspen and Hart have both gotten. Oh! The guilt!”