All Mariah Carey wanted for Christmas was you, but now that New Years has rolled around, all the singer supposedly wants is custody of two. Carey is reportedly seeking full custody of the 11-year-old twins she shares with The Masked Singer host Nick Cannon. And you could say there are a dozen reasons why.

A source told Radar Online that though Cannon is a “doting” father who tries to see his twins as much as possible, the reality is that Cannon has had ten other children (including his son Zen who tragically passed away). His 12th child was born in December 2022, so the source says Cannon “doesn’t see much” of his first kids, Monroe and Moroccan.

“The reality of the situation is that they are usually with Mariah anyway,” the source said. “She wants to put him on notice that he can’t just flit in and out of their lives while he attends to his other children. And she wants legal standing as the twins’ primary caregiver.”

Carey and Cannon were married from 2008 to 2016. They have seemingly co-parented amicably for more than a decade, but in that time, Cannon has become a co-parent with five other women.

Cannon spoke to Men’s Health in June of 2022, a few months after it was announced that he had an eighth child on the way. He said that “contrary to popular belief,” he is probably more engaged in his children’s lives since he doesn’t have a traditional job.

“If I’m not physically in the same city with my kids, I’m talking to them before they go to school via FaceTime and stuff,” he said. “And then when I am [in the same city, I’m] driving my kids to school, making sure I pick ’em up. All of those things, making sure [I’m there for] all extracurricular activities.” 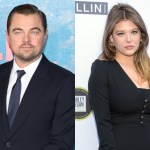 What also might be contrary to popular belief is the fact that Cannon has insisted that none of his kids were “accidents.”

Even still, he does end up the butt of many jokes. Soon after announcing the arrival of baby number eight, friend and comedian Kevin Hart sent him a vending machine full of condoms.

On New Year’s Eve 2022, Cannon insinuated that his family may continue to grow. During CNN’s broadcast of New Year’s Eve Live, co-hosts Andy Cohen and Anderson Cooper talked to Cannon about fatherhood.

Cohen joked that Cannon is “single-handedly repopulating the Earth” and asked about his family game plan.

That got a laugh from the co-hosts who then suggested a vasectomy.

“Is that what you want me to get?” Cannon said with a smile. “This is my body, my choice!”