It’s World Breastfeeding Week, the first week of World Breastfeeding Awareness Month, and we are experiencing yet another 2021 letdown (see what we did there?). Usually, at this time of year, we get to see tons of photos from around the world, as breastfeeding parents participate in celebrations and sit-ins with their babies firmly latched to their primary source of nourishment and comfort. This year, as with 2020, although the Global Big Latch On held virtual meetups, things weren’t exactly the same. 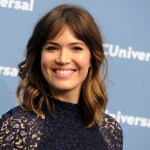 By no means do we blame any mothers for not wanting to expose their children and their breasts to big crowds, of course. We’ll leave any in-person mass demonstrations for the masked grownups and bigger kids. But we do miss seeing those glowing faces and pudgy cheeks. We were so uplifted by those images of women reminding the world that breastfeeding is not an obscene or sexual act, but actually the most natural thing in the world.

That’s when we decided to give in to nostalgia. Since breastfeeding demonstrations have been going on for more than a decade across the world, we decided to look back at photos from them, as well as other protest events. As we did, we realized how much they really have accomplished in just a few short years, changing attitudes about nursing in public and even getting governments to change laws. In the U.S., for example, it is now legal to breastfeed in public in all 50 states.

Still, there are some grumpy old prudes who will try to tell you to cover up or go to a bathroom. That’s why we’ve got to keep at it — once the pandemic truly passes, anyway. In the meantime, we can pretend that these photos, taken in China, the U.K., Mexico, Greece, the U.S., and more, are from this week. Heck, some of these pics weren’t even from Breastfeeding Week but from demonstrations held at other times of the year. We really can’t tell, you know, since breastfeeding never goes out of style.

This story was originally published in August 2020.