So sneaky! Bryce Dallas Howard has convinced her kids that she and her father, Ron Howard, aren’t famous. 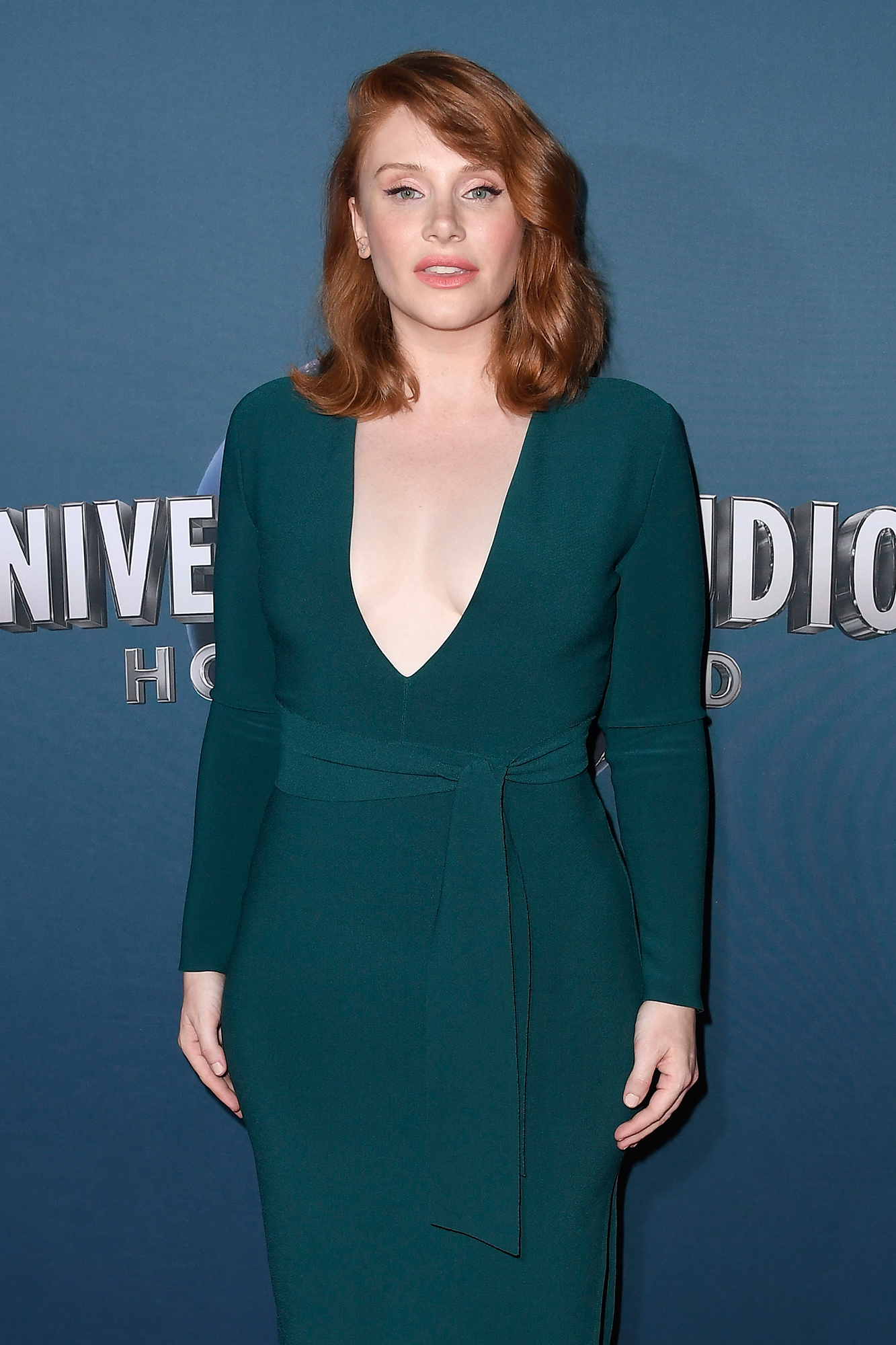 “What we say is ‘recognizable,’” the actress, 38, told Us Weekly exclusively on Monday, July 22, at the Jurassic World: The Ride grand opening in Los Angeles. “We’ll say we’re recognizable and so sometimes people will look at us a little extra long to be like, ‘Oh, I’m trying to figure out if I went to school with you or not.’”

The Jurassic World star may be famous, but the Happy Days alum, 65, still gets his daughter confused with Jessica Chastain. “He said to me, ‘Oh my gosh, I saw her and I swear I thought it was you. It was the most shocking thing,’” Bryce told Us on Monday.

The Dark Phoenix star, 42, explained the mix-up to the Associated Press earlier this month. “I was at the Apple store and Ron Howard was there, and I was like walking by and I was like, ‘Oh, that’s Ron Howard,’” Chastain said. “My friend [who] was with me said [Ron] turned to someone and he goes, ‘I think I just saw Bryce.’ … I mean it was brief, I literally walked by and he was like, ‘I think I saw Bryce.’ … We look so much alike.”

Bryce and her husband, Seth Gabel, tied the knot in 2006 and welcomed their son, Theodore, now 12, the following year. He became a big brother when Beatrice, 7, was born in 2012.

While the Black Mirror alum’s daughter is still too young to enjoy most of her movies, Theodore loves Jurassic World. “My son is stoked,” the Los Angeles native told Us exclusively last year. “He plays it cool, but he has Jurassic World sheets in his room. That’s a giveaway!”