Look away! DJ Khaled doesn’t have any plans to show his two kids his music videos.

“I would say don’t,” the DJ, 45, who recently partnered with Harmless Harvest to promote their Dairy Freestyle Challenge, exclusively told Us Weekly while sharing his parenting dos and don’ts. “You gotta be smart about [what you’re] showing. It’s common sense. … Like, make sure it’s the clean version. And then make sure it’s something they’re prepared to see at whatever age they’re at..” 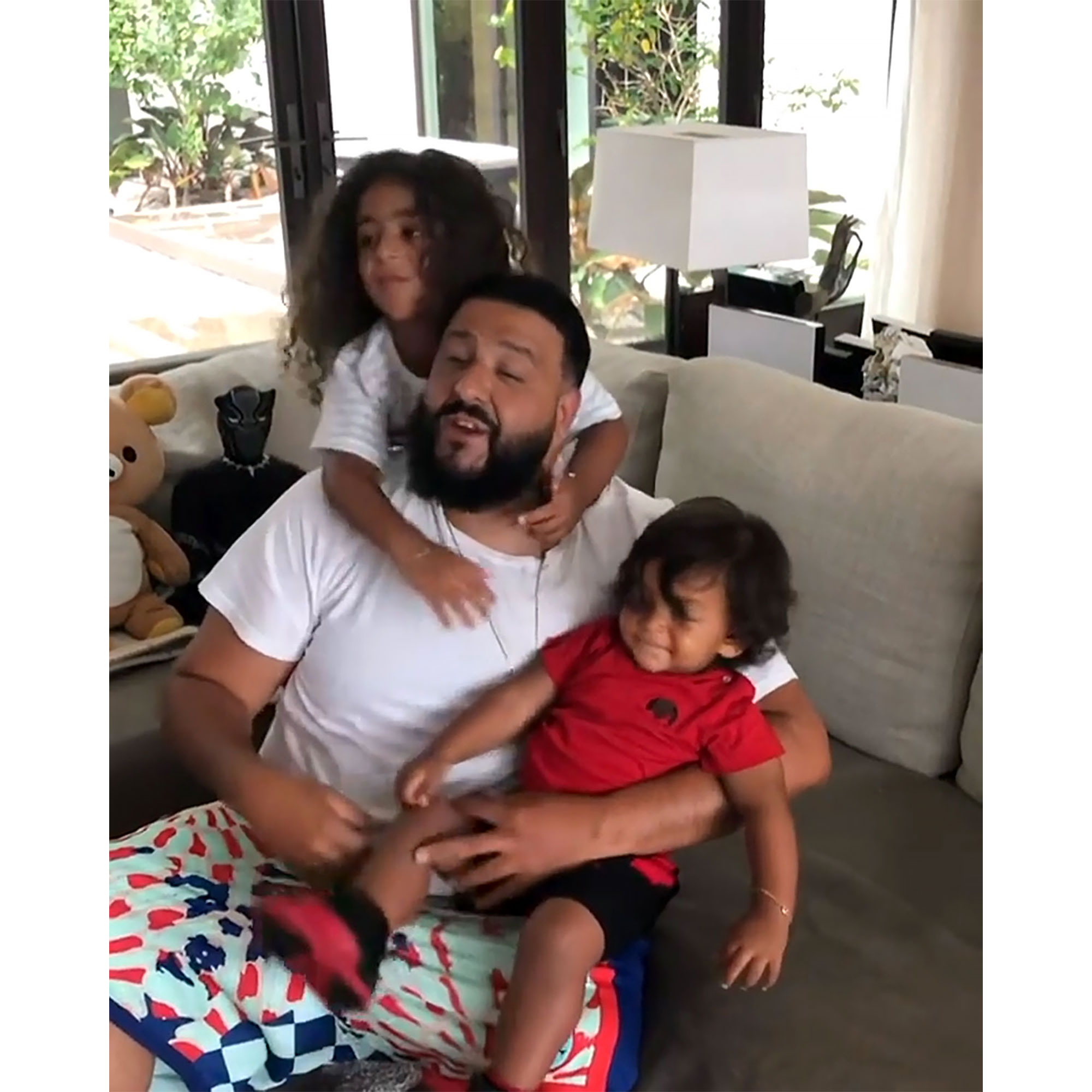 In general, the Louisiana native doesn’t want Asahd, 4, and Aalam, 17 months, to spend a lot of time looking at screens, explaining, “[Asahd] is always on his iPad or phone or the TV. We want him to do some other stuff.”

Sexy Celeb Dads With Their Kids

The brothers both have Instagram accounts, but Khaled and his wife, Nicole Tuck, control the uploads.

“We only post family photos and stuff like that,” the Keys author told Us. “We have to teach our kids to make sure that we only represent love and positivity. … You gotta let them know in advance how to use [social media]. It’s too early now for my kids, but just thinking forward, there’s a certain way it would have to be. Maybe private.”

When it comes to the little ones following the Grammy winner’s footsteps into the music industry, Khaled would be on board.

“Whatever they want to do as long as they want to do it [is fine],” the record executive explained. “In the music industry, you can be somebody that makes music. You can be a music executive, there are so many hats to wear in music. If they love it, why not?”

He and Tuck, also 45, tied the knot in 2009, welcoming their first child seven years later. Aalam arrived in January 2020. While raising their boys, the couple are intentional about not disagreeing in front of them.

“We always keep the energy beautiful,” Khaled told Us. “We always make sure to be mindful that our kids are there.”

The pair are all about PDA in front of Asahd and Aalam, although hugging and kissing is “as far as it goes,” the producer adds. “They all get to see that love. We kiss the boys every five minutes. They kiss Mommy every second. That’s the rule.”

Watch the video above for more of Khaled’s parenting tactics.