She’s too cute not to share! Kylie Jenner couldn’t help but snap some sweet pics of her baby girl Stormi on Saturday, June 30, just three weeks after she claimed she wasn’t sharing pictures of the 5-month-old bundle of joy.

The 20-year-old Keeping Up With the Kardashians star took to Snapchat to document some intimate moments with her little girl, including an adorable picture of Stormi laying in an over-sized bed with the caption, “my little love.” 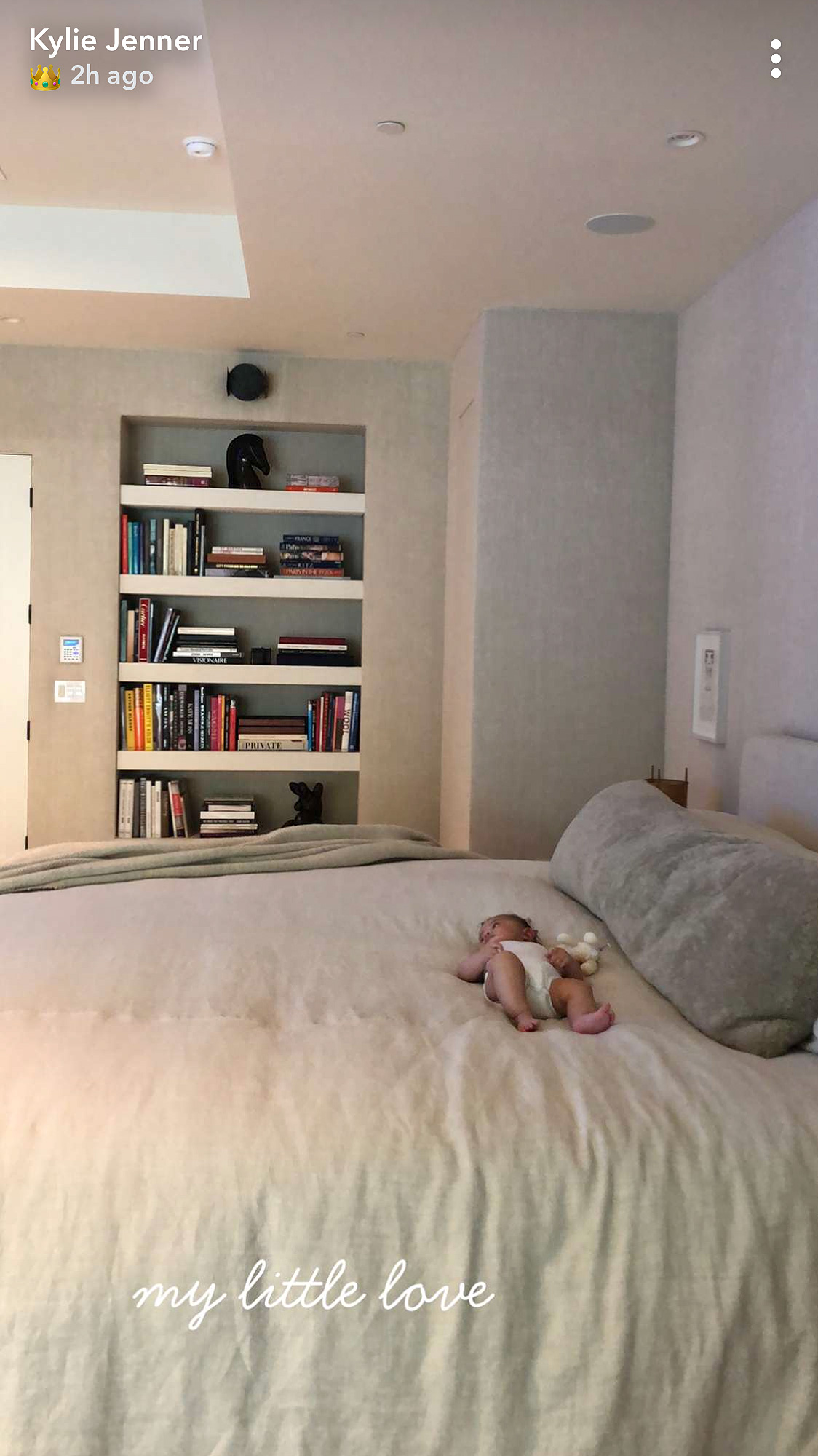 The following snap showed Stormi cuddling up to her mama, to which the Life of Kylie star wrote, “nothing better,” alongside the pic. 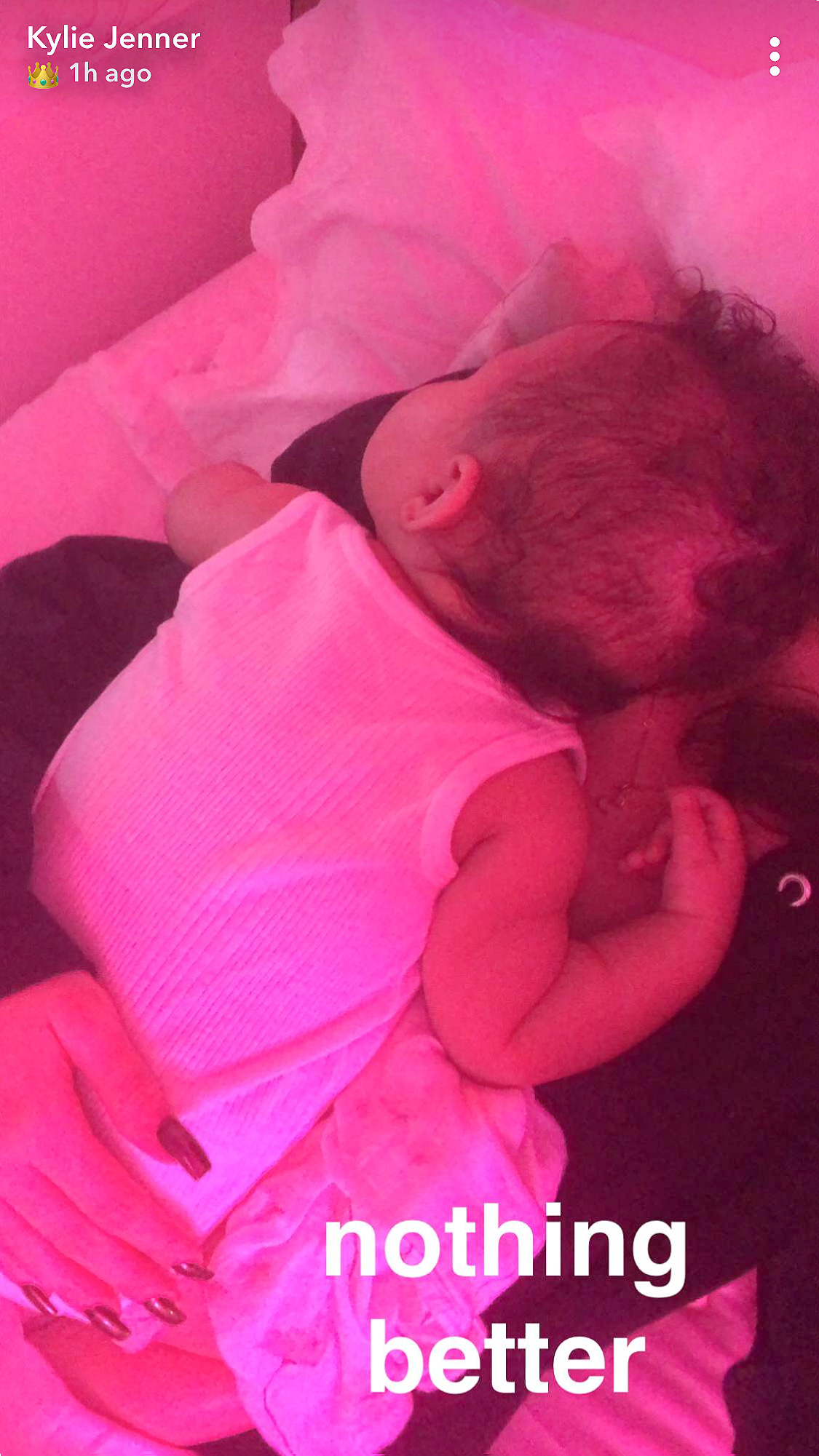 Earlier in June, Jenner revealed that she wasn’t going to be posting pics of her little girl “right now,” after social media followers accused her of cropping Stormi out of a photo.

“I spy with my little eye…” Jenner captioned a makeup-free pic of herself with nothing but her baby’s curls showing in the background. When commenters took aim asking why Stormi was cut out of the pic, the lip-kit maven responded: “yeah I cut my baby out. I’m not sharing photos of my girl right now.”

Jenner welcomed her first child with boyfriend Travis Scott on February 1. After keeping her pregnancy under wraps, she took to Instagram in an emotional post just three days postpartum to reveal the happy news of their new baby.

“I understand you’re used to me bringing you along on all my journeys. my pregnancy was one I chose not to do in front of the world,” she wrote at the time. “I knew for myself i needed to prepare for this role of a lifetime in the most positive, stress free, and healthy way i knew how. there was no gotcha moment, no big paid reveal i had planned. I knew my baby would feel every stress and every emotion so I chose to do it this way for my little life and our happiness.”