Not always easy. Bachelor in Paradise alum Krystal Nielson spoke out about coping with hormones in the months after her daughter Andara’s birth, revealing that she suffered a recent health scare.

These ‘Bachelor’ Babies Will Melt Your Heart

“The past few weeks have been rough,” the reality star, 33, wrote via Instagram on Thursday, July 1. “If you saw my stories last week you’d know that I was in and out of doctors appointments to try and figure out what was going on with my eyes. My vision was blurry, my eyes were insanely scratchy/ itchy, bloodshot and non-stop weeping. Five doctors later, it turns out it was a chemical exposure from getting my hair done. It was defeating, upsetting and from pushing off big projects to drastically affected my milk supply, it impacted my life in every way. While it was a total accident, I can’t help but feel soooooo extremely upset.” 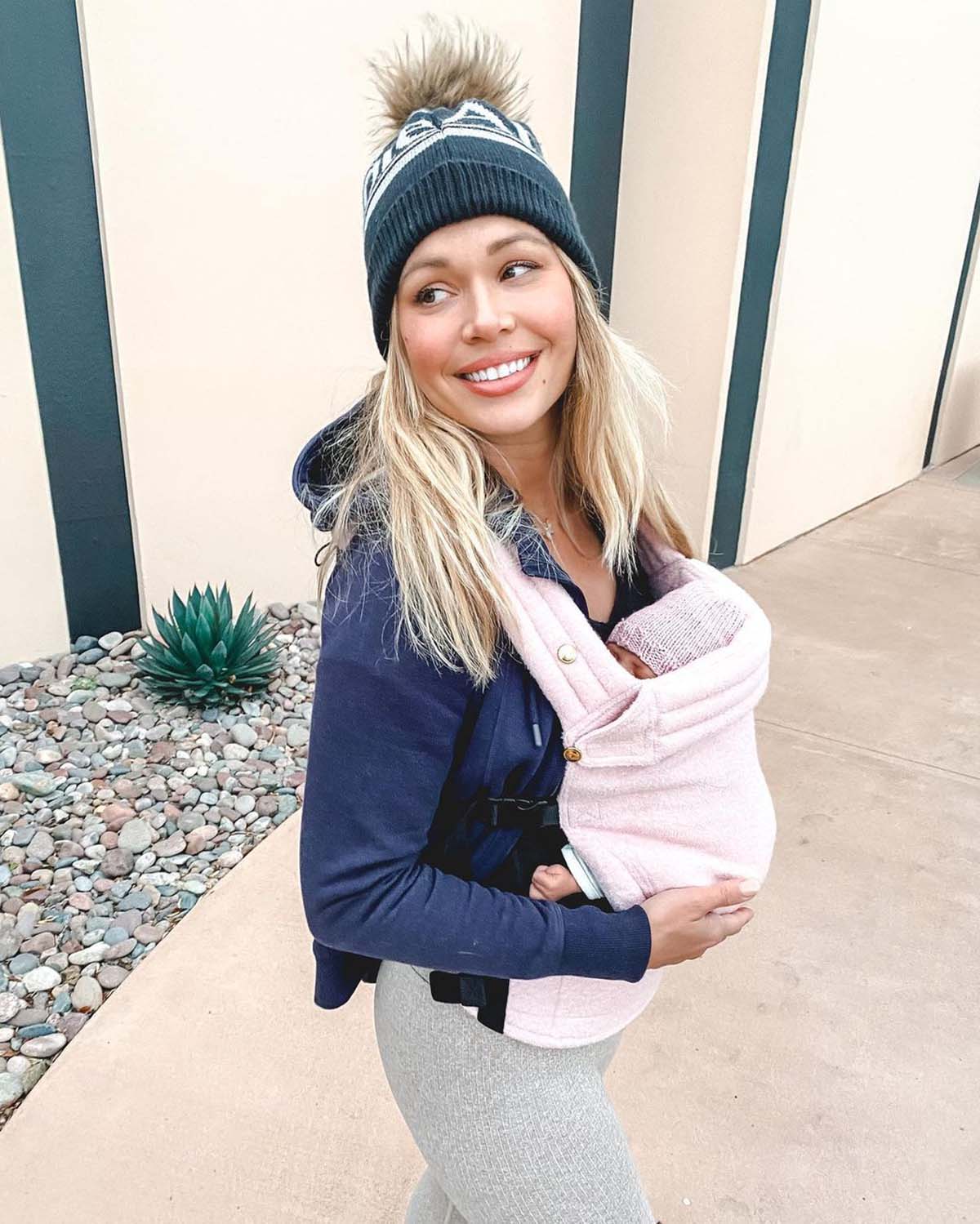 Nielson then confessed that she had been struggling prior to her eye issues. “What I didn’t share as openly was the 10ish days before that incident — when I felt a major drop in my hormones and the overwhelming wave of ‘figuring out this new life and new version of me’ kicked in, hard,” she noted. “The struggles have been ‘oh-so-real’ and while I love my family and being a mommy — it’s f–king hard.”

The Bachelor alum encouraged others to recognize the difficulties mothers face, especially when adjusting to first-time parenthood. “I’ve realized the first step in making changes is acknowledging where you are and asking for help,” she continued. “So I want to let you all know — Moms, especially new moms, NEED help. We may put on makeup and a brave face but there are very real hormonal changes happening in our bodies. There is a confusing cocktail of mourning the freedom we no longer have while discovering that layers and complexities of this new role and identity.”

Nielson concluded by clarifying her feelings and urging fellow mothers and those with friends who are moms to be supportive. “While I wouldn’t say I’m experiencing ‘postpartum depression’ yet … if I continue on without asking for help, support and most importantly sharing what’s on my heart, it will most certainly become that,” she admitted. “So please check in on your mom friends or drop a #momtip below. We moms need to stick together.”

Lauren Burnham — who appeared on Arie Luyendyk Jr.’s season of The Bachelor alongside Nielson and delivered her twins with the former race car driver, 39, in June — sent her love in the comments section.

“You’re not alone,” the Shades of Rose owner, 29, replied. “Becoming a mom for the first time is especially hard at times. Even if you don’t feel like it, you’re doing an amazing job and you will figure it all out with time. Proud of you!”

Nielson and boyfriend Miles Bowles welcomed their first child, daughter Andara, in March. The TV personality showed off her post-baby body on her Instagram Story 22 hours after giving birth.

She revealed earlier that month that she and Bowles had already talked about expanding their family further. “We have discussed [having a second baby], and I think we’ll probably want them a couple years apart,” Nielson exclusively told Us Weekly at the time. “It’s exciting. I’m not looking forward to that first trimester again. I know it’s so brutal.”

Us broke the news in January that the fitness coach and her Bachelor in Paradise costar Chris Randone finalized their divorce after more than a year of marriage.