When your kids decide to randomly be sweet, you should probably be on alert. It’s always the quiet times when they are up to no good! Kristen Bell’s daughters, Lincoln, 9, and Delta, 7, recently made their mom breakfast — that had an eye-watering secret ingredient.

“When the kids make you cinnamon toast,” the Central Park actress wrote on Instagram on Sunday. She also shared a video of her plate, with one strawberry and a piece of what looked like cinnamon toast. After zooming in on the delicious-looking breakfast, she panned the camera over to a bottle of cayenne pepper. Kids, am I right?

Someone, who might be Bell’s husband Dax Shepard, says in the background, “Would you like some water or milk?” Her mouth is undoubtedly burning after taking not one, but two bites of the cayenne-pepper toast. Ouch! Talk about a way to kickstart your day!

The O.C. star Rachel Bilson wrote, “I just love that there are two bites taken out of it….#commitment.” Bell responded, “@rachelbilson I am a dedicated mom.”

The Good Place star has opened up about her daughters’ love of pranks before. She told SheKnows in 2019, “They love pranks. One time they set a trail of wet wipes from the living room to their bedroom that they sold to me as ‘stepping stones.’ And when I walked on them, they had put a dollop of toothpaste on each wipe. It was a pretty good prank, I have to say.” 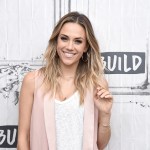 She added, “They also had an elaborate scheme to glue Dax’s butt cheeks together without him knowing. So far, they have not been able to execute that one. But I have faith that they will.”

Who can blame them? They have the funniest parents, so it’s no surprise they are testing their funny muscles, too. It’s nice to see that Lincoln and Delta’s pranks are becoming more simple and more effective as they get older. The cayenne pepper instead of cinnamon toast prank is a classic!

Celebrities — they’re just like us! Especially when it comes toembarrassing their kids.