Ennis is a big brother! Kirsten Dunst and Jesse Plemons have secretly welcomed their second child.

The actress, 39, was seen holding a baby carrier in June photos obtained by Daily Mail. 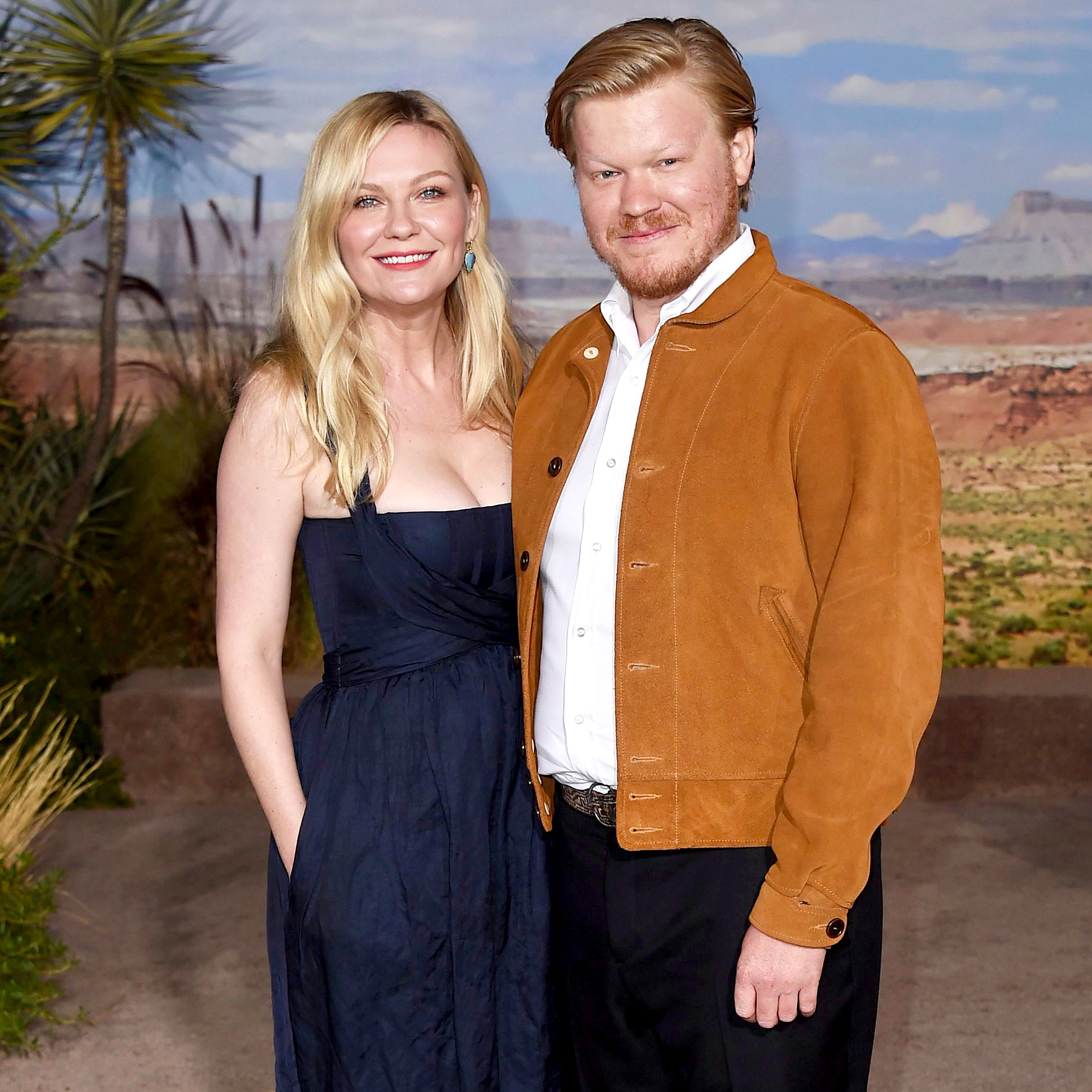 Dunst kept her pregnancy under wraps amid the coronavirus pandemic, debuting her baby bump in W magazine’s March 2021 issue. “Every shot was on the floor,” the Golden Globe nominee joked of the maternity shoot. “I was like, ‘I can’t get up.’ I felt like Urkel.”

In December 2017, Us Weekly broke the news that she and the actor, 33, were starting a family. Dunst confirmed the news the following month by posing for Rodarte’s Fall-Winter 2018 lookbook with her budding belly on display.

Ennis, now 2, arrived in May 2018. The Jumanji star told Jimmy Kimmel in September of the following year that she is already worried about the names her little one will be called on the playground in the future.

“Come on, you just stick a P in front of it,” the New Jersey native joked at the time. “There’s also anus. That’s not a great one. It’s like an old cowboy name. … We found it online. You know, on those baby websites where you just keep scrolling. We were like, ‘We like that. It sounds cool.’”

The Spider-Man star added that there Ennis is also a county in Ireland, as well as a town in Texas, which is where her fiancé is from.

The Fargo costars started dating in 2016 and got engaged the following year. In August 2019, the bride-to-be exclusively told Us that getting married is one of their top “priorities.”

“We’re definitely going to have a wedding eventually, but probably [a] small [ceremony] at home or something, like, really intimate, not a big wedding,” Dunst explained to Us at the time, calling the planning process “good fun.”

She added, “I never thought I would be that person who had a Pinterest board. And because we created it together from the beginning, it’s a really nice thing to do together. It’s going to be so personal and fun. We are having a good time.”

While the Marie Antionette star didn’t always see herself becoming a mom, she explained in July 2017 why she was determined she was to start a family with Plemons.

“I’m at a stage in my life where I’m like, ‘I’ve been working since I was 3. It’s time to have babies and chill,” Dunst told Marie Claire U.K. at the time. “I wasn’t one of those ‘I need a baby!’ people until my goddaughter was born. I love her so much. That love is just like … you can’t experience that unless you have a kid.”