It’s so easy to look at celebrities and come to conclusions about who they are, and Kim Kardashian has endured decades of this type of blanket judgement. It’s easy to assume that they don’t work hard or don’t have real-life problems, but anyone who listens to this new interview on Kristen Bell and Monica Padman’s podcast We Are Supported By will get a true glimpse of how thoughtful, smart, and multi-dimensional Kardashian truly is, as she talks about her challenges and successes, and especially as she speaks candidly about the body-shaming she experienced during her first pregnancy with daughter North West, now 8.

Kardashian detailed how being a public person while pregnant had a major influence on how much she continues to share on social media, noting: “It changed me as a person.”

“It really did change me and it made me really pull back on what I shared and just how much I wanted to give because I saw how nasty everyone was and it felt so bad,” she said. “It was really, really crazy.”

She explained, “I was not a good pregnant person. I was not a cute pregnant person. I did not like it. I hated it. I hated how I felt. I hate how I looked. The media really did brutalize me over gaining a lot of weight… they would always compare me to Kate Middleton so it would say, like ‘Kate the waif and Kim the whale,’ it was so nasty. I don’t think it would really fly today, but it killed my self-esteem. I can’t believe that this was acceptable and that this was okay.”

And as if the stress over the body-shaming wasn’t enough, Kardashian also had to deal with scary health concerns during her pregnancy: “I had this condition called preeclampsia and I didn’t know that I had it. It’s over-swelling in your feet and face. I had to deliver six weeks early with an emergency delivery and then I had another condition called Placenta accreta with both of my babies. It was insane.”

While we can go to Kardashian’s social media and see pictures she posts daily, she admits that she struggles with sharing her life as a mom while maintaining her privacy. “There is definitely a side of me that’s like, ‘Be who you want to be and post what you want to post,’” she said. “Then there’s the other side of me that’s like, ‘Oh, I’m a mom, I’m 40, I gotta chill.’”

After North was born — she’s also mom to daughter Chicago, 3, and sons Saint, 5½, and Psalm, 2 — Kardashian then had to deal with the intense scrutiny from those who judged her about not snapping back to her pre-baby body fast enough, which we all know is virtually impossible.

“We didn’t have a gym or anything and I was too embarrassed to go to a gym because I didn’t want people to look at me trying to lose weight,” she said. “I gained 70 pounds. I would sit in my mom’s garage and it was literally, probably 115 degrees in Calabasas in the summertime. I’d have my daughter in a stroller and I’d sit her in there and I would just work out in the garage and try to do anything I could until I did it. Once I lost my weight, and I felt better than ever and I was curvier than ever before, but it changed me.”

Not that we can’t work to get back in great shape after pregnancy, but here’s the thing, we shouldn’t have to. Our bodies change after bringing life into the world. Period. And our postpartum bodies should always be seen as a beautiful thing.

Before you go, check out these celebrity parents who used a surrogate. 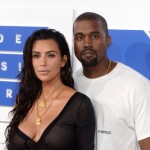