Happy in her skin! Khloé Kardashian took the time to respond to a troll who told her she was “insecure,” letting them know that they should take a step back and focus on their own life.

“Baby girl, you have to look in the mirror,” the Keeping Up With the Kardashians star, 36, wrote via Instagram. “Only insecure people tear other people down. I’m sending you so much love, health and happiness! I’m sorry that you’re hurting 💙.” 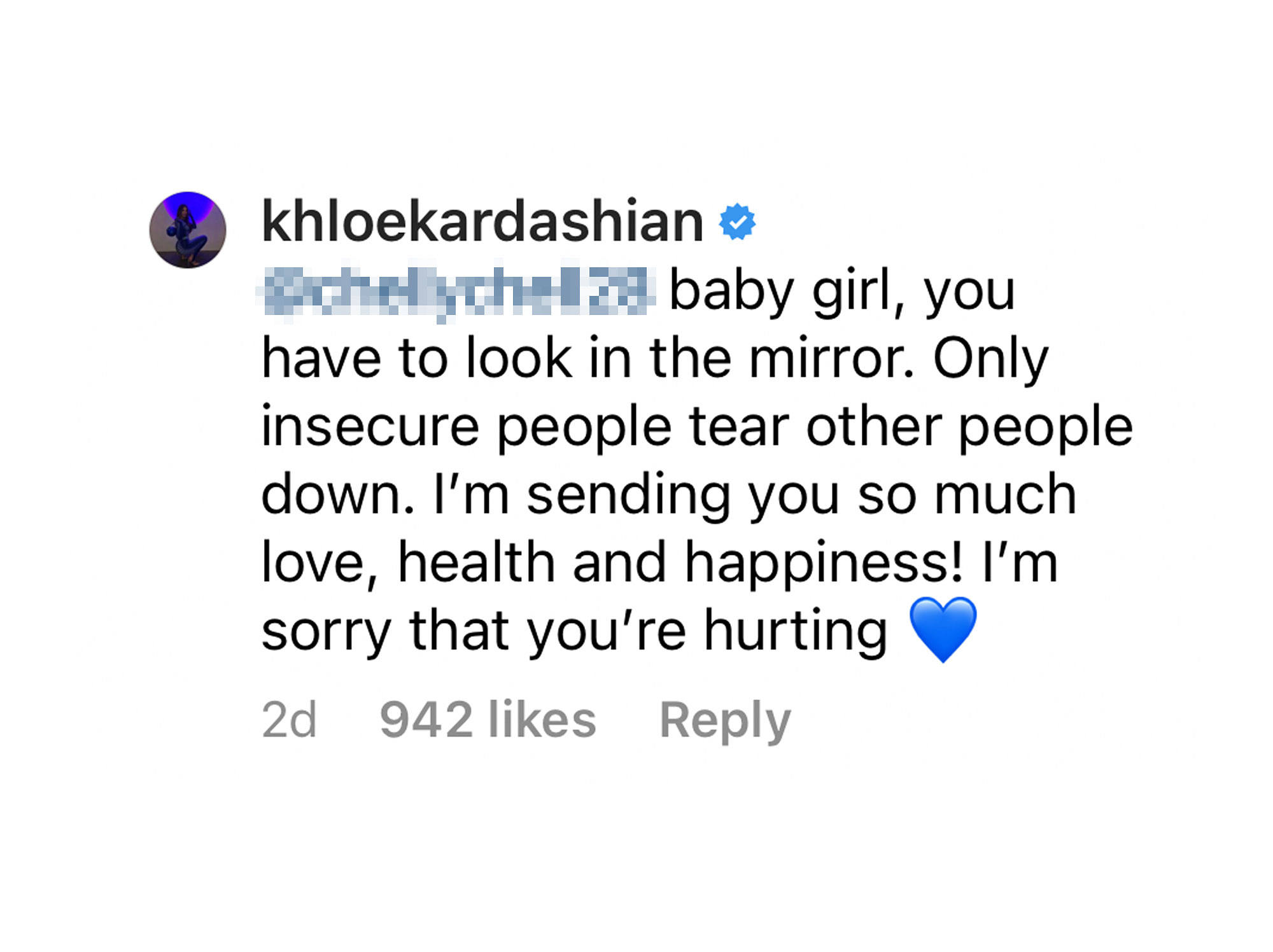 Kardashian’s response came after an Instagram user commented on a slideshow of photos she posted on Saturday, April 17. “If insecurity was a person 😥,” they wrote.

In the images, the Revenge Body host posed in front of a James Turrell artwork in a blue catsuit. She captioned the post, “Avatar,” adding a couple of UFO emojis. 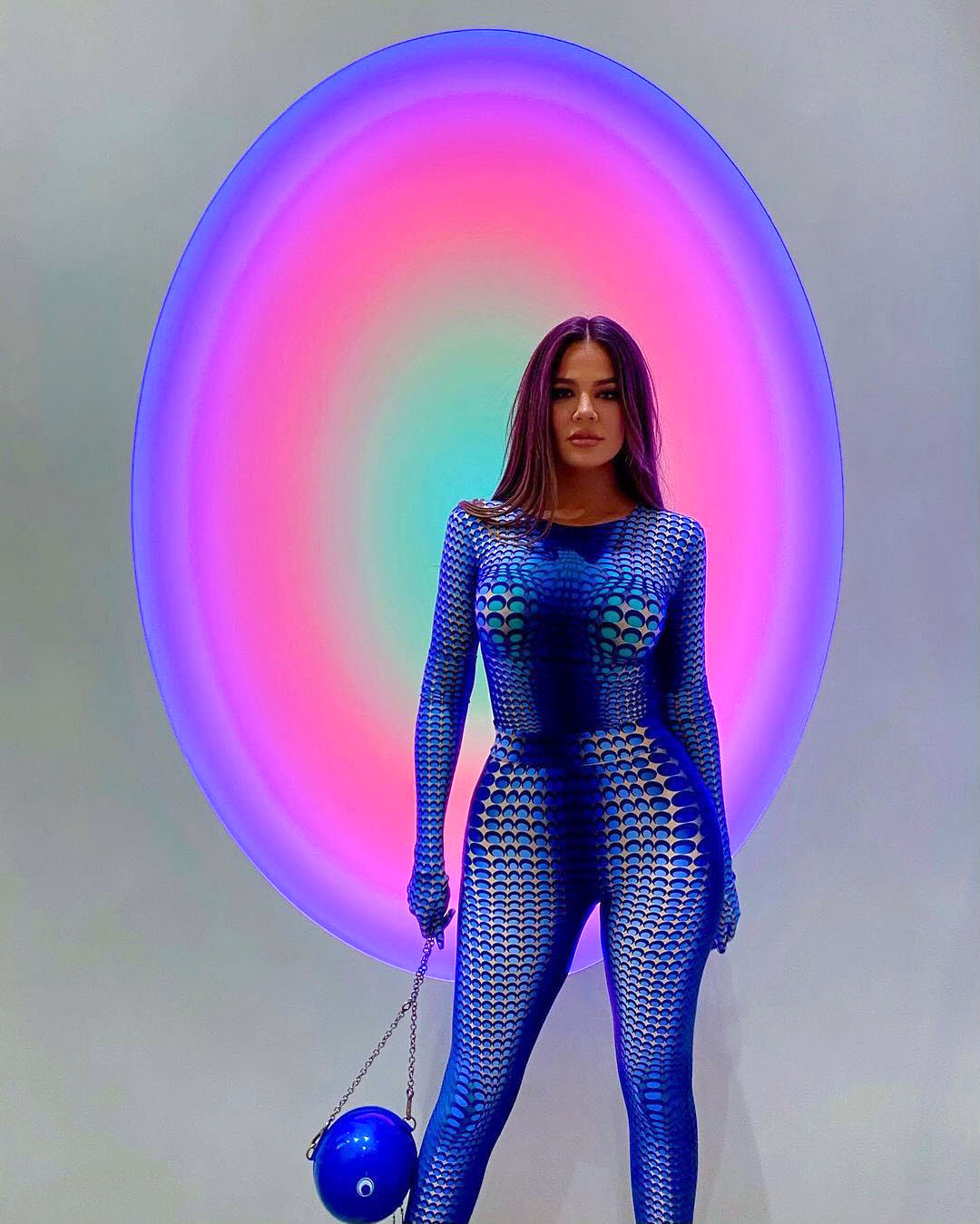 While the troll’s comment caught her eye, most of the responses to the youngest Kardashian sister’s photos were overwhelmingly positive.

Kardashian’s boyfriend, Tristan Thompson, left a series of heart eyes, drooling and heart emojis in the comments section, to which the Strong Looks Better Naked author replied with a few smiley faces. “The superhero we all need ❤️,” hairstylist Jen Atkin added in a separate comment.

Earlier this month, the California native made headlines when she spoke up about struggling with her body image after a leaked bikini photo made the rounds on the internet before it was ultimately deleted. At the time, she noted that she won’t apologize for her own social media content.

“Hey guys, this is me and my body unretouched and unfiltered,” she said in the clip. “The photo that was posted this week was beautiful. But as someone who has struggled with body image her whole life, when someone takes a photo of you that isn’t flattering in bad lighting or doesn’t capture your body the way it is after working so hard to get it to this point — and then shares it to the world — you should have every right to ask for it not to be shared — no matter who you are.”

Last year, a source told Us Weekly exclusively that the E! personality felt good in her body as fans continued to weigh in on her ever-changing look.

Kardashian-Jenners and Celebs Rally Around Khloe K. After Photoshop Drama

“She thinks she looks great. And actually [she] does not care what people think as long as she’s happy,” the insider said in June 2020.