During a recent episode of The Kelly Clarkson Show, Kunis appeared as a guest, and the two iconic women bonded over their kids’ overwhelmingly busy schedules that are impossible to keep up with in addition to their own jam-packed agendas.

Kunis asks Clarkson, “Tell me if this is in your school, this thing of like, ‘If you invite one kid to a birthday, you have to invite the classroom’ concept?,” to which Clarkson responds, “Oh yeah yeah yeah.” Kunis hilariously says, “Yeah, that’s gotta go.”

She immediately protects herself from any backlash, quickly saying, “I’m sorry, I love everyone in my kids’ school, please, I’m so sorry, don’t hate me, but it’s too much. It’s just too much.”

The singer and actress commiserated about their children’s overwhelming schedules, with Clarkson saying, “There’s always a party” and Kunis passionately following up with “Because you get invited to 22 kids’ birthday parties!”

“How do you fit it all in?” Clarkson asks rhetorically. The two women lamented the fact that weekends are no longer reserved for “off-time,” but instead for playdates and parties and other social obligations for their kids. 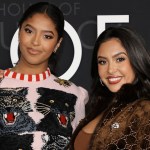 The TV and movie star explains that her kids are so busy that she and husband Ashton Kutcher sometimes lie to them, which she quickly begins to backtrack on, but Clarkson enthusiastically and shamelessly interjects, “I totally lie to my children! I’m like, ‘Oh, Disneyland is closed today.’”

Kunis cracks up laughing while Clarkson says, “I’m not above it; you can totally judge me, write a book on it, I don’t care. I totally lie to my children.”

The That ’70s Show alum went on to share, “We just tell our kids we have plans when we don’t,” to which The Voice judge exclaims, “That’s lying!” Kunis in turn throws her hands in the air and says, “We all lie to our kids, okay, fine!”

Kunis says she and Kutcher also use football as a convenient excuse, with either college or NFL games on nearly every day of the week during the better part of the year. Clarkson explains that she can’t use that excuse because she doesn’t really watch the sport, to which Kunis responds with a laugh, saying “Neither do I, hence the lies!”

Both women have two children, ages 8 and 6. Kunis shares daughter Wyatt and son Dimitri with Kutcher, and Clarkson shares daughter River and son Remington with her ex-husband, Brandon Blackstock.