What a “Sweet Creature.” Katy Perry called Harry Styles a “complete gentleman” after he had the best reaction to her pregnancy news.

“It was so funny. I actually saw him on a plane before I announced that I was pregnant,” the Grammy nominee, 35, told Scott Mills on his “Radio 1 Breakfast Show” on Tuesday, June 9. “We were having a conversation and I was like, ‘Yeah, and I’m pregnant,’ just like off the cuff, because I was like, what else do you say?”

The former One Direction member, 26, was “so happy” for Perry and her fiancé, Orlando Bloom. 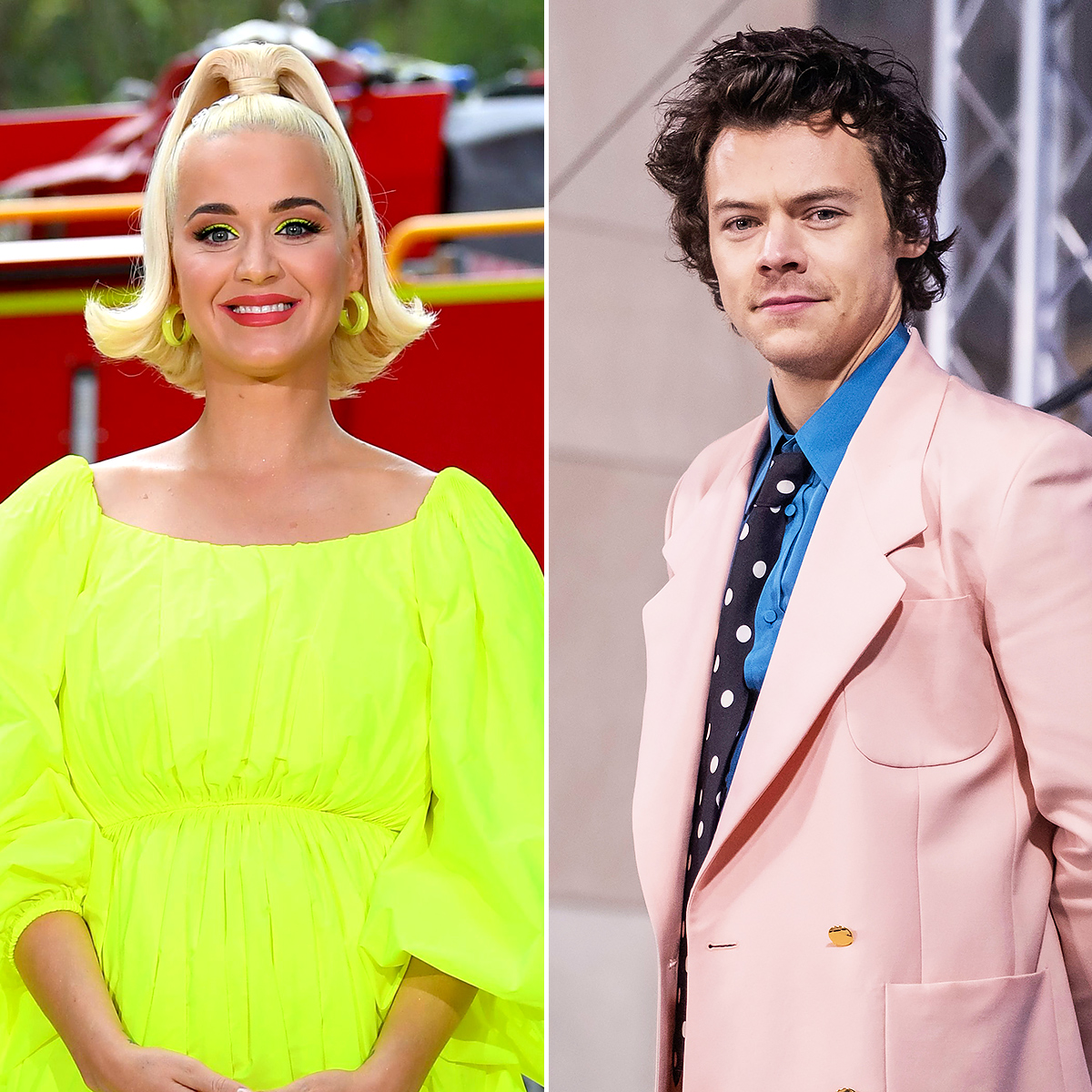 “He was so sweet,” the “Never Worn White” singer added. “I was, like, crouching down by his seat on the plane and once I had told him that, he got up out of his seat and he was like, ‘Here, sit in my seat.’ And I was like, ‘No! I’ll just go and sit in my own seat, which is right across the way,’ but he’s, like, a complete gentleman.”

The California native announced in March that she and Bloom, 43, are excepting their first child together. The actor already shares his 9-year-old son, Flynn, with his ex-wife, Miranda Kerr.

The following month, the couple revealed the sex of their baby-to-be with the help of pink frosting.

The American Idol judge opened up last month about the struggles of being pregnant amid the coronavirus pandemic. “I cry when I look down at my toes or I cry when just doing simple tasks,” the American Music Award winner said in a May livestream. “I think a lot of that is hormonal and I’m not used to being around so many people all in a confined [or] a small space for so long. I’m used to going [out] all the time. … There is not really anywhere to go besides my car. So I go to my car a lot. That is my safe space.”

That same month, Perry went on to tell Radio.com that she was “spiraling” while quarantining. “All perfectionist slash control freaks are spiraling right now. … But I also chalk it up to the uncertainty of being pregnant for the first time and having a child and not knowing [the future].”

The singer started dating Bloom in 2017 and got engaged to the Pirates of the Caribbean star two years later.