Kate Middleton has babies on the brain! The Princess of Wales visited the maternity unit in the Royal Surrey County Hospital yesterday and met with mothers and their babies — even cradling a newborn baby at one point — and igniting serious baby fever (at least for me). It turns out, the moment with infants reminded her of her own “babies,” aka, Prince George, 9, Princess Charlotte, 7, and Prince Louis, 4, whom she shares with husband Prince William.

“I keep thinking Louis is a baby but he’s a big boy now,” Princess Kate said while holding baby Giles Talbot-Erasus, per Daily Mail. “It just feels like yesterday.”

She nailed it — I actually have a 7-month-old baby, but I still think of his older brothers as little. It’s so hard to see how grown-up they act when doing typical 5- and 3-year-old things, so I can totally relate. It’s a gut punch realizing how fast it’s all slipping by!

A post shared by The Prince and Princess of Wales (@princeandprincessofwales)

The Duchess of Cambridge also admired baby Giles’ tiny mittens, remarking, “George was so huddled up too, he spent quite a few days like that.” When do they go from curled-up little teddy bears to wild balls of energy? It’s so bittersweet looking back and remembering those tiny newborn days.

It wasn’t all misty-eyed reminiscing, though. Princess Kate also laughed with other parents about the shenanigans older ones get into. Second-time parents Hannah and Luke Culverwell mentioned their toddler bumped his head before family photos, to which Kate laughed and said, “They all get them. They just seem to pick up these cuts and bumps, it’s part and parcel of it.” 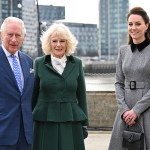 Afterward, Szilvia said, “'[Kate] was lovely to speak to. I was really impressed. You don’t feel like you have classes between you. It’s really nice.”

The hospital’s deputy director of midwifery Amy Stubbs told PEOPLE that Princess Kate “was very relatable.” She had a lot of advice for the moms, “She talked a lot about how it felt for her when she became a mother,” Stubbs told the outlet. 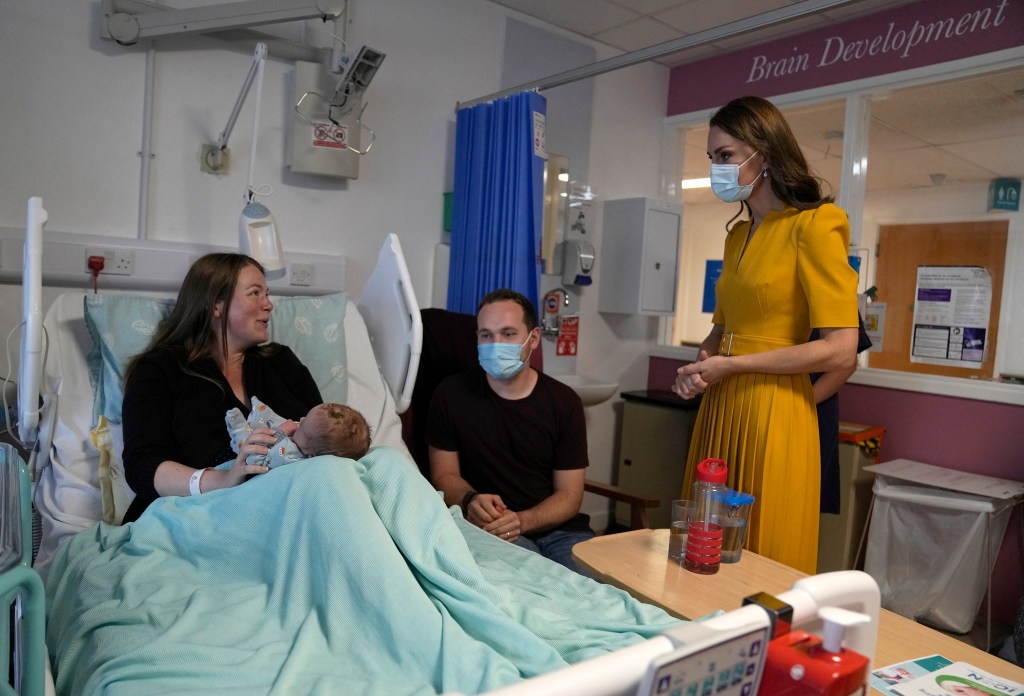 “She just really talked about her own children including how they chose their names. A lot of the new mums and dads are thinking about how to choose names for their babies, and they spoke with her about how Kate and William made their choice,” Stubbs continued, adding, “She said they were their favorite names and that obviously the world was waiting for them to name their children — and that felt like quite a big pressure!”

The purpose of the visit was to advance Princess Kate’s understanding of best practices in maternity care for mothers and children across the U.K. Stubbs told PEOPLE that she was very “delightful” and “joyful.”

“She was just delightful. She spent a lot of time talking to a lot of the staff and meeting mums and dadas and new babies across the whole service,” Stubbs said. “It was a really joyful for everyone to have that opportunity and hugely validating for us as a service for her to take the time out to visit us.”

Princess Kate, who launched the Royal Foundation Centre for Early Childhood in June 2021, was “particularly interested in maternal mental health and how we are supporting maternal mental wellbeing through pregnancy and in the early post-natal periods,” according to Stubbs, who said the Princess talked to staff and families “about that aspect of care and how that felt for them.” 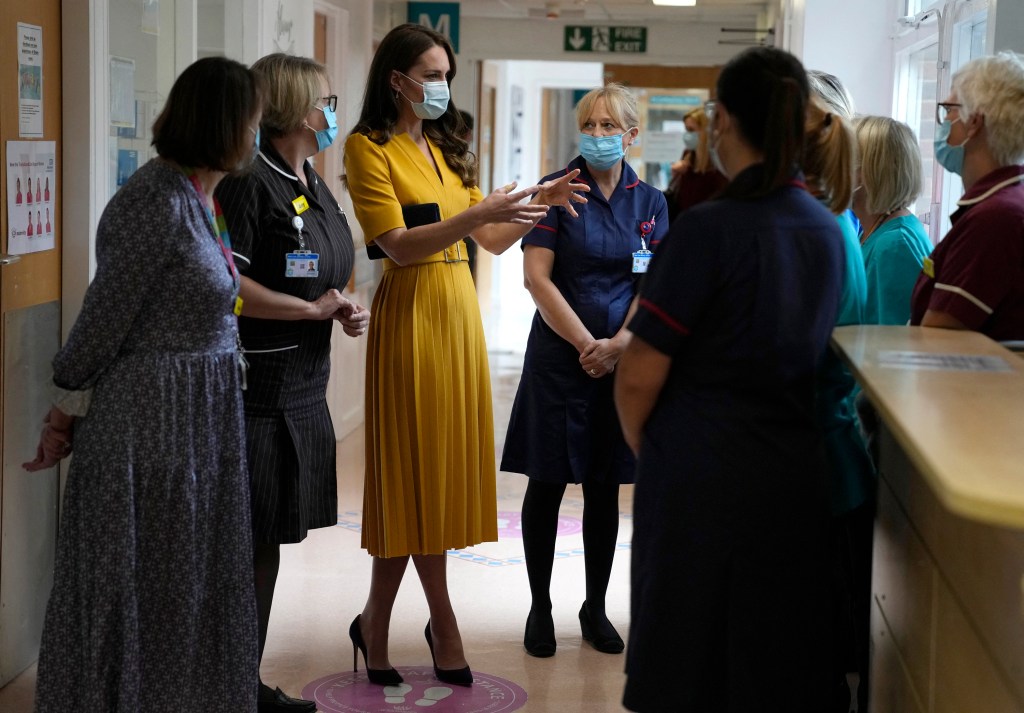 During a Jan. 2020 visit to Wales, Kate told a group about her experience as a new mom to Prince George.

“It’s nice to be back in Wales. I was chatting to some of the mums,” Duchess Catherine said to the assembled group. “It was the first year and I’d just had George — William was still working with search and rescue — and we came up here and I had a tiny, tiny baby in the middle of Anglesey. It was so isolated, so cut off. I didn’t have any family around, and he was doing night shifts.”

She continued, “So… if only I had had a center like this. I see amazing work you’re doing here in so many areas. It’s just bringing it to light. The critical work you’re doing has a massive social — and economic — impact later down the years.”

Will all this reminiscing make Princess Kate want another baby? During her Feb. 2022 solo tour of Denmark, she said the prospect of another baby makes her “very broody.” “William always worries about me meeting under one-year-olds,” she continued. “I come home saying, ‘Let’s have another one.’”

Being a mom has seemed to make Princess Kate even more empathetic toward mothers and focused on improving maternal care in the U.K., and we love to see it! Who bets she went home and cuddled her own kids after that sweet visit? It doesn’t matter how big they get, they’ll always be our babies!