Kara Keough imagined what life would be like with her late son, McCoy, four months after her baby boy’s death.

“At four months old, we’d be seeing the Real McCoy by now, the face we could look back on later and say ‘Oh, see, right here, that’s when he starts looking like Mack,’” the Real Housewives of Orange County alum, 31, captioned a black-and-white shot with the infant on Thursday, August 6. “Instead, every bulky blonde boy I see is you. That’s just one of the million cuts of losing you so soon, I’m forced to imagine the faces of your stolen future.” 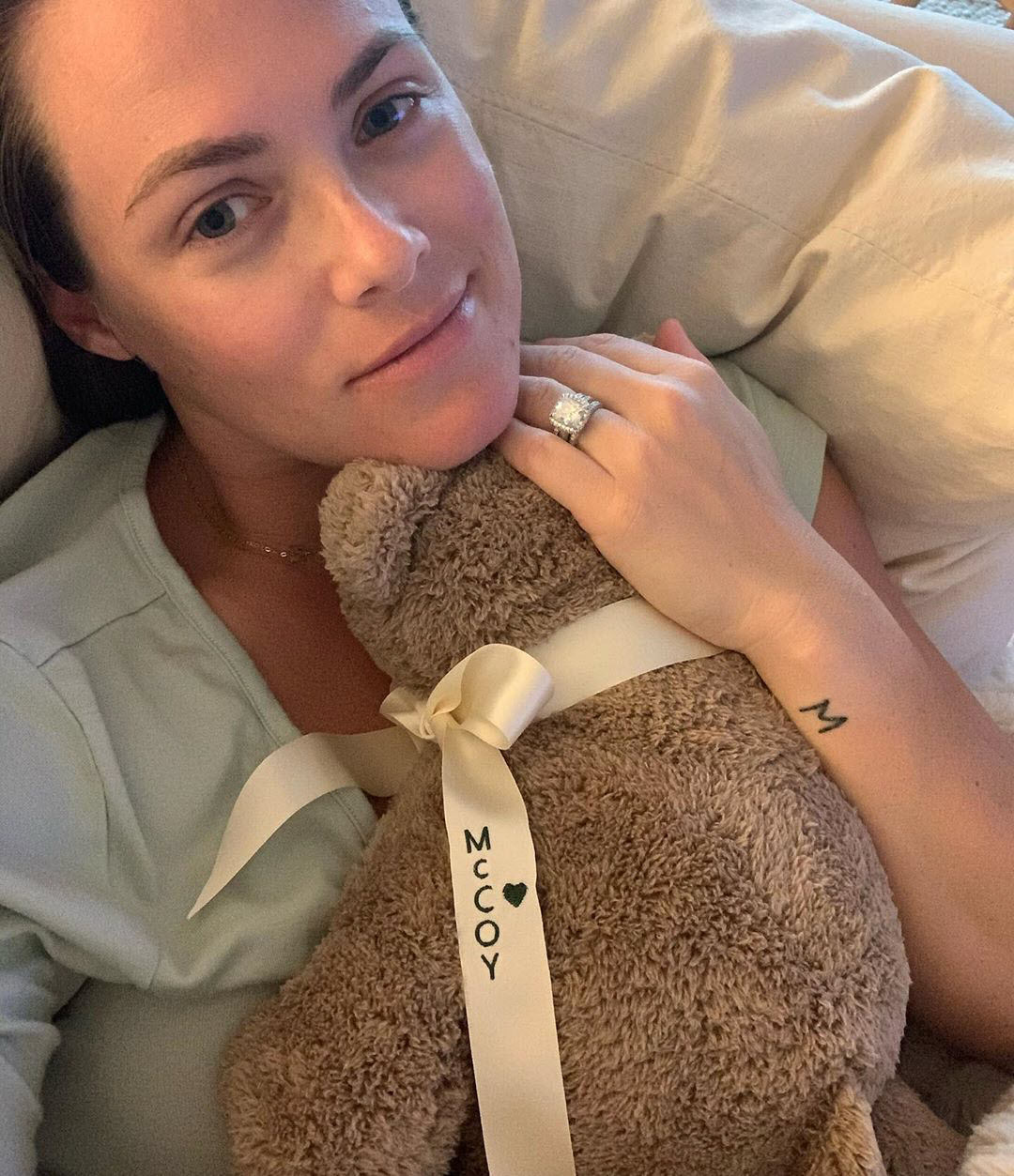 The California native, who shares daughter Decker, 4, with her husband, Kyle Bosworth, described the loss of her son’s “gummy smile” in the future, the sound of his voice and his curls.

“It’s all a blur now, all the ways you could have been you,” Jeana Keough’s daughter went on to write. “Did this really happen? Did we ever really have you at all? The answer is a resounding yes, of course. And we always will. I notice that your name is our new ‘Hallelujah!’ Every time the world gives us something beautiful, we shout your name. … We see you, baby.”

Kara revealed in April that she and Bosworth, 33, had lost their little one. “He joined our Heavenly Father and will live forever in the hearts of his loving parents, his adoring sister, and those that received his life-saving gifts,” the former Bravo personality wrote via Instagram at the time.

Less than a month later, Kara’s dad, Matt Keough, died, and the actress asked him to “take care of [her] son” in an emotional May Instagram tribute.

“Teach him the circle changeup and how to find forever friends,” she wrote. “You’re on grandpa duty in heaven now.”

Kara and the former professional football player wed in February 2014 and announced the following year that they were starting a family. Decker arrived in 2016.