Putting family first. Kanye West and his wife, Kim Kardashian, appeared to put their issues behind them as they had fun with their eldest daughter, North West.

The “Wash Us in the Blood” rapper, 43, shared a video of himself dancing with his 7-year-old daughter via Twitter on Friday, August 7. In the clip, Kardashian, 39, West and North ride in a golf cart when the viral song “Push The Feeling On” by Nightcrawlers begins to play. The Chicago native hops out and starts to dance beside the vehicle, which causes North to jump down to join her father.

The sweet family moment comes days after West made headlines for another controversial Twitter rant.

“I cried at the thought of aborting my first born and everyone was so concerned about me. … I’m concerned for the world that feels you shouldn’t cry about this subject,” the “Jesus Walks” rapper tweeted on July 31.

Hours later, Kardashian showed that she is still focused on their kids when she shared a slideshow of photos via Instagram of herself and North, Saint, 4, Chicago, 2, and Psalm, 14 months. The Keeping Up With the Kardashians star’s grandma Mary Jo Campbell and mom, Kris Jenner, also posed with her in some of the photos. 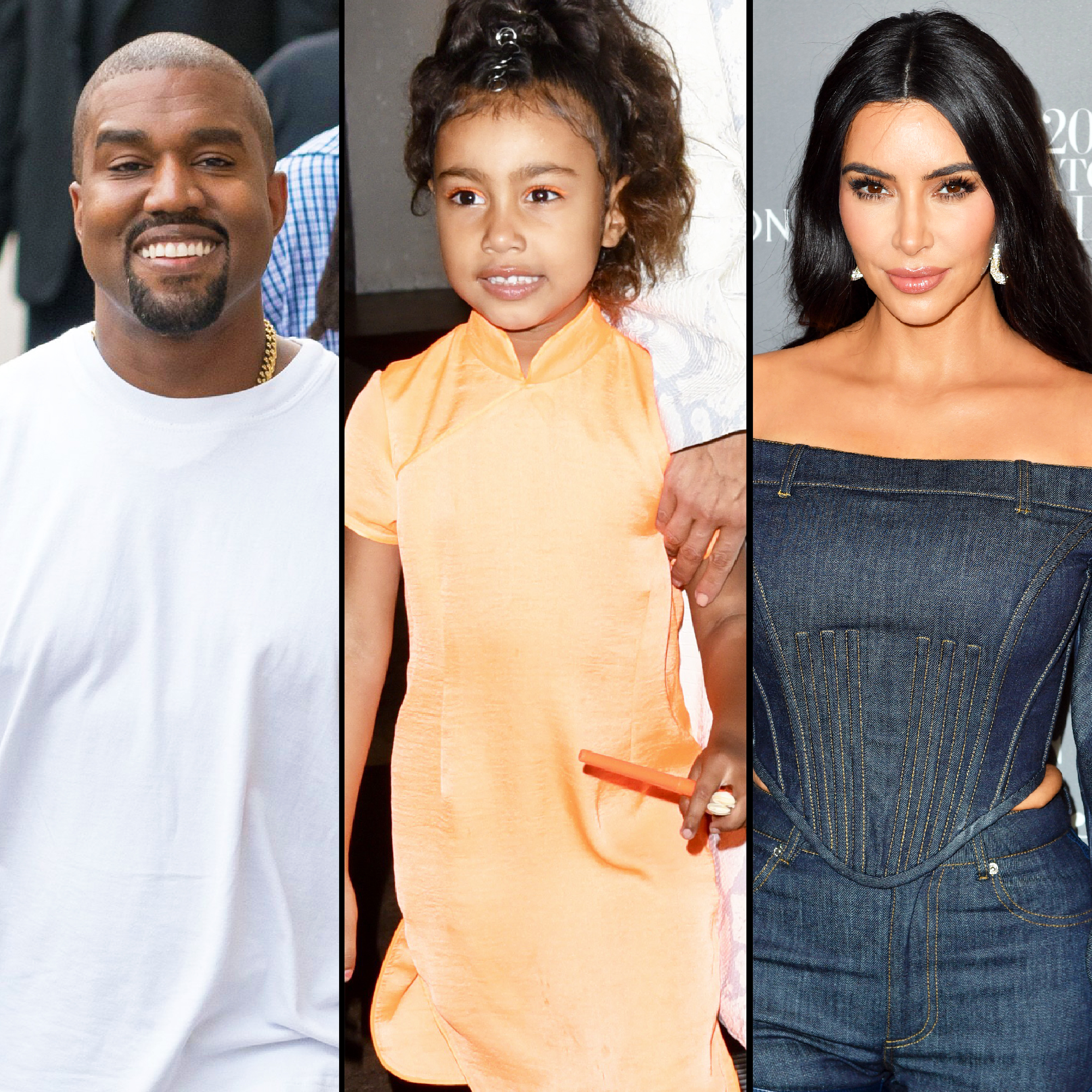 Last month, West raised eyebrows during his South Carolina presidential rally when he shared that he and Kardashian had considered aborting North. The Grammy winner later sent a series of tweets claiming that the E! personality was trying to “lock him up” and said he had been “trying to divorce” the Skims founder for two years.

Kardashian addressed her husband’s behavior via Instagram on July 22, noting the challenges of West’s bipolar disorder. The “Flashing Lights” rapper was diagnosed with the condition in 2016.

“Those that understand mental illness or even compulsive behavior know that the family is powerless unless the member is a minor,” she wrote. “People who are unaware or far removed from this experience can be judgmental and not understand that the individual themselves have to engage in the process of getting help no matter how hard family and friends try.”

The reality star added, “He is a brilliant but complicated person who on top of the pressures of being an artist and a Black man, who experienced the painful loss of his mother, and has to deal with the pressure and isolation that is heightened by his bipolar disorder.”

A source told Us Weekly in July that West — who has been staying at his ranch in Wyoming in recent months — and Kardashian are “on completely different trajectories” following their recent drama but still have a “desire to make it work.”