So cute! Kanye West was all smiles as he and son Saint threw out the first pitches at the Cubs-White Sox game in Chicago on Sunday, September 23.

The Chicago native wore a White Sox jersey as he walked out onto the Guaranteed Rate Field to his song “Homecoming,” carrying his 2-year-old on his shoulders.

The doting dad, 41, then set his only son down on the pitcher’s mound and handed him a ball, which Saint threw a short distance as his grinning dad watched proudly and then bent down to give him a kiss on the cheek. 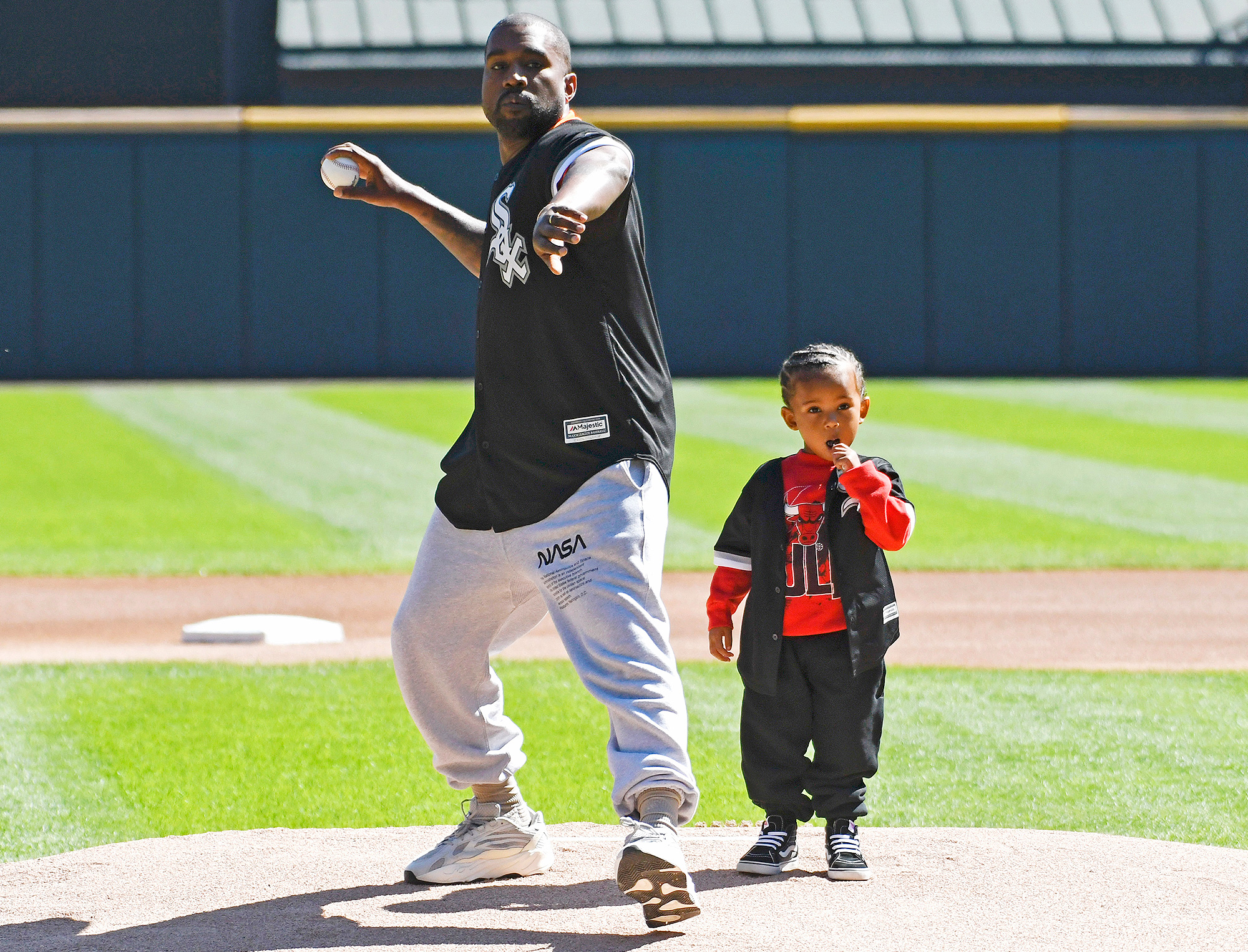 He then carried Saint — who was dressed in a Bulls T-shirt topped with a White Sox jersey with “West 1” on the back — off the field, still smiling.

The “All Mine” rapper also shared a photo from the event on Instagram, captioning it “Happy Sunday.”

It’s been a big weekend for the Kardashian-West family. North West, 5, the eldest daughter of Kim Kardashian and West, who also share daughter Chicago, 8 months, made her runway debut on Sunday at the L.O.L. Surprise fashion show in Pacific Palisades, California, with her mom, 37, cheering her on.

West recently sparked rumors that he and his family were relocating to the Windy City after he said he was “never leaving again” during an event in Chicago. But a source told Us Weekly that they are not moving away from California.

“The family will continue to be based in Calabasas, where the kids will go to school,” a source close to Kardashian told Us earlier this week. “Yes, they have bought a house in Chicago, where they will spend a lot of time. It’s extremely important to Kim that the children know where their father came from and to spend as much time there as possible.”