The preteen competed at Hammock Creek Golf Club in Palm City, Florida, earlier this month. Charlie played in a U.S. Kids Golf-sanctioned event and rose to the top of the leaderboard in the boys’ 11-year-old division.

The little one shot three-under 33 across nine holes, finishing with three birdies and zero bogeys, according to U.S. Kids Golf’s stats. 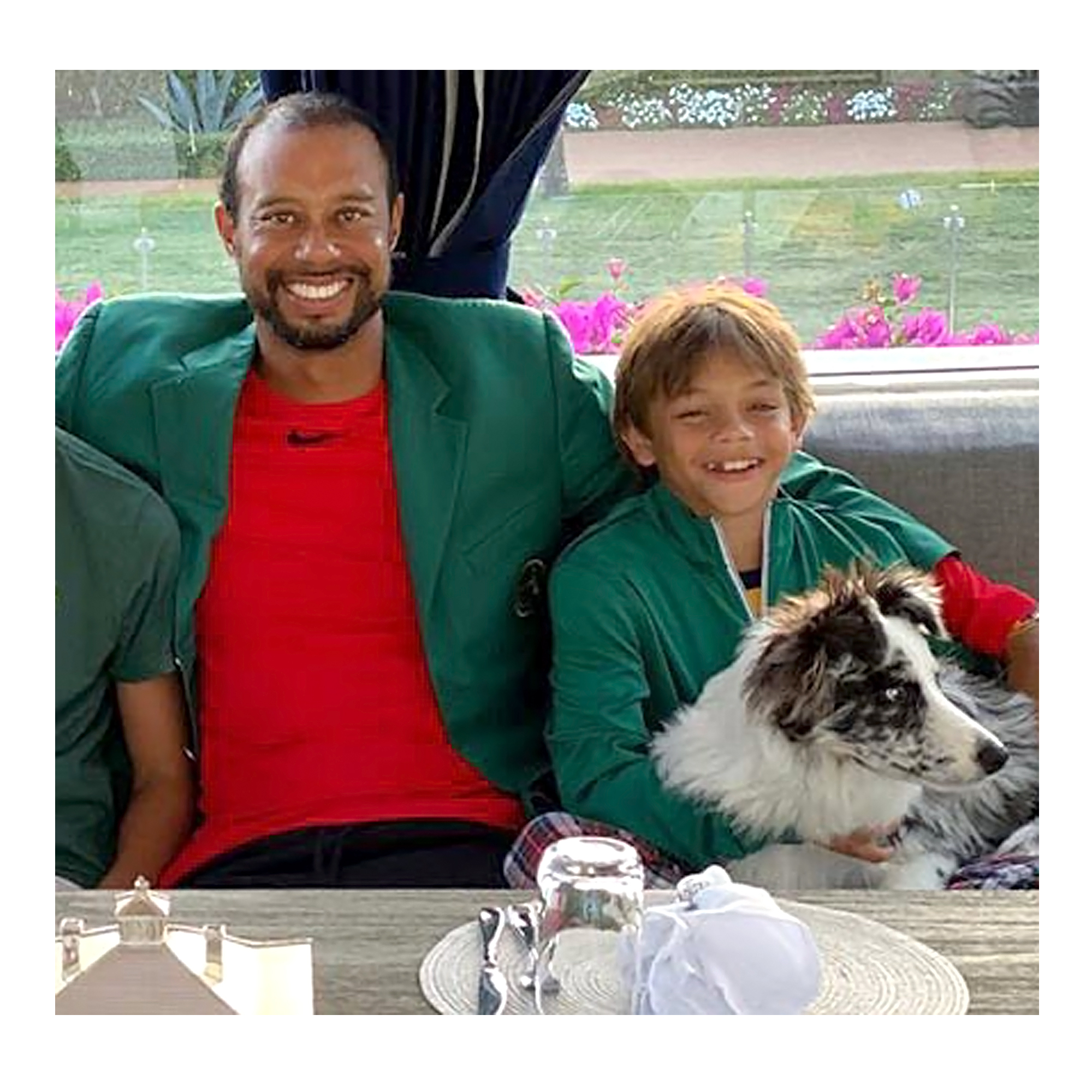 Celebrities and Their Look-Alike Kids

When Charlie competed at a junior golf event in South Florida in January, Woods, 44, caddied for his son. “Tiger Woods’ son at age 10 hits it better than I have my entire 27 years of existence,” one Twitter user captioned a video of Charlie’s golfing skills.

The professional golfer shares his son with ex-wife Elin Nordegren, as well as their 13-year-old daughter, Sam. Following the How I Play Golf author’s 2009 cheating scandal, the former couple have worked hard to amicably coparent their kids.

“Having the relationship that I have now with her is fantastic,” the athlete told Time in December 2015. “She’s one of my best friends. We’re able to pick up the phone, and we talk to each other all the time. We both know that the most important things in our lives are our kids. I wish I would have known that back then.”

The California native added at the time: “I’ve taken the initiative with the kids, and told them upfront, ‘Guys, the reason why we’re not in the same house, why we don’t live under the same roof, Mommy and Daddy, is because Daddy made some mistakes.’”

Nordegren, 40, became a mom for the third time in October 2019 when she welcomed her and boyfriend Jordan Cameron’s first child together.

Us Weekly confirmed the Swedish star’s pregnancy in June 2019. Nordegren was “very happy” about the news, a source said at the time, adding, “Elin maintains a low profile and has a normal, boring life. Florida allows her to live that quiet life. … She’s surprised that people care that she’s pregnant.”