Master at motherhood! When JoJo Siwa filmed a video with Kim Kardashian’s daughter, North, she got a firsthand look at the reality star’s parenting skills.

“She was really into it,” the Dance Moms alum, 16, told Us Weekly exclusively of the Keeping Up With the Kardashians star at JoJo Siwa’s Sweet 16 Birthday Celebration on Tuesday, April 9. “She was always there. Like, she let North do her thing, but she was always there in case she needed her. That was a really good thing.”

The YouTube star and Kardashian’s daughter, 5, hit it off while filming their March video. “If she wants to come onstage, she’s invited,” Siwa told Us of her upcoming concert. “I love sharing the stage with [my friends]. She’s definitely invited if she wants to come dance for a number.” 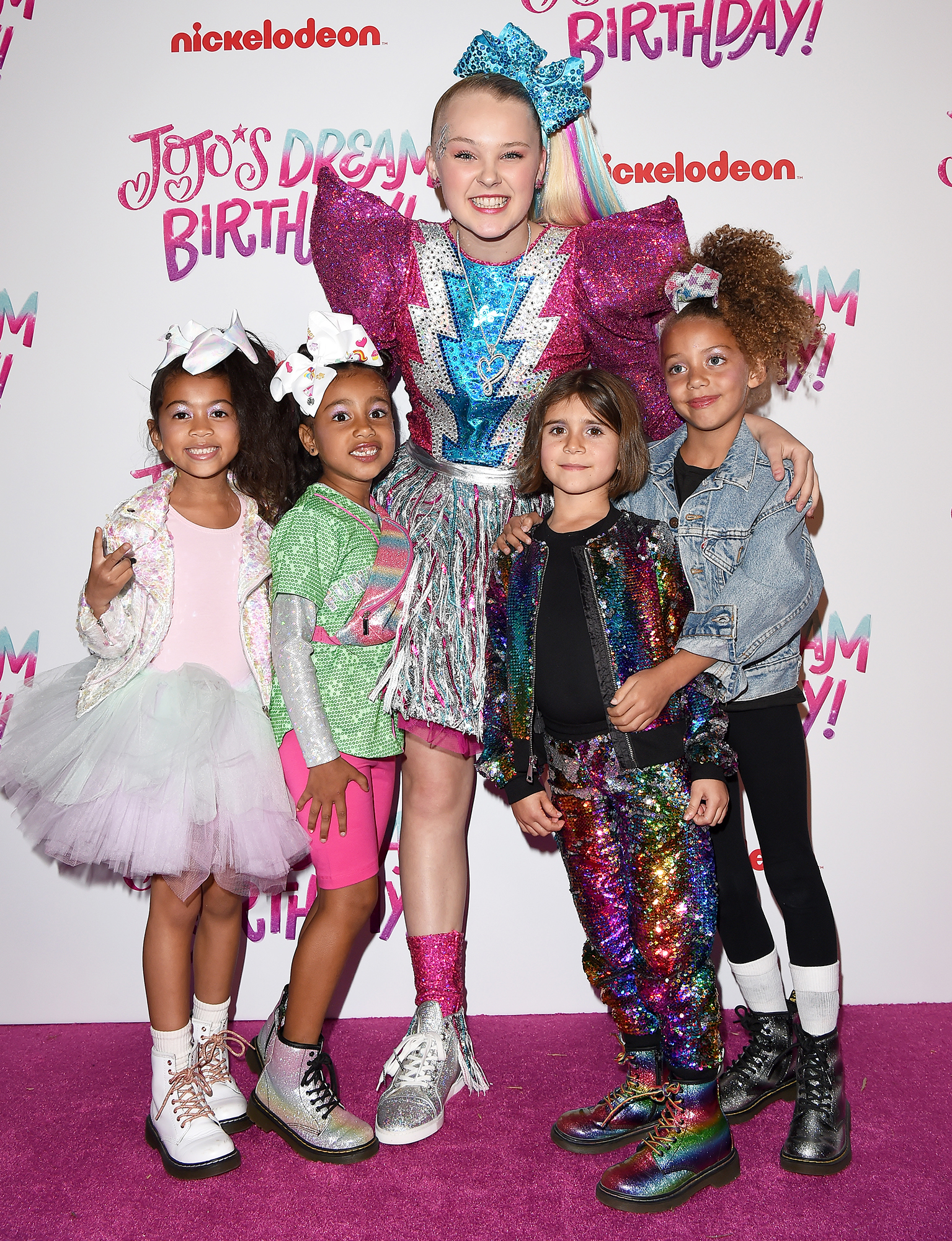 But the Nebraska native didn’t just bond with North — she texts Kardashian as well. “[Kim] sends me pictures of the kids,” Siwa told Us. “I asked her if the kids were coming today, and she responded with what the answer was. We just talk.”

The “High Top Shoes” singer added: “She actually gave me some great advice. She said she was always here for me if I needed it, so she’s a really sweet person. … I think that we both understand what this world is like, and that we both just want people to be nice and be happy and be friends and be supportive, and I think that’s what makes it work.”

JoJo’s mom, Jessalynn Siwa, echoed this sentiment, telling Us, “Kim texts JoJo all the time. And she’ll be like, ‘Hang on, mom. Kim’s texting me.’ They’re really good friends, and I love it. I love it so much. “

The Dance Moms alum, 44, wouldn’t mind also being in touch with the KKW Beauty creator. “I bet she’s gonna want North to be, like, a little celebrity in the child acting world,” Jessalynn said. “So I could probably give her some advice.”