Jessie James Decker shared snaps and videos of a fun family getaway on her Instagram feed — but among the comments from her fans there were some remarks that were less than kind, and the country singer was not having it.

Along with her husband, former NFL player Eric Decker, and their three kids — 8-year-old Vivianne, 7-year-old Eric II, and 4-year-old Forrest — James Decker was enjoying a trip to Mexico. Sharing snaps from the family vacation, she wrote on Instagram, “Vacation Decker style,” to which her husband replied, “Sunshine football and beach time!! Gobble gobble’d in our element.” Later she added more pictures and videos in another in-feed post, writing, “had the time of our lives on a much needed family vacation!!!! So grateful for the sun, fun, food, family and friends — until next time.” She posted both pictures and videos of her family out on a boat, and lounging by the water in their swimsuits.

The unkind words came via Instagram users who took issue with the kids in swimsuits and the children’s bodies, which is obviously not okay. And James Decker wasn’t going to have any nonsense like that clogging up her social media feeds.

Today took note that the mama was quick to write back to those who left less-than-positive comments. “From one mother to another,” she wrote to one commenter, “Please don’t call my children’s appearance strange just because they don’t look the way you think they should? It’s unkind.”

It wasn’t too long ago that James Decker actually opened up to SheKnows about her point of view on handling negativity online. She was happy to make it clear that she’s not out on social media looking for negativity. “I’ll skim through a few things because I like to hear if there’s some positive feedback,” she told SheKnows in 2019. “Sometimes, I’ll write a little smart-aleck comment back just to be funny, but I don’t really read them. I feel like I’m kind of in the dark. I even deleted Twitter. But, I will say that there are some mom-shamers — but there are some moms who are just trying to give informative information, and I’m kind of appreciative.”

Once she’d taken care of those unkind commenters — and wrapped up her holiday getaway — the country singer was back to work. The first order of business: Promoting her new single, “I Still Love You.” She teamed up with singer and songwriter Billy Currington for the track, and she couldn’t be more excited. In sharing a look at the music video on Instagram, she wrote, “I truly mean it in my heart when I say this is the best song/project I’ve ever put out and it’s been a long time coming.” 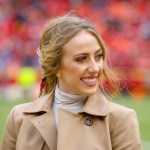